WHY POWER CORDS ARE IMPORTANT


"Generic power cords actually do cause audible problems and that's why a thoroughly engineered cord can make great improvements in music reproduction. Of course, the reason we hear sonic changes from power cords is that component power supplies are imperfect and they allow power line noise to mix with the music, which masks detail, adds coloration and compresses the sound. Shielding a cord is helpful because it can eliminate external interference and increase capacitive filtering, but other audible problems remain. These problems include triboelectric noise, strand interaction and contact noise. 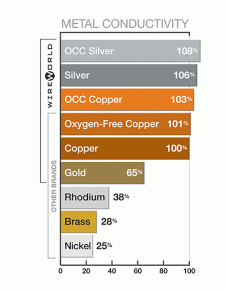 Triboelectric noise is a static charge/discharge effect that takes place where conductors touch insulation. This noise is commonly defined as a reaction to vibration, but we've found that it is also generated by the current passing through the cord. The magnitude and frequency distribution of this noise varies dramatically according to the insulation materials used in the cord. The standard PVC insulation used in generic cords is not quiet.

The conductors in generic power cords are bundles of bare strands, which cause the audible problem known as strand interaction. Simply stated, strand interaction is caused by the electromagnetic proximity effect, which forces some of the current to jump from strand to strand as it passes through the cord. Of course, the connections between strands are imperfect and often poor because the copper oxide on their surfaces is semi-conductive, so it also creates noise.

The plug contacts on generic power cords also create noise. In particular, the common nickel-plated brass contacts are especially noisy because of their low conductivity, but bare brass can even be worse if it's corroded. Improving these connections alone can make dramatic improvements in sound quality and silver contacts are measurably quieter than the alternative metals."