DO YOU EXPERIENCE FRISSONS WHEN LISTENING TO MUSIC?


DO YOU EXPERIENCE FRISSONS WHEN YOU LISTEN TO MUSIC? 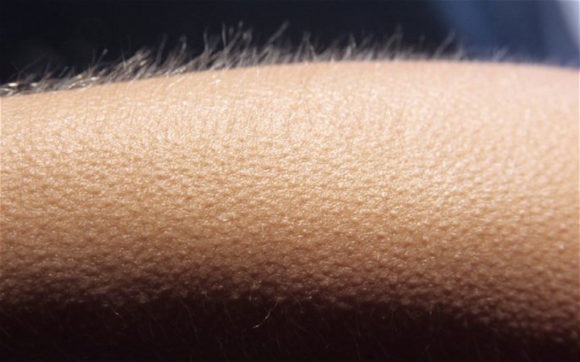 I’ve been thinking about why we’re all audiophiles for a long time; I’ve come to believe it’s an addiction to “musical frissons” that we crave. I recently began to investigate the science of “musical frissons”, when our bodies involuntarily experience the physical reaction of goosebumps and feelings of euphoria when hearing certain songs and artists, particularly on hi def / hi res AV systems at high levels. I also include those songs that move me to tears as well, while not experienced as pleasure, being moved emotionally is a type of frisson moment in my book.

Not everybody experiences frissons and of those that do, many are unique to the individual, meaning what gives me frissons might not work the same way for you. However, it’s pretty likely that if you’re sitting next to someone and experience a frisson moment, the person next to you will too.  It’s a real thing.   First, its pronounced Freeze-On, it’s a French word for “shiver”.  Let’s see what Wikipedia says about it:

Frisson (French for ‘shiver’) is a sensation somewhat like shivering, usually caused by stimuli. It is typically expressed as an overwhelming emotional response combined with pilo-erection (goosebumps). Stimuli that produce a response are specific to the individual.

Frisson is of short duration, usually no more than 4–5 seconds, usually pleasurable. [1] Typical stimuli include loud passages of music and passages that violate some level of musical expectation. [2]

It has been shown that during frisson, the skin of the lower back flexes, and shivers rise upward and inward from the shoulders, up the neck, and may extend to the cheeks and scalp. The face may become flush, hair follicles experience pilo-erection. This frequently occurs in a series of ‘waves’ moving up the back in rapid succession. The frissoner usually feels the experience as involuntary.

It has been shown that some experiencing musical frisson report reduced excitement when under administration of naloxone (an opioid receptor antagonist), suggesting musical frisson gives rise to endogenous opioid peptides similar to other pleasurable experiences. [3] Frisson may be enhanced by the amplitude of the music and the temperature of the environment. Cool listening rooms and movie theaters may enhance the experience. [2]

That sums it up. We’re all chasing the same experience; that explains why Adele sold 30 million copies of her album “21” and millions more of her Blu-ray Concert Live at Royal Albert Hall. This music, heard live or at high SPL at home on a hi res AV system, produces more “frissons per disc” than any other. There’s a lot of great frisson moments in other Blu-ray Concerts as well, U2 Live in Paris, Ed Sheeran Live at Wembley, The Rolling Stones Live in Hyde Park, the Bee Gees One Night Only, Led Zeppelin Celebration Day, SADE, Peter Gabriel, Sting, and so many others. For those that love jazz, classical, and opera, we can easily imagine how these frisson moments must feel spiritual and uplifting too

If you think back to when you were young, you’ll remember the first voice and music that gave you goosebumps. For me, it was always Barbra Streisand, it didnt matter which song she sang, I knew it would always come over me like a wave, it was always a wonder and now we know this happens to one degree or another to all of us.

The science has all been done in the last 15 years so it’s a new field of study but it’s becoming more a part of our conversations. I just did a presentation of the Essence HDACC and Class D amp for the Sarasota Audio Society a couple of weeks ago, many in the group had not seen or heard a Blu-ray concert and I brought a bunch of my favorites with me. They had a nice 55″ HDTV display with a Blu-ray player, the new Spatial speakers, and this system induced musical frissons for some of those who attended, they remarked about it after I left according to the meeting’s host.  If even one of them felt a frisson, it was worth the effort to me.

So I want you all to think about it the next time you get what JLo calls the “goosies” when listening to a concert or movie soundtrack. I want you to rate the experience on a scale of 1 to 10 so we can all learn from each other which discs have the most frisson moments.  One song that never fails to deliver the frissons is Kashmir by Led Zeppelin, performed live in 2007 in London.

This subject is rarely talked about but it’s the reason we spend the money and take the time to assemble good systems, we derive physical pleasure from the experience.

Share your thoughts with me, which music is giving you frissons these days? – Bob Rappaport

*Bob Rappaport is an award-winning sales and marketing exec, consultant and product launch specialist to manufacturers of high performance audio / video products for consumer and professional applications. Holder of 2 patents for analog matrix surround decoding, winner of 12 CES Innovations Design & Engineering awards, recognized in the Who's Who of American Inventors, and the leading advocate for adoption of the Blu-ray audio standard for music and movies; currently the CEO of Essence For Hi Res Audio manufacturing the HDACC Upsampling 24/192K DAC Preamp, DPA-440 Class D Power Amp, and online marketer in the USA for Acoustic Energy, Ceratec, Core Power Technologies, REVO, Verisonix Headphones, and ARCHT One.

And another from The Proceedings of the National Academy of Sciences of the United States.
Read it here.