To begin with, I don’t like the term “computer” audio. First, typical computers (PC or Mac) are used less and less these days to play music files and second, it’s a turn off for audiophiles who may have an aversion to computers. In today’s world, modern music servers have surpassed typical computers both in terms of performance and, by a huge margin, simplicity. But let’s explore how we got to this point.

Years ago computer savvy listeners found that using a computer to play their digital music sounded great and offered new found flexibility, allowing them to access vast music libraries with relative ease. Unfortunately, one had to be particularly computer fluent, and be willing to spend a good deal of time (and often frustration) to make this work. And, even in the best case scenarios, there were issues with hardware compatibility, software crashes and complex set ups that were foreign to most audiophiles. So, this new realm of music reproduction remained the playground of computer geeks and closed to most listeners.

The computer itself was part of the problem. Early adopters quickly learned that a typical computer was not optimized to play music files and that both hardware and software changes were required to maximize performance. It was a case of adapting a device that was designed to do many tasks fairly well into one that was focused on performing a single task optimally. Think of taking an automobile designed for strictly street use and converting it for off road travel. It could be done, sort of, but with a great deal of time, money and often, frustration. And, in the end, still not a perfect result.

Audio manufacturers quickly realized that here was an untapped market and began to design dedicated, purpose-built music servers. In absolute terms, a modern music server is a computer, but you’d never know it. Their simple operation is more akin to a CD player, albeit with a really great remote control, and in no way resembles the complexity of playing music on a computer connected to a music system. Gone are helper software programs, operating system manipulation and hardware upgrades or modifications that were required to wrestle a generic computer into submission.

Another comparison of today’s music servers to your typical computer is build quality. Modern music servers have been built to audiophile standards. Generic computers are built to a price point using pedestrian parts and pieces to reduce cost to a minimum. Quality music servers employ audiophile grade power supplies, high quality component parts and great attention is paid to mechanical and electrical isolation, and on an on. You get the idea. It’s like comparing a Bose Wave radio to a sophisticated audiophile component. And, unlike a computer, the purpose built music server is optimized to do one thing, and that’s play music files with the highest possible fidelity.

Time To Jump In -

People are moving away from CD players in droves, and with good reason: today’s music servers offer a better way to enjoy your digital music. Simplicity, sound quality and the ability to access all of your music with a swipe of your finger make listening sessions more enjoyable than ever. Not only will you have access to all your current music, but you can now download high resolution music (so called High Res) for performance beyond CD quality. And some of the servers (such as Aurennder) now allow you to stream CD-quality music from the TIDAL music service.

So, fellow audiophiles, don’t be put off by “computer audio,” rather welcome the next revolution in music replay with a dedicated music server and enjoy your collection like never before. Call and let us guide you though the options.

Some excellent options include products from Aurender (pictured), Bryston, Sony, Technics and others. Browse our site or give me a ring for a personal tour through the options. 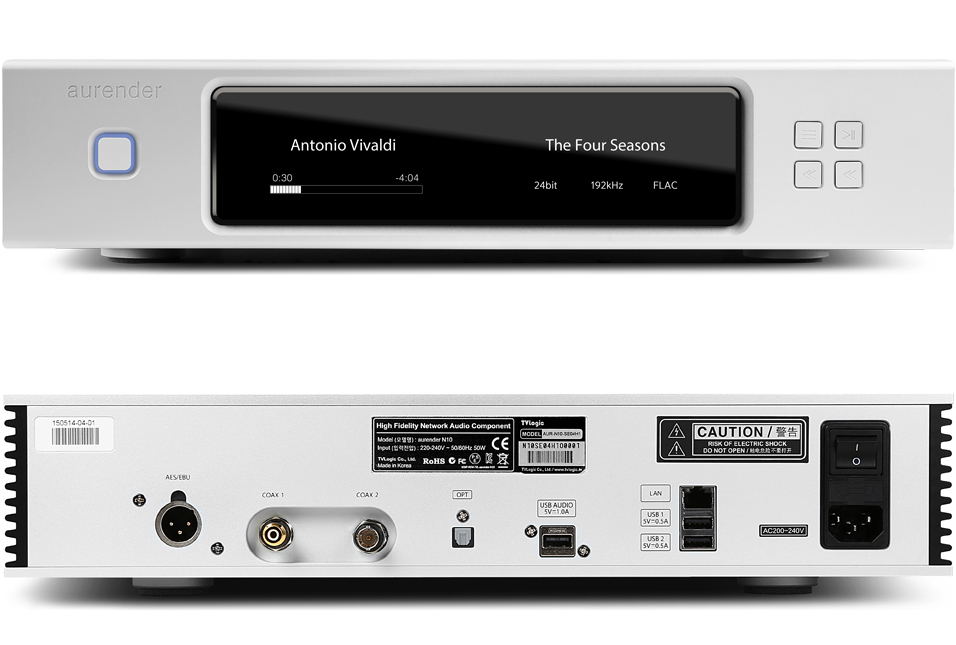