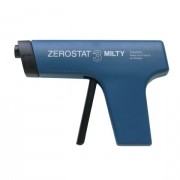 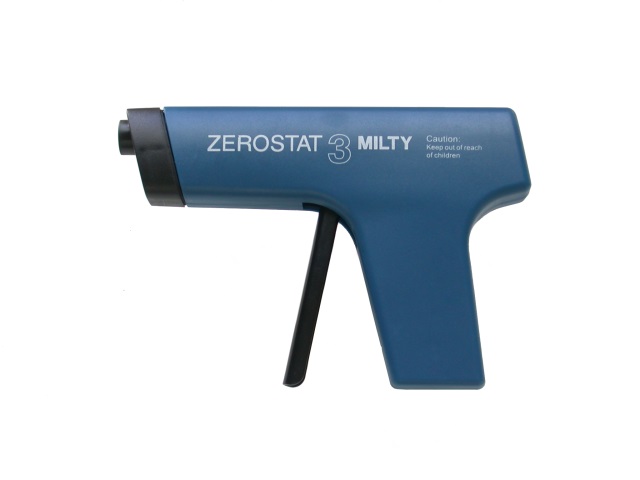 If you play records, you know how much of problem static can be. Static discharge from record to cartridge results in (often loud) pops and ticks heard through the speakers, records have to be “peeled” off vinyl platters and a charged record becomes a dust magnet. The most effective weapon against static is the Milty Zerostat 3 gun and it has been a mandatory weapon in the vinyl junkie’s tool box for years. - Galen Carol


The Zerostat 3 piezo-electric pistol emits a powerful stream of negative and positive ions that couple with the positive and negative static charges on the LP surface, neutralizing static electricity. Simply hold the Zerostat 3 pistol 12 inches from the LP, slowly squeeze then slowly release the trigger and you’re done. No more static! The Zerostat 3 is also effective on removing static charge from CDs and DVDs.

Zerostat retains its effectiveness for up to 50,000 trigger operations. It requires no power supply, batteries, or refills. An ion test indicator is included allowing you to check that the Zerostat 3 is working.