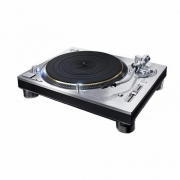 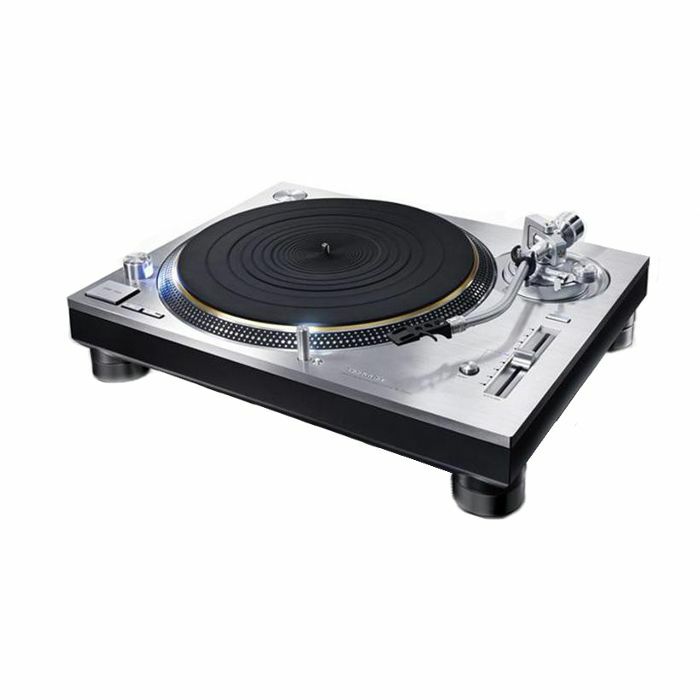 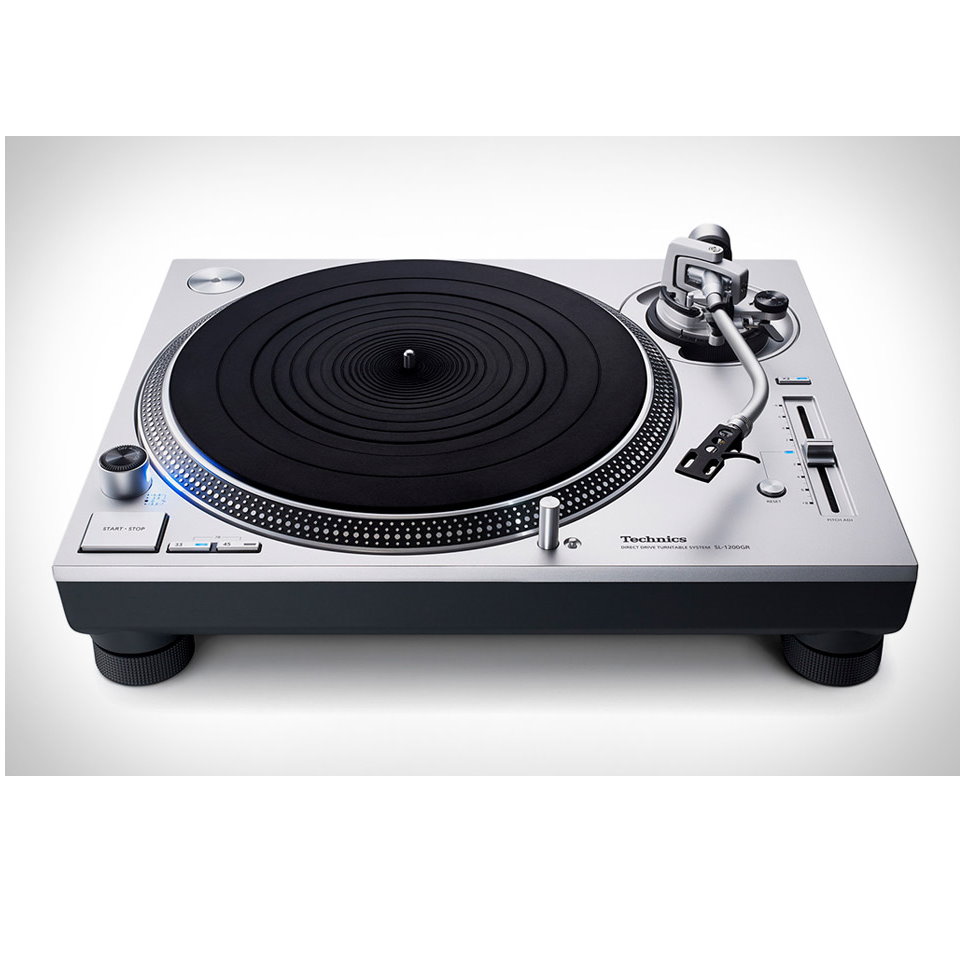 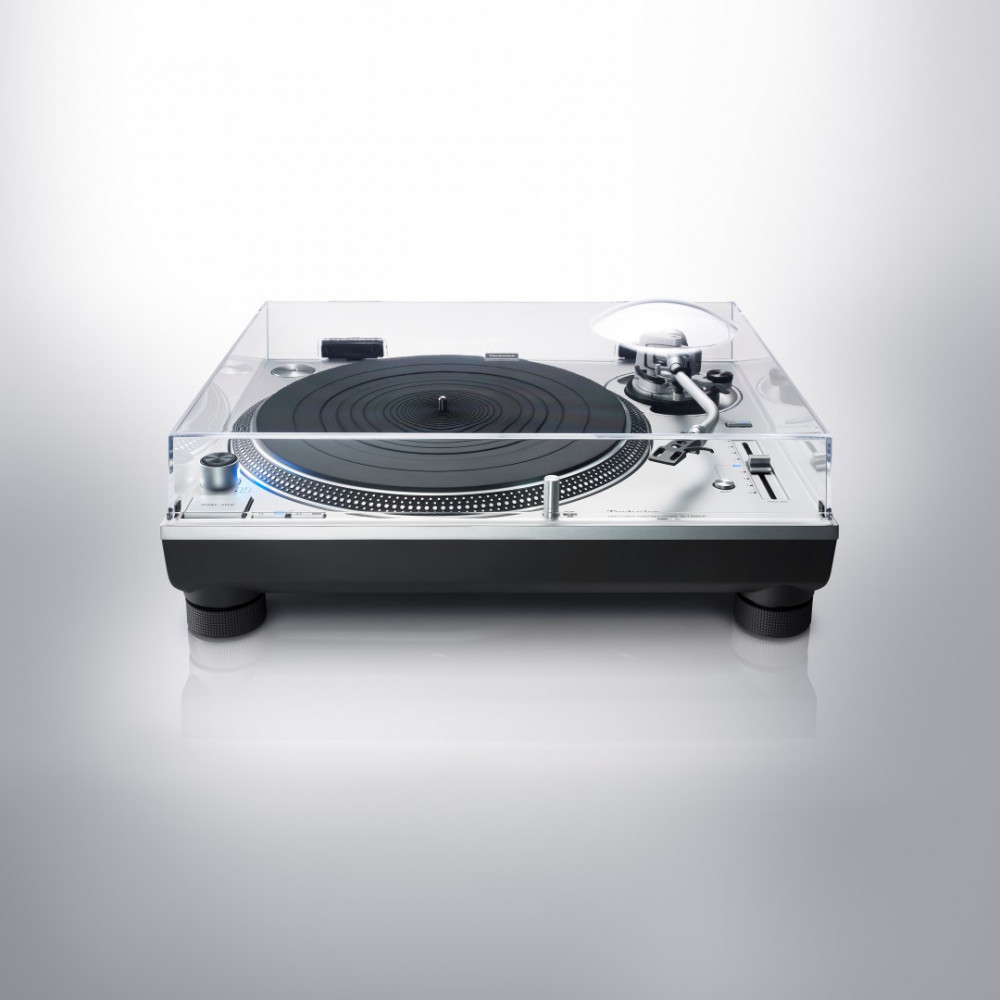 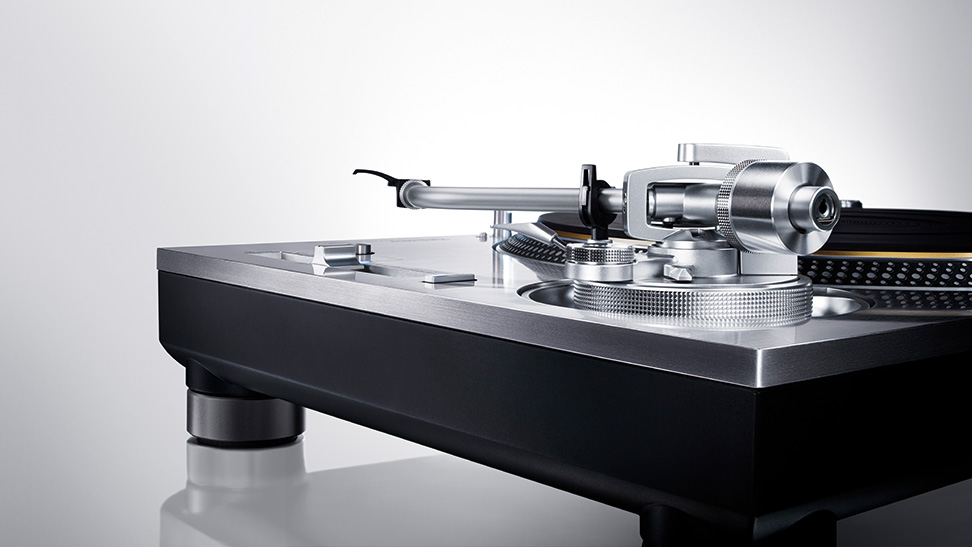 MY TAKE: The SL-1200GR brings Technics performance to a popular price point and employs much of technology and many of the performance features found in the much more expensive SL-1200G. Incredible value! - Galen Carol

Launched in 2016, the SL-1200G combined Technics‘ traditional analogue technology and advanced digital technology, while redesigning parts throughout. Its outstanding performance literally rocked the hi-fi market and redefined the reference for direct-drive turntables. Parts that were inherited from the SL-1200G were newly developed for the SL-1200GR, beginning with the coreless direct-drive motor and precise motor control technology that eliminated the cogging that originated from rotation irregularity, and including a low-vibration, high-rigidity platter and high-sensitivity tonearm. By these measures, the level of performance clearly outperforms the usual standards of its class. The SL-1200GR invites more audio enthusiasts to enjoy music with the rich, robust sound of analogue records.

In 1970, Technics commercialized the world‘s first direct-drive turntable, and the system took the world by storm. Unlike belt-drive and other systems, direct-drive systems rotate the motor at low speed and directly drive the platter, thus providing numerous advantages, such as the almost complete absence of degradation in S/N ratio due to motor vibration and deceleration mechanisms, as well as high reliability over a long period time because of not requiring parts replacement.

And in 2016, Technics developed the twin-rotor, surface-facing, coreless direct-drive motor with rotor magnets placed on both sides, thereby eliminating the rotation irregularity of the motor, referred to as "cogging," which was a unique issue for direct-drive systems. This motor was adopted for the SL-1200G, which once again drew a significant response in the hi-fi market. The SL-1200GR inherits the same design philosophy with the new development of a single-rotor, surface-facing, coreless direct-drive motor, resulting in the elimination of cogging. 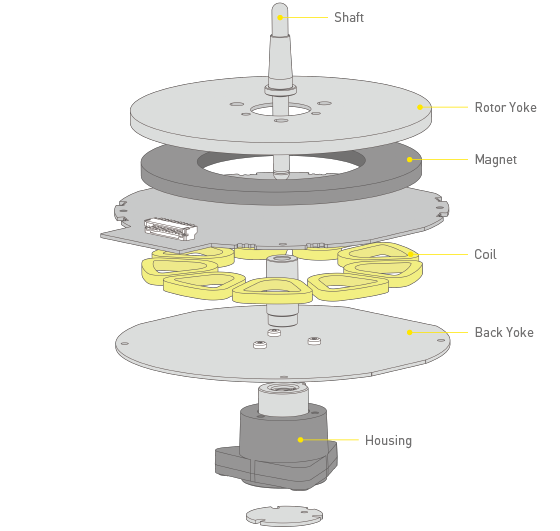 The rotation control, which verifies and corrects the precision of the motor, uses the latest motor control technology cultivated in the development of Blu-ray disc devices, just as that used by the SL-1200G. Sine waves stored in ROM are used for the control waveforms at constant speed, and this achieves smoother and more stable rotation compared with using the simple sine wave generation with an external coil as in the conventional SL-1200MK5. In addition, the electrical circuitry has had tuning performed so that the newly developed motor of the SL-1200GR achieves maximum performance. The starting torque achieves 2.2 kg x cm with only a single rotor. The same startup time of 0.7 s (at 33 1/3 rpm) as the SL-1200G has been achieved. 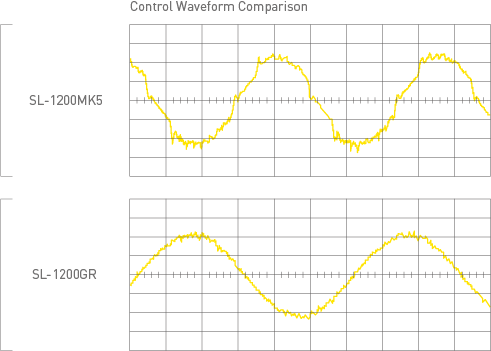 The platter achieves high rigidity and vibration damping characteristics by using a two-layer construction with deadening rubber applied to the entire rear surface of the aluminium die-cast to eliminate the unnecessary resonance that is otherwise relayed to the record, thereby producing clear sound.

To increase the inertial mass and reduce vibration, the shape of the aluminium die-cast portion was optimized by simulation. At 2.5 kg (including the rubber mat), the SL-1200GR platter is 0.8 kg heavier than that of the previous SL-1200MK5. Also, the back surface of the platter has strengthening ribs added to improve rigidity. Increasing the surface area of contact with the deadening rubber achieves damping characteristics that are more than twice those of the SL-1200MK5.

The tonearm tracks the rotation of the record and enables reading with high precision, and the tonearm inherited by Technics is the traditionally used static-balance universal S-shaped tonearm, employing an aluminium pipe with excellent light weight and rigidity for the material of the tonearm pipe.

With its gimbal suspension construction, the tonearm bearing section uses a cut-processed housing that employs high-precision bearings, as in the SL-1200G. The high initial-motion sensitivity of 5 mg or less is achieved through manual assembly and adjustment by skilled Japanese artisans. This enables the grooves etched into the records to be accurately traced. 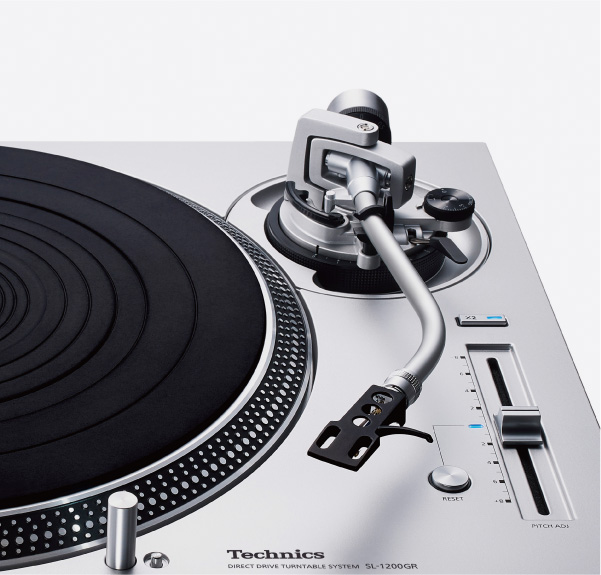 The SL-1200GR ensures high rigidity by using a body with a two-layered construction solidly unifying the BMC and the aluminium die-cast chassis. For the insulators supporting the body, as with the SL-1200G, the SL-1200GR uses special silicon rubber that ensures both high vibration damping characteristics and long-term reliability. Vibration in the horizontal direction is absorbed by reinforcement with cylindrical tubes using microcell polymers. While inheriting the technology of the SL-1200G, the insulators have had tuning performed specifically for the SL-1200GR.

Also, the installation section of the insulators is equipped with a vertical adjustment mechanism using screws. This eliminates the rattle that occurs when the turntable is installed in a rack or the like, and prevents unwanted vibration. In addition, exact horizontal adjustment of the platter and record surface reduces rotation irregularity due to slanting, thereby enabling more stable record playing.

AV Forums: "There is a bit more to the SL-1200GR as well. I am not sentimental towards the old model in a way that many people are… but… despite already owning more turntables than is strictly necessary, I covet the SL-1200GR in a way that I didn’t expect to. There’s something about its whole ethos that speaks to a world of fit and forget hardware that will handle a vast and disparate collection of music without breaking sweat. This is a rare throwback to a time when vast multinationals made turntables with the same steely determination to be the model to beat that goes into modern televisions. It might be a weird thing to be sentimental about – something which is not in any way artisanal – but the Technics is the functional opposite of almost every other record player on sale today. This is a device that performs superbly and makes you grin like an idiot at the same time. For that it comes Highly Recommended." - Ed Selley

Sound Advice: Technics SL-1200GR Turntable Product of the Year 2018 "When the new generation SL-1200GR came out, I reviewed it and it clearly bested my British turntable rig, doing apples-to-apples comparisons with the same phono cartridges. Not only was it superior, it was superior to the point where I could hardly even listen to my $4,000 turntable again. I am not the only person who felt that way. I had an audiophile buddy come over to hear the difference. I mounted the same cartridge on each turntable and played the same record at the same volume level. I played the first track on the Technics, then moved the record to the other turntable and played it again. About 45 seconds into the song, my friend said, “Ugh. Go back to the other one.”

"The $1,699 price may seem exorbitant to some, but with the SL-1200GR you are purchasing a precision instrument that will last a lifetime. If you have a lot of records, it will pay off every time you drop the needle into the groove. Think of how many TVs and computers people buy for $2,000 or more, that are then trashed and replaced in 4 to 8 years. Get an SL-1200GR and I am confident it will be spinning records for you (or your heirs) in 2050, over 30 years from now." - Don Lindich

Stereoplay (Germany): Technics SL-1200G received the first place in Stereoplay the category above 1,500€.

Learn more in this video