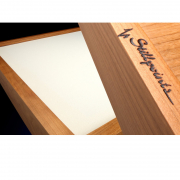 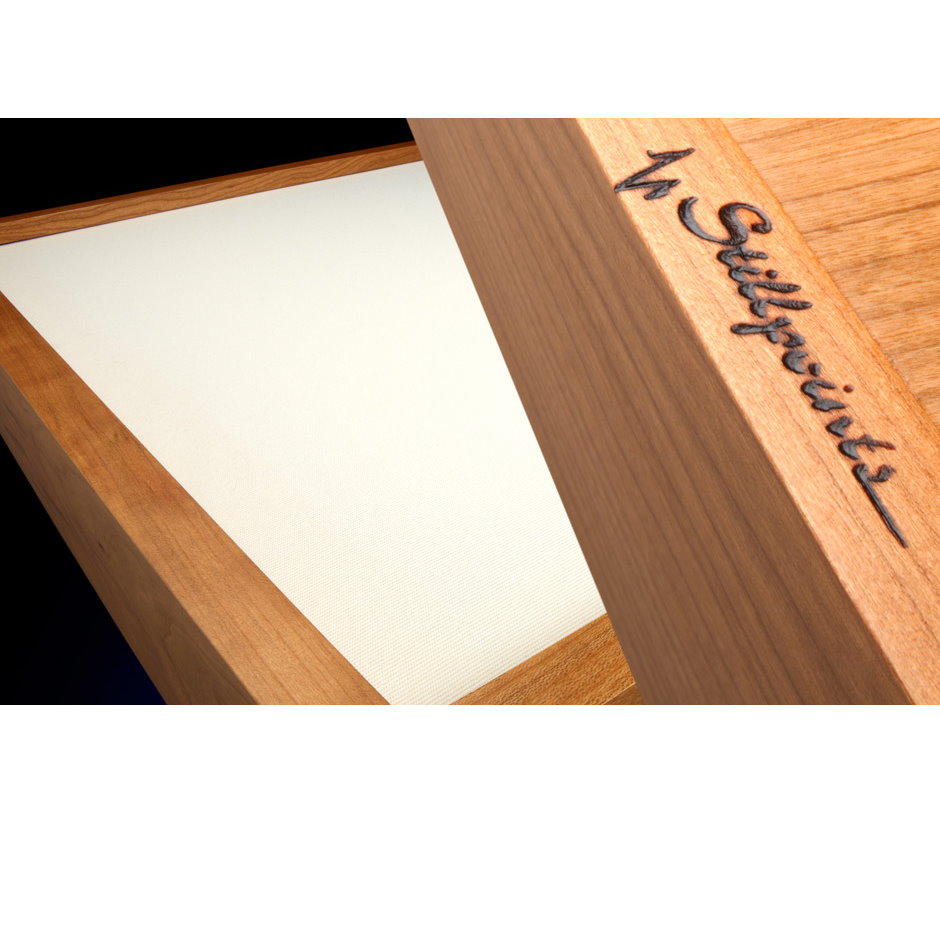 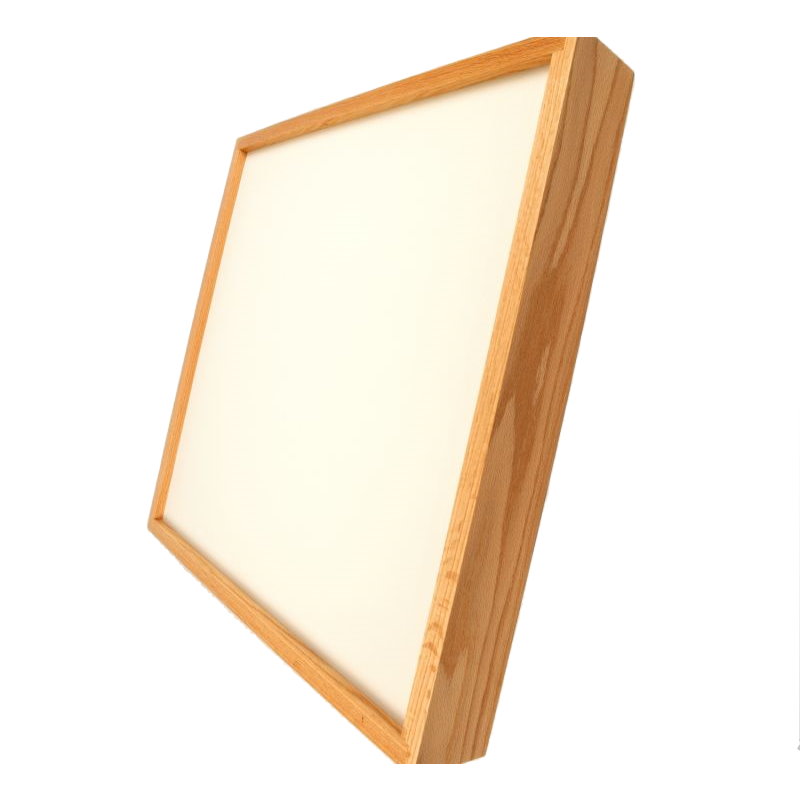 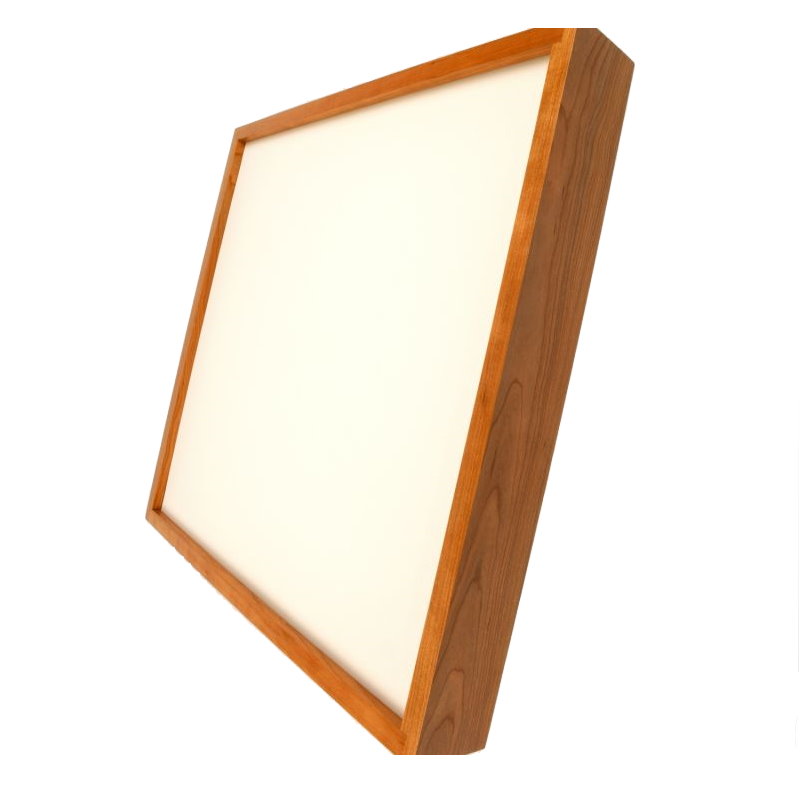 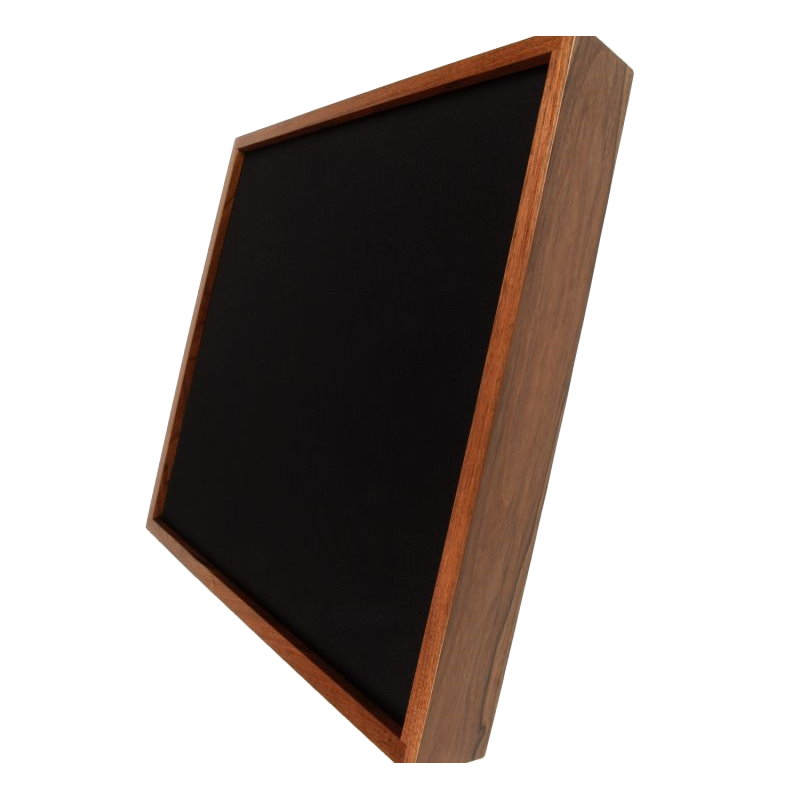 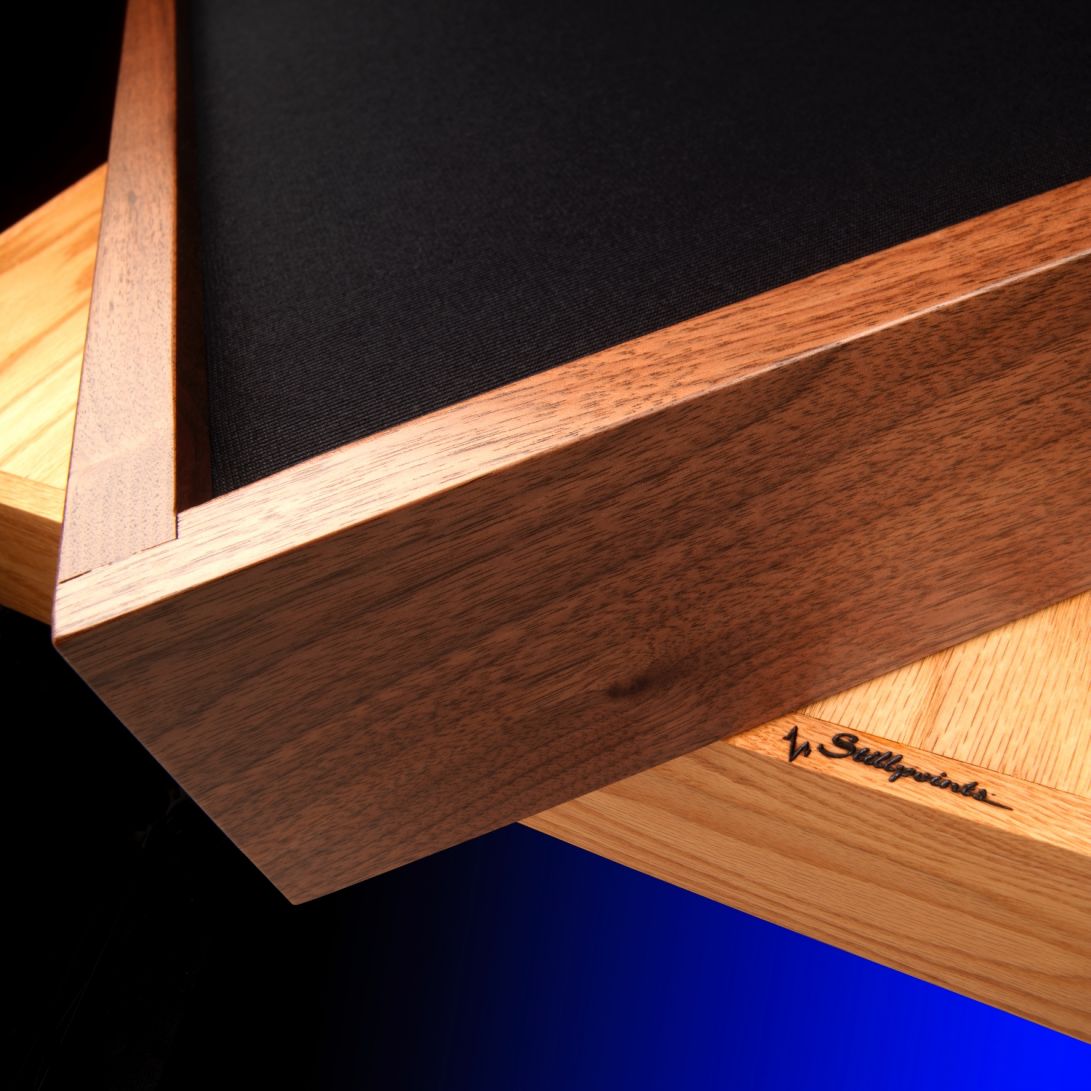 MY TAKE: Addressing acoustics issues in the listening environment is likely the single biggest missed opportunity among audiophiles. Stillpoints novel Aperture Acoustical Panels offer an easy path to elevating the performance of your audio system by reducing the negative effects of room-induced reflections. Controlling those reflections with a combination of both absorption and diffusion, Aperture Panels patented technology (Aperture Patent US 9,702,143) provides simple yet effective control of acoustics in the listening environment. - Galen Carol

When using conventional acoustic panels made of typical absorbing materials, there will be only one volume level at which the absorbing material will control the acoustic energy within the room adequately. (This is a static system.) At volumes above that level, you would need more absorption. At volumes below that level, you will have too much absorption and the room will sound lifeless, dark, and dull. The Stillpoints Aperture utilizes a blend of absorption materials, and unique design of internal chambers to trap acoustic energy. The diffusion aspect of the Stillpoints Aperture breaks up the waveforms which will aid mid to high-frequency absorption and reduction. The resonator aspect of the Stillpoints Aperture offers control of the lower frequencies only when it’s needed. Thoughtful placement can achieve wonderfully controlled bass frequencies with dynamic lifelike quality and speed. With bass energy controlled, one can enjoy a light, lively, sparkling room of shimmering cymbals and explosive drum attacks, with wonderfully clear midrange and vocals at all amplitude levels.

The Stillpoints Aperture is the only acoustical product that will give you both absorption and diffusion at the first reflection points of a system. And you want both!

The Stillpoints Apertures will not:

1. Decrease or limit the dynamics of the system.
2. Diminish the power of the bass attack.
3. Unevenly control one frequency over another. (This is often the case with traditional room treatments)

WEIGHT (depending on woods): 14lbs to 16lbs each

Stereophile, Analog Corner: "The effect of the Apertures in my room was dramatic: almost a sonic black hole. Despite the fact that my room had already been well treated with Synergistic’s HFT and FEQ devices, the Stillpoints made the boundary seem to disappear, greatly enhancing center-image stability, solidity, and focus —areas where I’d thought no improvements were possible. A second pair of Apertures, placed on the floor against the wall to the side of each speaker, removed the sense of there being any sidewalls at all. While RPG’s Skylines had made a modest improvement, the Stillpoints Apertures produced a truly dramatic and positive change in the sound. Your dealer should let you take some home to try out. If your experience with them is like mine, you won’t return them.” - Michael Fremer

Positive Feedback: "I can cut right to the chase here, since break-in was not a factor. The Stillpoints Apertures wrought an immediate and quite definite improvement to the sound of our reference stereo system, and did so regardless of changes in sources/electronics/cables.

"For me, it was clear that the Apertures opened the music laterally, made the soundfield deeper, and improved the focus and detail of the sonic presentation. I had already seen earlier improvements by the use of Synergistic Research components (e.g., Atmosphere Infinity, Tranquility Bases, Active Ground Block SE, HFT's of various generations, BlackBox, MiG's, all amazing components), and the van den Hul Extender (another must-have device in my experience), but the Apertures brought an additional openness, definitely enhancing the sense of wrap-around at the listening position quite wonderfully. It worked and played well together with other system enhancements, so that I didn't have any sense of subtraction at all.

"Quite the contrary. Synergistic heaven!

"Let me repeat that:  the Apertures were entirely a plus, and enhanced the sonic improvements of all other designs in our listening room. More gain; no pain. And the sonic advancement was immediate, instantly apparent. Walls moved back; the sense of depth was noticeable; and detail improved, without any loss of dynamics. The shift was further down the road from mere soundstage to soundspace. How can you beat that?

"Having heard the Apertures at shows over a few years, and being impressed with them there, I was much more taken with them when they were applied to the intimately known setting (20 years+) in my own listening room. The outcome? You couldn't tear the Stillpoints Apertures away from me if you tried. And I would venture to say that anyone who gave them a try, even in a smaller space, would get results similar to what I've experienced here. If this is a rave, then so be it! Amigos, you can put the Stillpoints Apertures on your very short list of system-enhancements-that-I-must-have…guaranteed.

Expect to see them on my list of Brutus Awards for 2019, to be published soon." - David W. Robinson

Coast Mastering Studios: "We use Apertures from Stillpoints to both absorb and diffuse energy in the room as needed to allow for a very direct presentation from the speakers. Imaging and localization are incredible." - Michael Romanowski

Michael Romanowski is a Grammy-nominated mastering engineer based in the San Francisco Bay Area. He is the owner and chief mastering engineer at Coast Mastering and co-owner and founder of the analog tape label The Tape Project. Michael is currently a Trustee of The Recording Academy San Francisco Chapter (NARAS), Former Chair of the National Presidents Council, former president of the SF Chapter and serves on the National Advisory Council to the Producers & Engineers Wing.

Since 1994, Michael has worked to support the tradition of the diverse San Francisco sound and has become a national expert in the art and science of mastering (Mix Magazine, Electronic Musician, AES, NAMM, SXSW, Tape Op, Potluck Con, AES Mexico, AES Europe). Michael started his audio career as a musician and live sound engineer in Nashville, where he quickly progressed to recording and mixing pop, rock, and alternative acts. In 1994, he relocated to the Bay Area to apprentice at Rocket Lab with Paul Stubblebine and Ken Lee, learning the art and craft of the mastering engineer. In 1999, he became the chief mastering engineer for Sausalito’s Plant Studios, in 2001 he reunited with Paul Stubblebine and built two new mastering rooms at the former location of Coast Records. In 2007, Michael acquired the business and continued to expand the facility.   In 2015, Michael Romanowski Mastering and Coast Recorders merged as Coast Mastering and relocated to the infamous Fantasy Studios Complex in the former Studio C. Working with Acoustician extraordinaire Bob Hodas, The tracking room and former foley room for the Saul Zaentz Media Center,  was transformed into a multi-channel mastering room. Also built in the facility is a second stereo mastering room and a separate restoration/archival room.

He teaches at San Francisco State University and SAE, and is a guest lecturer at other regional colleges.