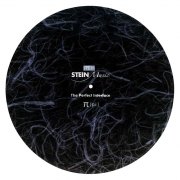 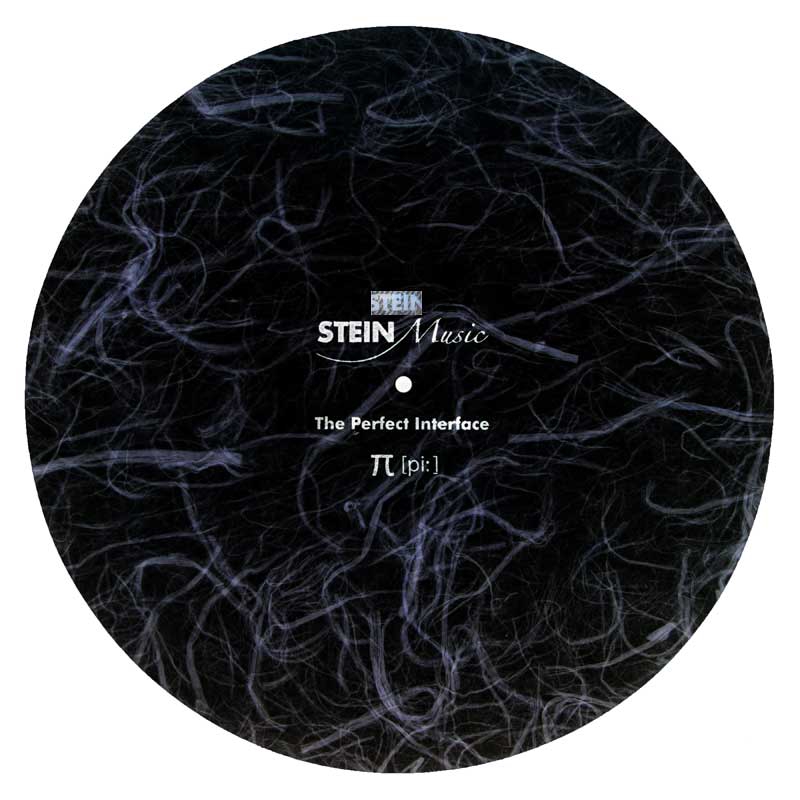 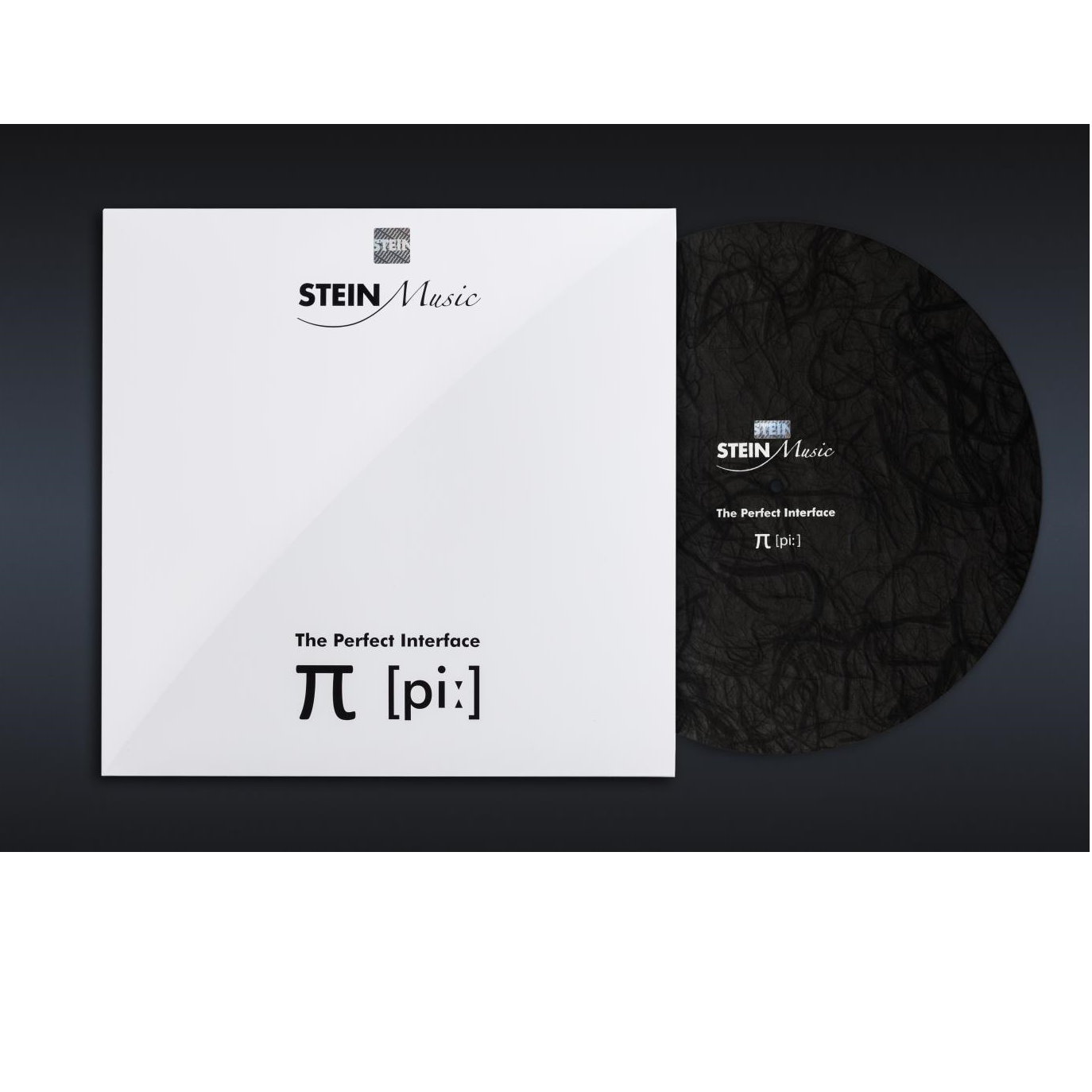 MY TAKE: "The interface between the record and turntable platter plays a significant role in determining the performance of the turntable. The Stein Music Perfect Interface Carbon Signature Mat can offer a rather dramatic sonic improvement in a high-end analog rig." - Galen Carol

The resonance optimization between the record and turntable is essential for the best reproduction quality of a turntable. Unique, hand-made Japanese paper is enhanced with carbon composite materials and quantum treatment.

Positive Feedback: "With the Standard version of the Perfect Interface, the sound of a bevy of LPs became noticeably more open, harmonically rich, and seductive. In fact, when I first cued up a record, the music caught me before I sat down. I stood there thinking, "Huh! Really?" I had been expecting an effect that was quite subtle; instead, a certain openness and rich organic sound caught my ear. LP after LP, I was quietly pleased at the result. It didn't seem to matter what genre of music; the Perfect Interface wrought a real step forward.

"Even better was the improvement several days later, when I shifted to the Carbon Signature version. Given the ease with which the pi Resonance Control mat can be put into place, the comparison of "before" to "after" is pretty easy to do. Now, in addition to the effects above, I heard more detail, a better sense of rhythm and timing, and some further gains in spaciousness and transparency. There was a greater focus, greater precision in play over the Standard version, though it was certainly no slouch. (If this was what Holger meant by "finesse," a word that can mean more than one thing, then it was definitely there.) To my ear, the Carbon Signature was worth the price differential, since I prize these audio virtues." - David Robinson

Positive Feedback: "Slip Stein Music's Pi Interface Sheet under your LP and prepare for sonic improvement most every time. Whether you have a mat or bare surface on your turntable, these superbly designed Japanese paper mats are a bell ringer for sure. Comes in two models:  the Signature White brings nuance and sweetness to the forefront, with increased definition. The Signature Black, containing carbon and other secret sauces, magnifies the performance of the White and adds drive and dynamics to the presentation.

"So thin you need no tonearm adjustments to use these. Amazing inventions from Holger Stein and his band of top German engineers! Phono just gets better and better! The Pi LP Mats finally achieve what LP mats should have done all along. Thank you, Holger!" - Robert H Levi

Holger Stein’s Pi Carbon Signature record mat is an exception. Not only is it different; it is also better—at least it is if you’re looking for a closer semblance of the absolute sound. If you’re looking for spotlit detail, then it won’t be for you. (And neither will anything else from SteinMusic.)

However, before I get to Pi Carbon Signature sonics, let me tell you what it is: It is a $650 sheet of paper is what it is. (I’m going to start a new paragraph now to give you time to pick up a pen and begin writing that angry letter.)

Of course, it’s not “ordinary” paper. If it were, you could pull a page from TAS (or if you wanted something more prosciutto-like, a page from Stereophile), punch a spindle-sized hole in it, and slap it on your turntable. No, this paper is hand-made in Japan from the same trees (usually mulberry and fig) that tapa cloth is made from. After being dried on wood, the tapa paper is sent to SteinMusic in Mülheim, Germany, where it is impregnated with SteinMusic Maestro Lacquer—“a varnish made out of the most precious natural resins in a unique composition, optimized for perfect resonance control.”

Though it consists of varnished paper and some sort of carbon additive, the Pi Carbon Signature is not as thin and light as you might imagine. It’s got some substance to it, though not enough substance (unless it’s fastened down to the platter via the little tabs of tape on its rear side) to keep it from occasionally sticking to the backs of your records. Which means that, now and then, you may have to peel the Pi from the LP and resituate it on your record player before playing Side B. This is, admittedly, a pain. But, with the Pi Carbon Signature, it is part of the price of doing business. The other part—the good part—is the effect this mat has on the presentation.

Since I started using the SteinMusic Pi, I’ve been searching for a way to explain how this sheet of paper changes sonics. Perhaps it would be best to do this is by analogy.

It is this realistic and sonically attractive “organicism” that the Pi Carbon Signature adds to each and every LP, no matter how it was recorded. This more organic presentation is something the Pi shares with almost all SteinMusic tweaks, including its H2Plus Boxes, Stones, Stars, and Suns room treatments. The inexplicability of this more organic effect is something else the Pi shares with Holger Stein’s doo-dads.

How a piece of varnished Japanese paper can consistently improve the sound of a vinyl record riding atop it is beyond me. All I can tell you is that it does—that the very thing that makes many LPs sound like LPs, like mosaics made of individually recorded bits and pieces, is replaced by something that makes those bits and pieces seem more like interrelated parts of a sonic whole.

This organic effect is not without a downside. As I said earlier, if you’re listening for highlighted details (and, to a certain extent, a vast soundstage), the more “continuous,” more compact, less analytical sound of the Pi Carbon Signature may not be your sheet of Japanese paper. If, on the other hand, you’re looking for a closer approximation of the real thing—looking for analog playback that is very much more like tape playback—then $650 doesn’t seem too much to spend. - Jonathan Valin

"Listening to the Stein Music Carbon Signature mat is like parting the curtain to directly hear the musicians on stage. You will immediately experience the openness and clarity of the music. I am very impressed by the resonance control of the mat on the LP. Everything is very focus in musical imaging. Somehow the mat stabilizes the vibration chatter between the spinning grooves and the cartridge stylus.

"I notice the new gripping character of the bass notes from Mahler massive symphony to jazz combo, with amazing exemplary agility control and definition. You can follow the distinctive bass notes from the upper bass down to the bottom sub-terrain. Of course, those airy cymbals clashes attack by the drumsticks is explosive sounding in the treble highs too. Its exhibits top to bottom frequency coherence transparency.

"You can feel this Carbon Signature mat provides a musical smoothness and a sense of very fluid sounding music. It’s a music listening surrender with ease and no mechanical edginess glare. It’s a step closer to the real event.

"I am happy the Stein Music Carbon Signature mat is working in synergy with my Shun Mook Record weight. They work in unison as resonance controlling components in draining away deleterious energy for a truer musical analog enjoyment." Thanks, Morgan H.