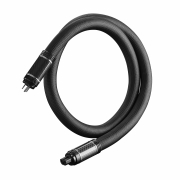 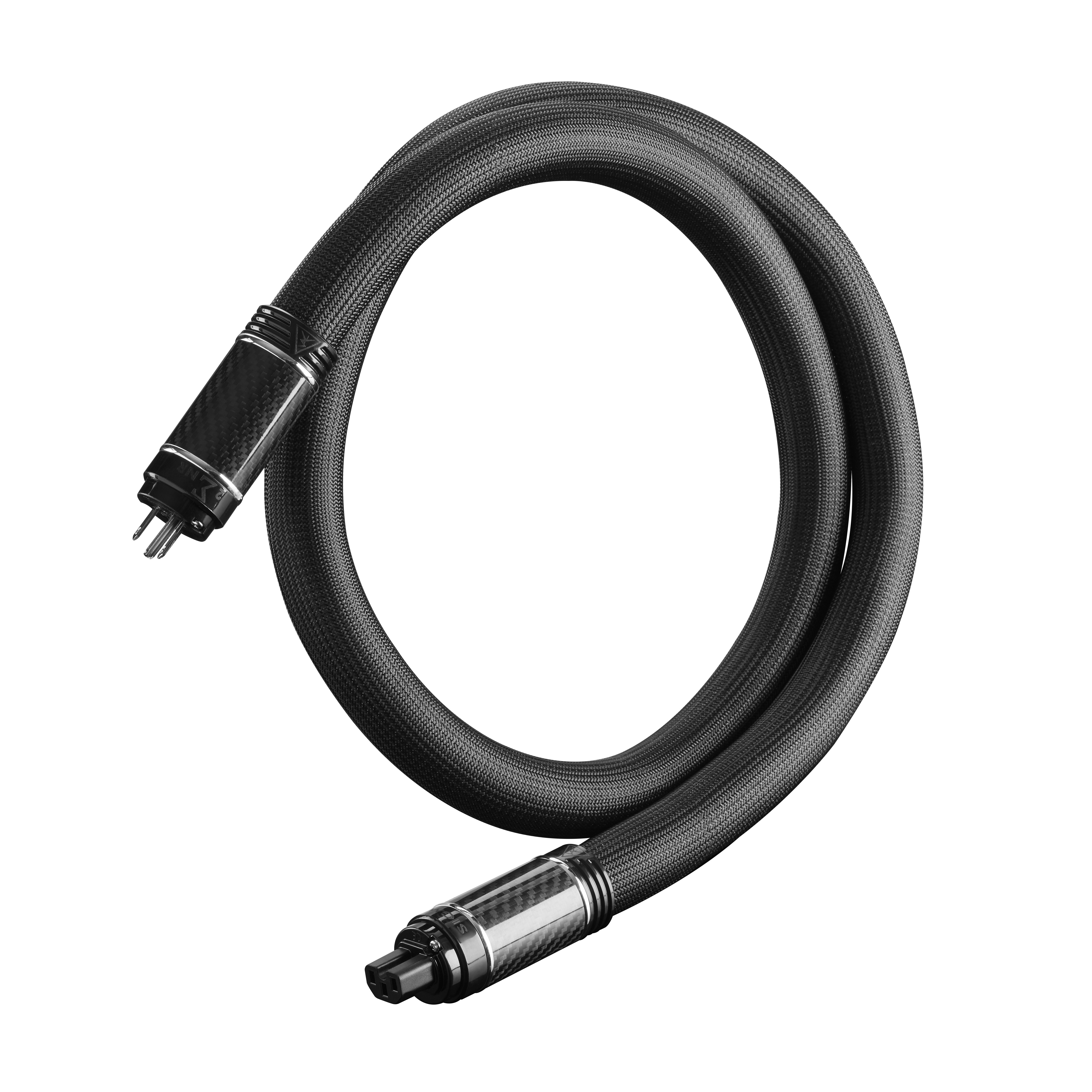 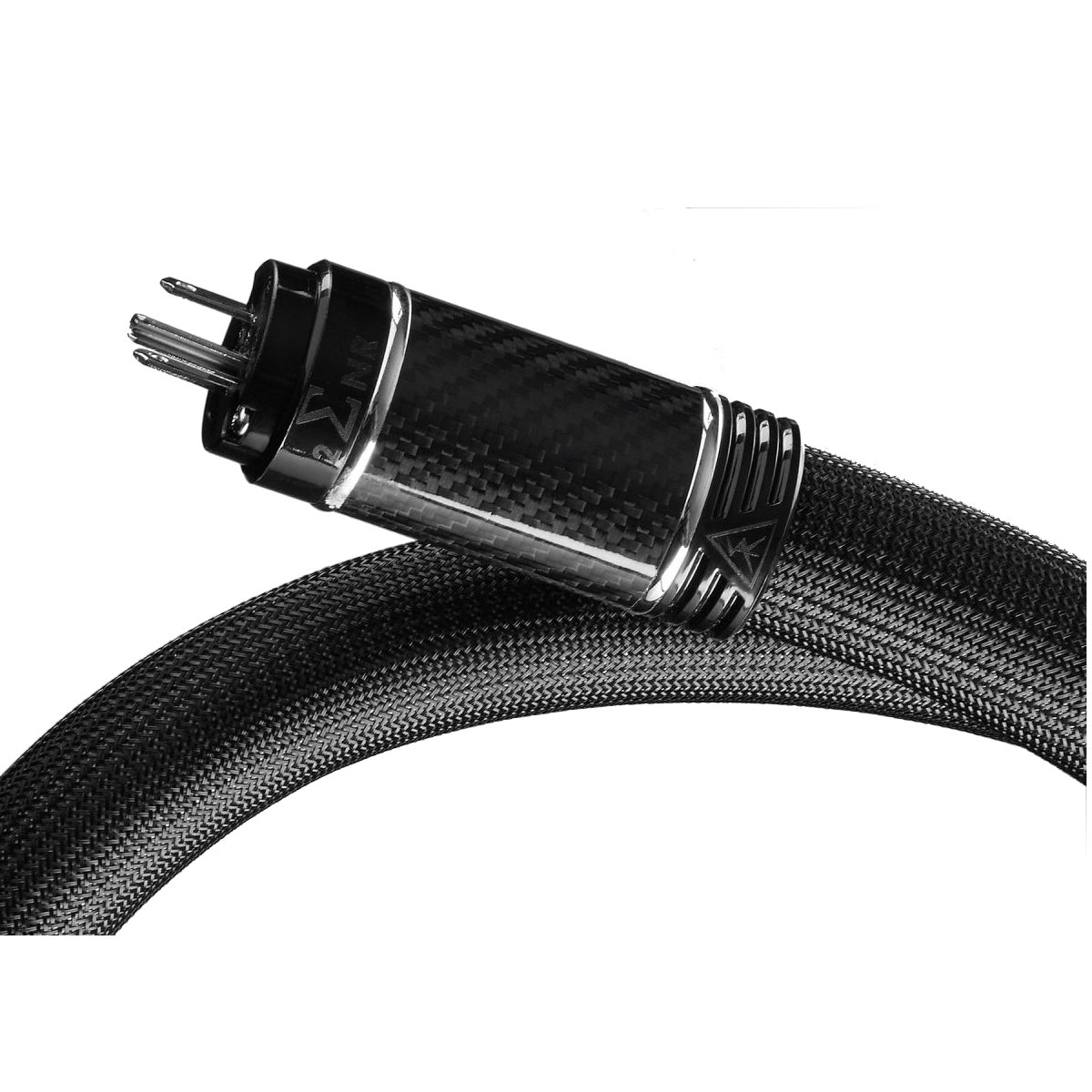 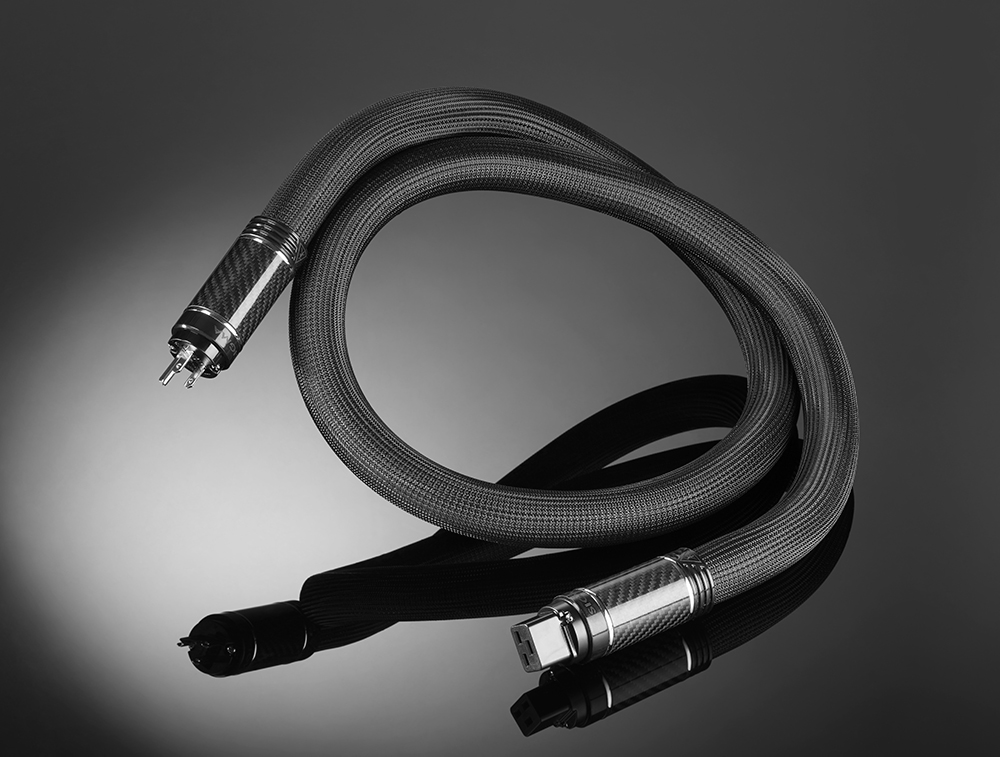 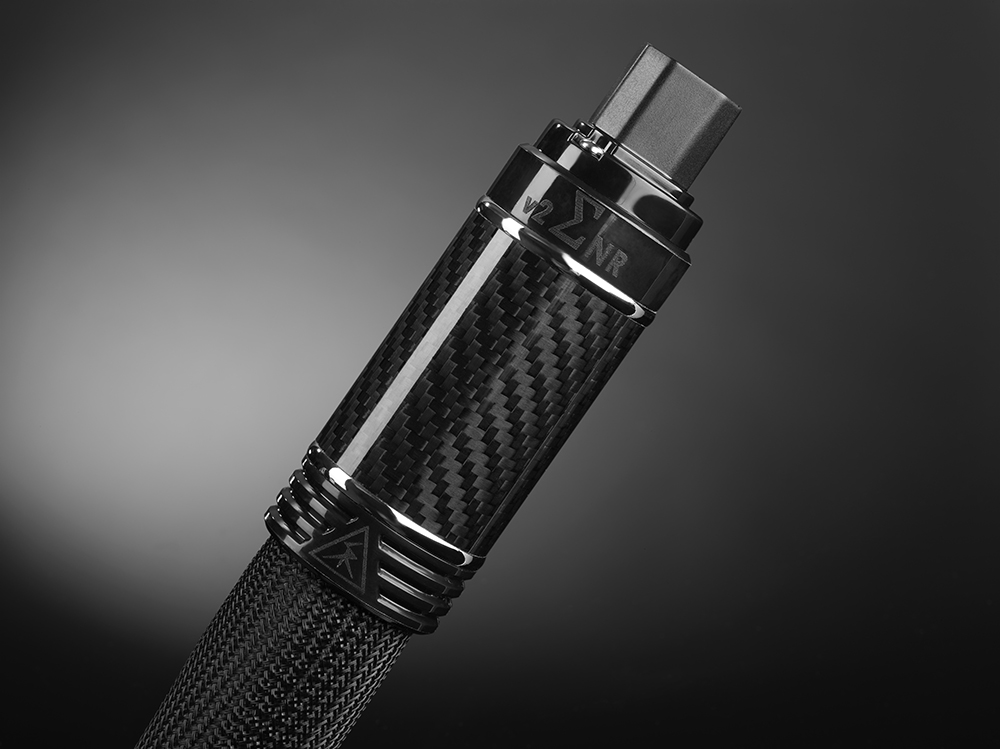 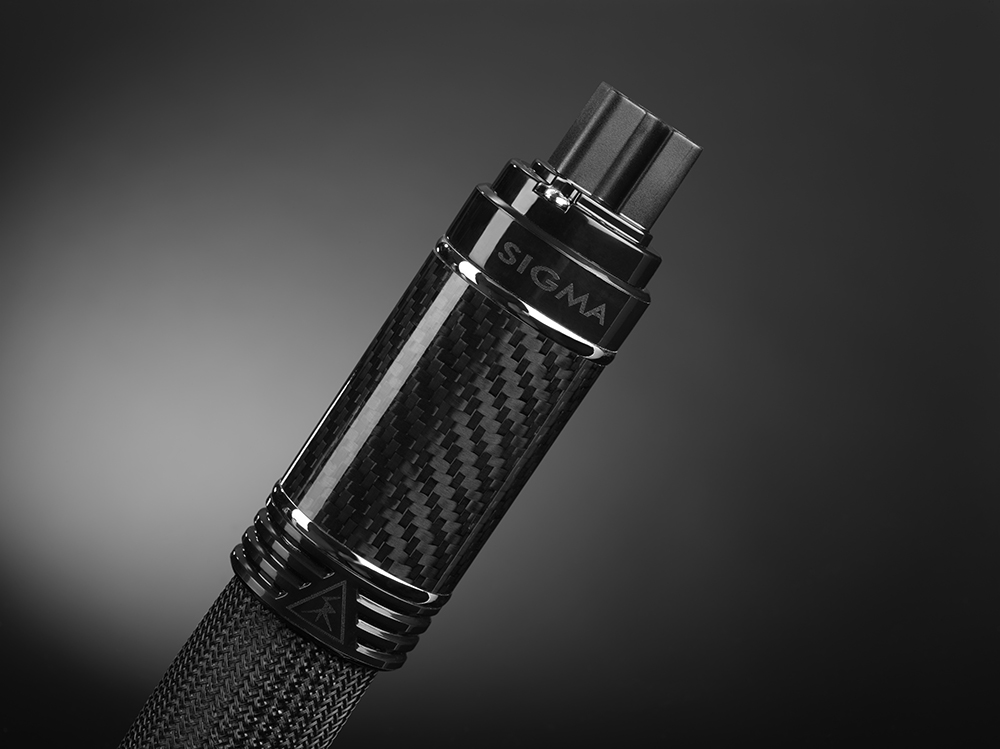 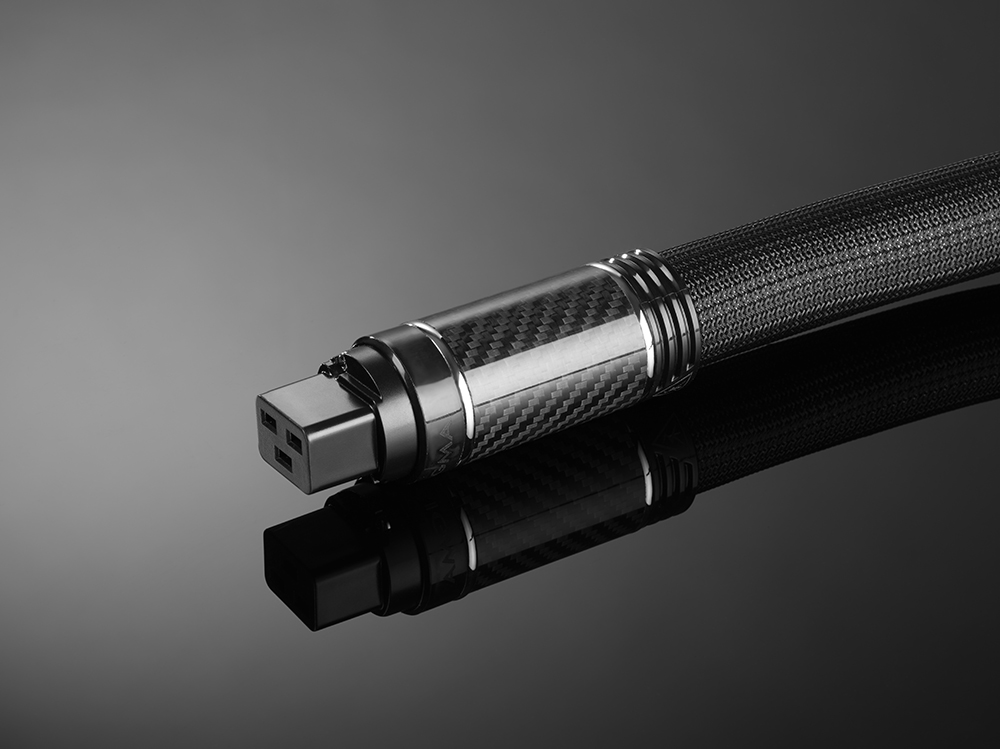 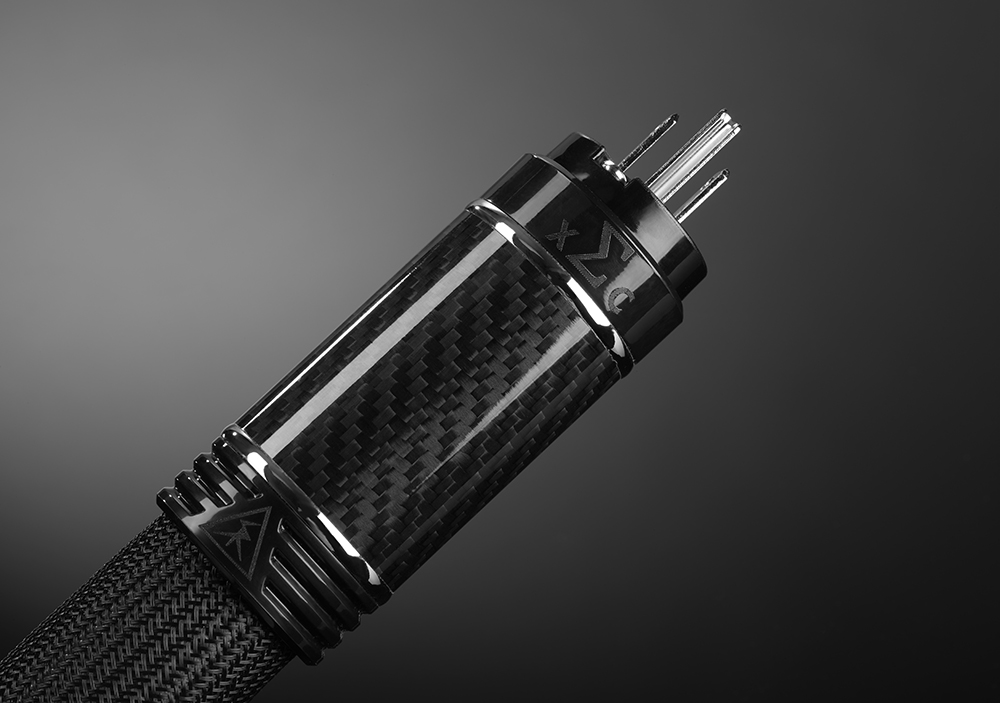 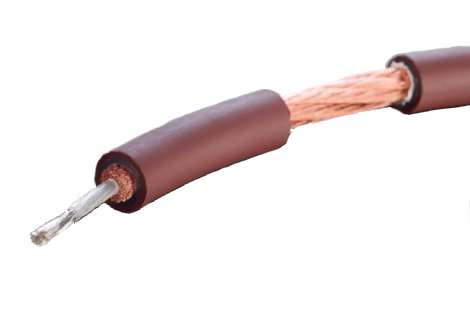 MY TAKE: Simply put, Shunyata Sigma Series cables are the best performing cable products I have ever experienced. They offer an other-worldly level of performance that is truly extraordinary. Whether it be the Sigma power cables, interconnects, speaker cables or digital links, Sigma products can elevate even the best systems to new levels of resolution and musical involvement. For those with the means, I can't recommend a product more strongly.
The latest Reference NR Series v2 cables represent the next evolution of designer Caelin Gabriel's philosophies of power cable design. His latest discoveries, implemented here, in the v2 Series, are another big step toward perfecting the power cable. Whichever model fits your budget, you are buying the state of the art technology available at that price point. - Galen Carol

All Reference Series models are priced to be accessible for a range of budgets.

Noise is an insidious problem that originates from many sources, including audio components themselves.

NR filters are specifically engineered to be non-reactive and compatible with all power supply designs including high-power amplifiers. This multi-element, wide-
bandwidth noise-reduction technology was developed by Shunyata Research’s medical division, Clear Image Scientific, to improve the performance of medical imaging systems in cardiology and neurosurgery.

Shunyata Research has developed its own line of CopperCONN™ connectors that feature solid copper contacts and true carbon-fiber head-shells (Alpha and Sigma models) that have anti-vibration qualities.

These connectors are not just beautiful; they functionally reduce micro-distortions due to the carbon fiber’s unique energy absorbing vibration reduction qualities.

Reference NR Series cables feature advancement in conductor technology that combines the transient speed and definition of pure silver with the warmth, power, and body of pure copper. VTX-Ag has a core conductor of pure silver with an outer concentric conductor of high-purity OFE copper. VTX-Ag provides significant improvements in dynamics, timing precision, and low-level resolution while preserving the subtle tonal, textural, and timbral signatures that bring music to life.

The Absolute Sound:  " I could go on, but the most important way I can sum up what the Sigma NRv2 power cord does (particularly when it is used with a Denali v2) is to say that it sounds as if you are in the room with the musicians as they create the music in the moment.

"With the Sigma NR v2, my traditional perspectives on what a stereo system can reproduce has shifted away from a language that describes gear to a language and sensibility that describes music. Remarkable, truly remarkable." - Robert Harley

The Absolute Sound: "Listening to the Sigma NR v2 cord it quickly became apparent that standard audio-review terminology didn’t apply. Rather, I came to the conclusion that using the Sigma NR v2 in conjunction with the Denali V2 power distributor required a new vocabulary as well as a new perspective, because the intrinsic quality of the musical presentation was different in a fundamental way. The most accurate way to convey this change is to adopt the language used to describe fine musical instruments, e.g. how a Stradivarius sounds compared to a Guarnerius violin, or how a Bösendorfer sounds compared to a Steinway grand.

"This power cord brings an accuracy of timbre and harmony, a musical veracity, that I’ve simply not experienced before. Yes, it’s got all the audiophile virtues I’ve described in my previous experiences with Shunyata power cables. But those attributes really don’t speak to what the Sigma NR v2 is about.

"While it sounds amazing on all types of music, the qualities of the Sigma NR v2, particularly when used in conjunction with the Denali V2 power distributor, are most fully evident on classical symphonic pieces. The power cords and the distributor work in harmony to provide a class of resolution, timbral definition, transparency, vocal and instrumental accuracy, hall spaciousness and ambience that I have not experienced before. All of this is heard against a background so quiet that the experience is like sitting with the musicians, rather than sitting with the audience. On Joaquín Rodrigo’s Fantasia para un gentilhombre with Pepe Romero and the Academy of St Martin in the Fields [Philips 438-016-2], Romero’s guitar is so fully and clearly articulated that you can hear his clear ringing tone, the spruce-and-cedar character of his guitar, and the nuances of his virtuosic technique perfectly articulated, even against the backdrop, complexity, and power of the full orchestra going flat-out behind him during very dynamic passages. Moreover, there is so much precision you can “zero-in” on every single instrument in the orchestra in the beautiful acoustics of Watford Town Hall in the UK. Normally, during these passages like these, the subtle, intricate musical details of a classical guitar can get lost against the background of an entire symphony playing en masse. With the Sigma NR v2, you can hear and pinpoint each individual musician or instrumental voice within the full orchestra.

"In studio recordings, the gestalt is one of actually being in the studio during recording rather than listening to playback of the recording session. On recordings such as Kenny Burrell’s “Saturday Night Blues” on the seminal hard-bop album Midnight Blue, or Melody Gardot’s “Your Heart is Black as Night” from My One and Only Thrill, I can hear the secondary reflections and, most incredibly, the decay of these secondary reflections splay off the opposite wall in the recording studio. “Tibet” on I Ching’s Of the Marsh and Moon [Chesky Records] is a sophisticated mix of Chinese instruments with complex tonal structures. With lesser power cords, this tapestry of sounds can easily become somewhat congested, but with the Sigma NRv2 every instrument is reproduced with extremely finely resolved detail, timbral texture, and harmonic accuracy.

"A friend recently asked me, because of the silver in the VTX-Ag conductor, whether its signature was on the analytical side of the equation or the “warmer and richer” side that some legacy Shunyata power cords, e.g. the “CX Series,” were known for. It occurred to me that I had never considered this question because the Sigma NR is so neutral. And by this I do not mean what “neutral” has come to mean to some audiophiles, which is slightly on the lean, spare, or cool side, rather than the warmer, more romantic side. I mean truly neutral: The Sigma NR v2 imposes virtually no coloration or shading of its own on the music."

Maximizing the Performance of Denali and QR/BB -
"The traditional experience of listening to live or reproduced music is one of the listener sitting back from the musicians performing in a hall or concert stage. Not so with the Sigma NR v2 and Denali v2. Rather, the soundstage and imaging is so three-dimensional and holographic it’s as if you being surrounded and enveloped within the music. Moreover, each musician and instrument is focused, palpable, and fully fleshed out. Upon reflection, it occurred to me that the Sigma NR v2 was letting me fully hear the impact and functionality of the QR/BB device in the Denali 6000/S v2 power distributor. A good analogy would be putting a larger throttle body in the fuel injector of a high-performance motor. Providing more instantaneous current (what Shunyata refers to as Dynamic Transient Current Delivery or DTCD) enables the full performances of the motor, or in this case, the QR/BB device in the Denali v2. This device, used in the Shunyata Tyhpon QR and Denali power distributors, fundamentally changes the presentation in a way that the audiophile terminology we’ve used for the last 40 years no longer adequately describes. Put quite simply, one has to experience it to get it.

Conclusion -
"I could go on, but the most important way I can sum up what the Sigma NRv2 power cord does (particularly when it is used with a Denali v2) is to say that it sounds as if you are in the room with the musicians as they create the music in the moment.

With the Sigma NR v2, my traditional perspectives on what a stereo system can reproduce has shifted away from a language that describes gear to a language and sensibility that describes music. Remarkable, truly remarkable." - Stephen Scharf