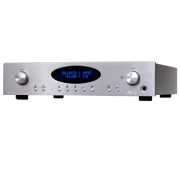 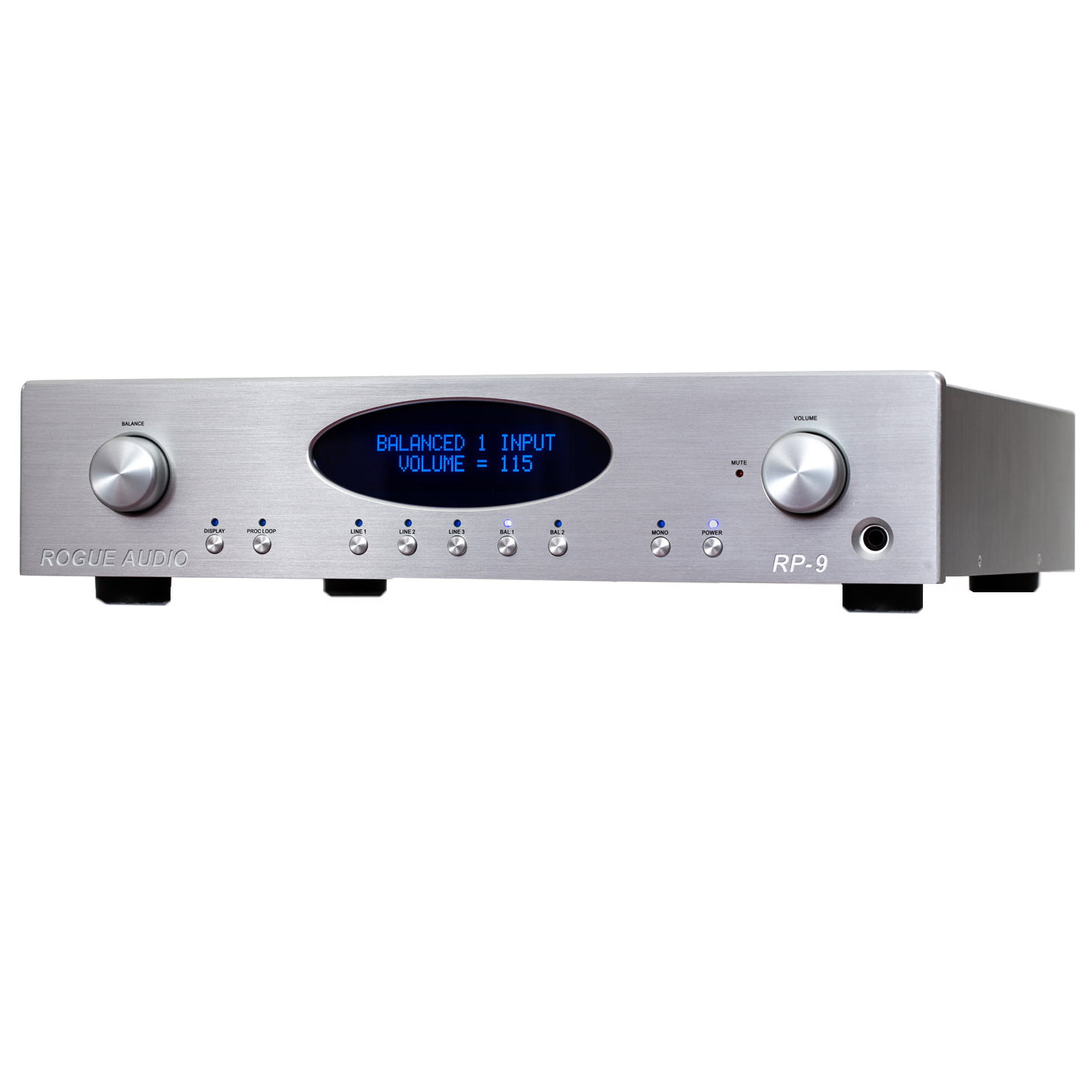 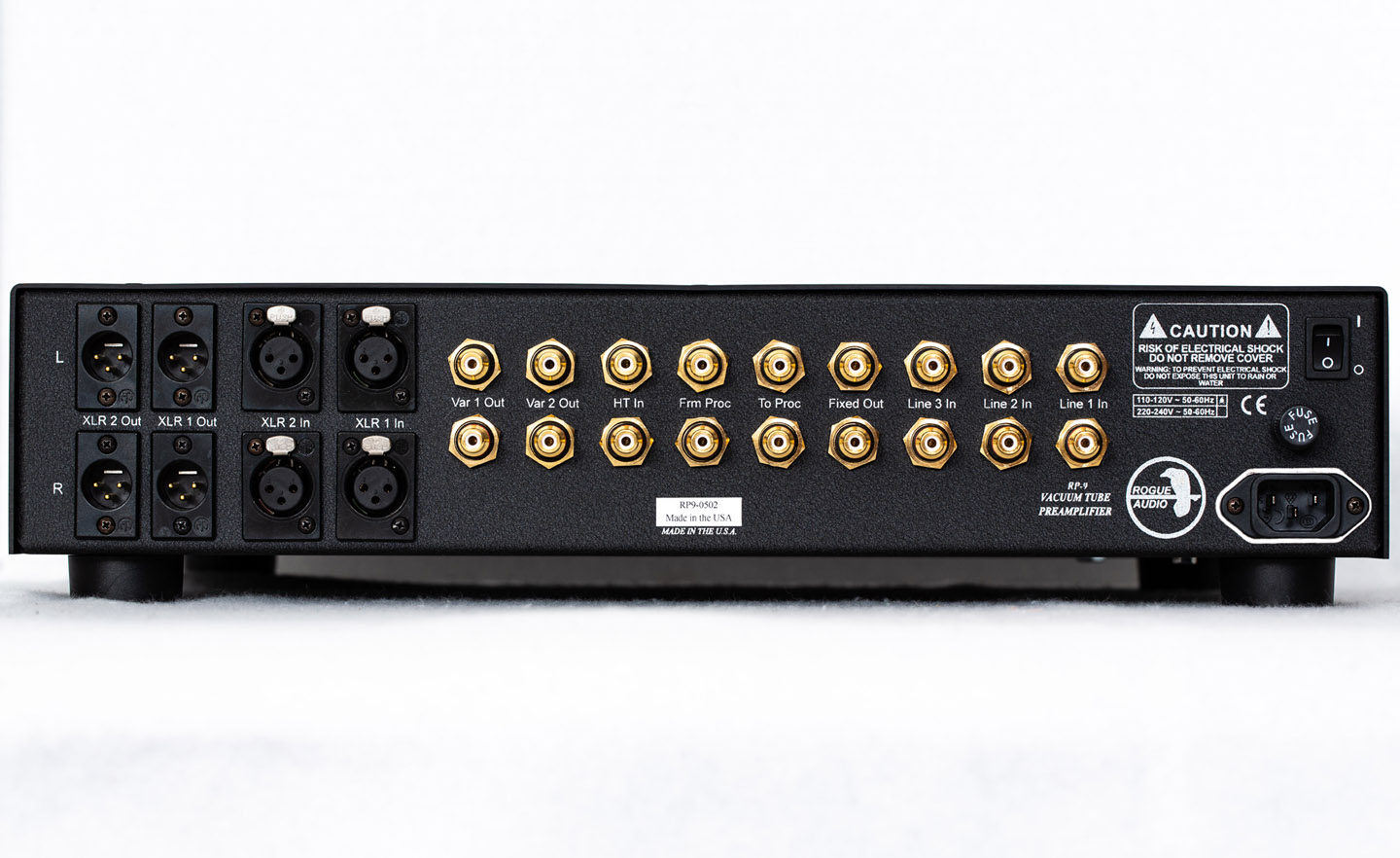 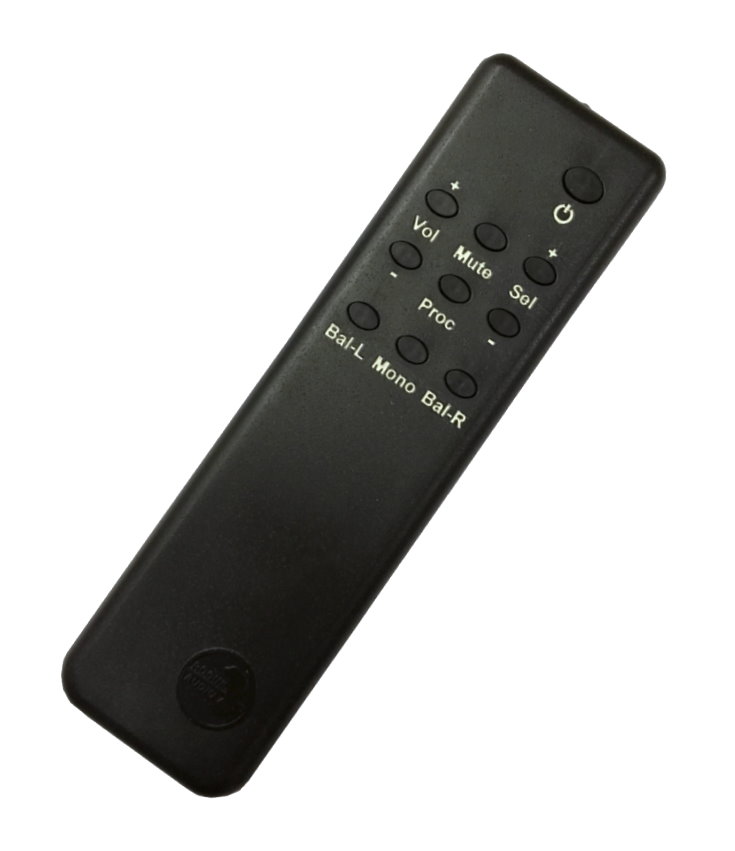 MY TAKE: Established in 1996, Rogue Audio has a well-earned reputation for quality and performance. Their products have received rave reviews and awards from the audio press worldwide. We especially appreciate the fact that 100% of their products are proudly crafted right here in the USA. Excellent sounding preamp, highly recommended! - Galen Carol

With the RP-9 preamplifier, our award winning RP-X hardware and software platform has been taken to a new level. From the outset, our overarching design goals were directed at maintaining near perfect signal integrity along with an ultra-wide bandwidth, low distortion and vanishingly low noise floor. The flagship RP-9's innovative and proprietary circuitry is designed around the Russian military’s 6H30P tubes in a balanced configuration that stretches the bounds of modern preamplifier technology. The results translate into amazing detail, smoothness and refinement which has effectively redefined the level of performance that can be expected from a reference caliber preamplifier.

While sacrificing nothing to sonic integrity, the RP-9 affords all one can expect from a feature rich preamplifier. Included in the design are a home theater bypass, processor loop, mono button, and an elegant easy to read OLED display. A machined aluminum 10 button remote provides further convenience. Also included is a highly capable 2 watt tube based headphone amplifier. Two pairs of XLR balanced inputs and three pairs of RCA line level inputs provide for a variety of sources while two pairs of balanced outputs and two sets of RCA variable outs allow for a wide range of output connectivity.

Our driving design goal for the RP-9 was to set an entirely new benchmark in vacuum tube preamplifier technology - we believe we have succeeded.

Enjoy The Music: Summary - "Rogue Audio's RP-9 vacuum tube stereo preamplifier is magical! I was a very satisfied listener to the RP-7 for the past three years and could easily have continued. However, once I heard the differences of the RP-9, I was sold. The RP-9 is dynamic, transparent, and revealing. My sound stage took on a greater sense of depth, width, and height.  The attack and decay of notes had a greater and speedier delivery with more articulation.  There was a greater sense of resolution and the details seemed to appear from a darker and quieter background.  I like being involved with music. I especially feel an intangible emotional response to the musical recreation and portrayal of a beautifully designed stereo that enables the recreation of performances with the distinct sounds and voices of renowned artists. The price of admission into the realm of the RP-9 is justifiable given the payoff.

Mark O'Brien of Rogue Audio and his listening friends got it right!  The 6H30P tubes have a fascinating and clear singing sound.  Mark has made the music sound Sweet. The topology and parts revisions have contributed to creating an impressive preamplifier that takes the Rogue sound another step forward of leading the heart, mind, and soul to the happiness of musical involvement. I have a greater sense of music enjoyment relative to putting up a larger expense to buy the RP-9. My verdict is a definite positive endorsement.  Bravo to Mark and his accomplished crew!" - Bob Grossman