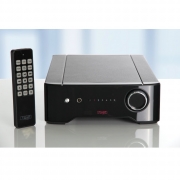 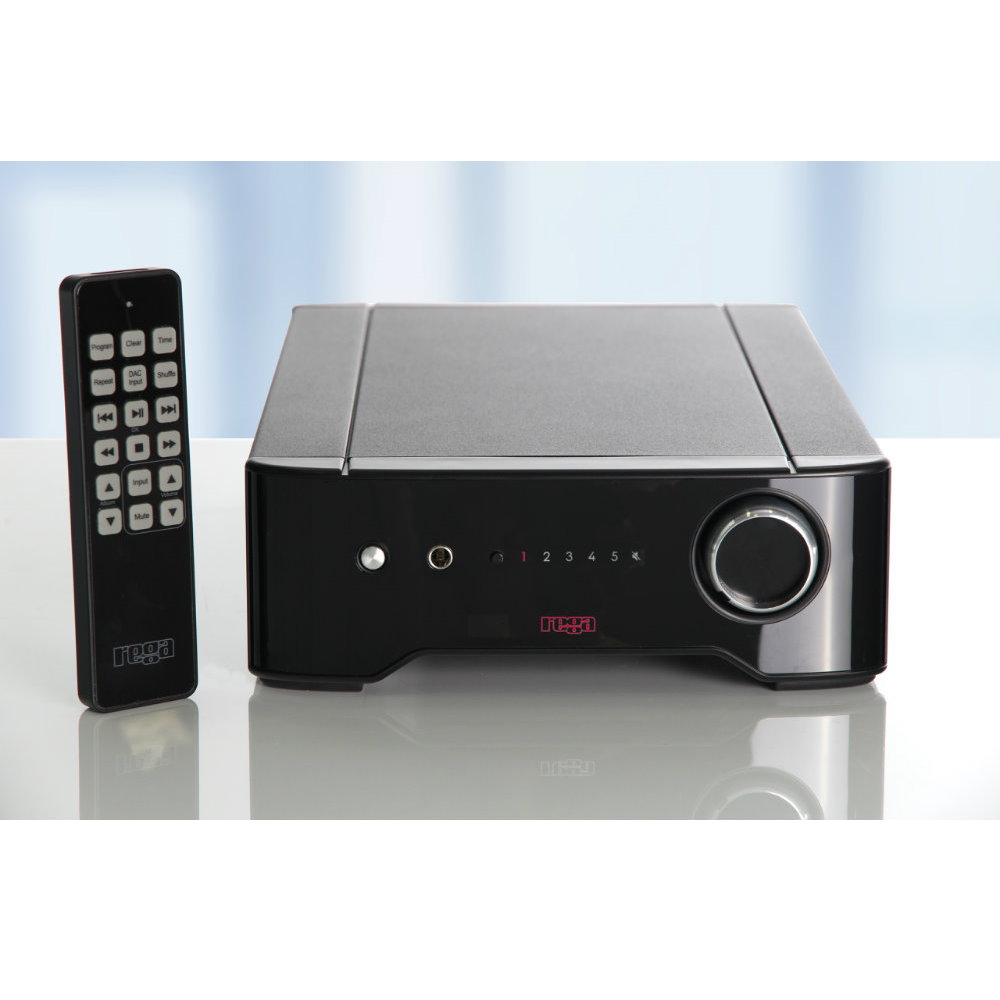 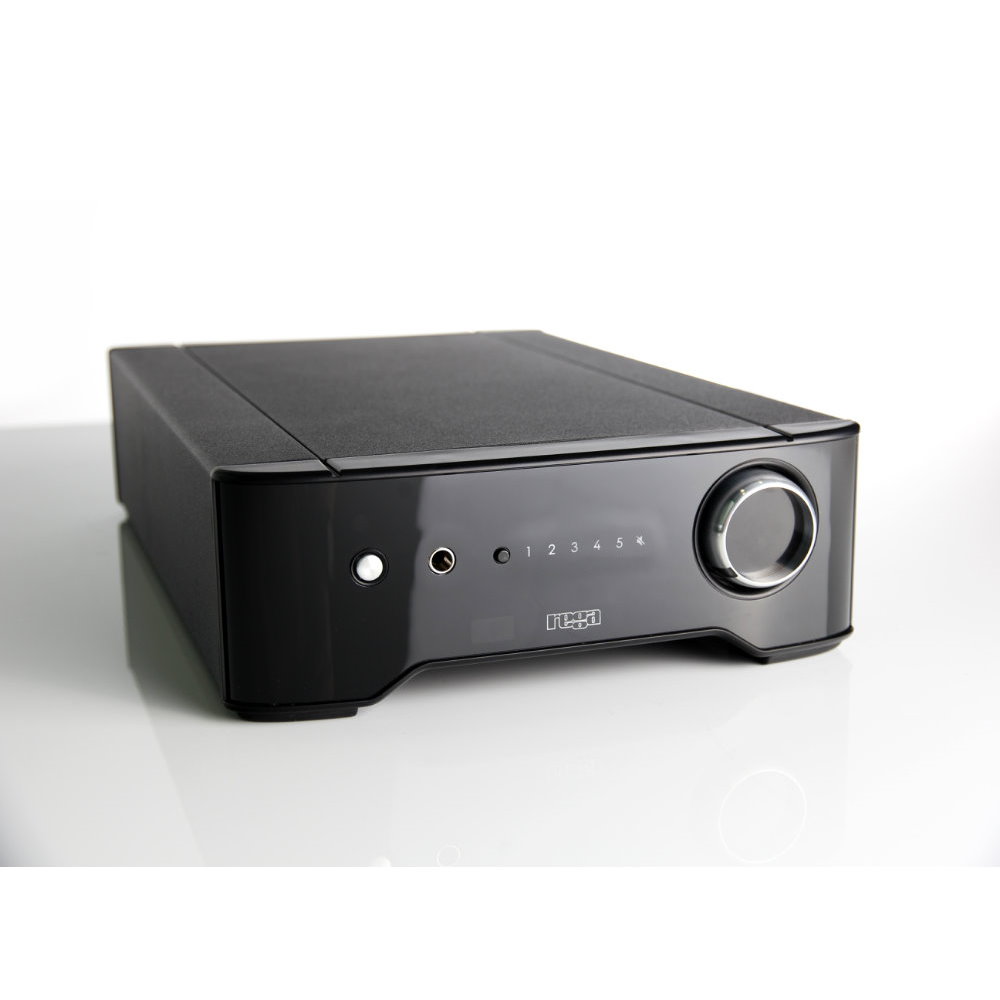 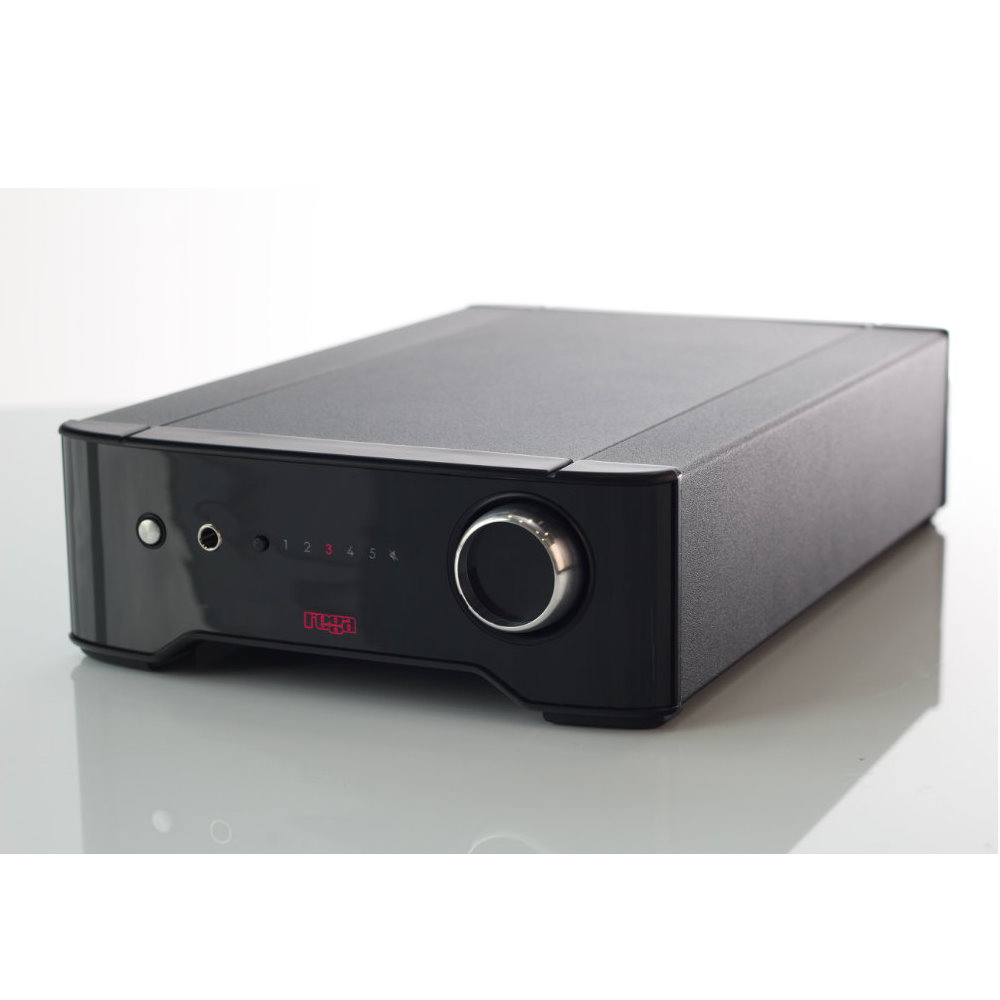 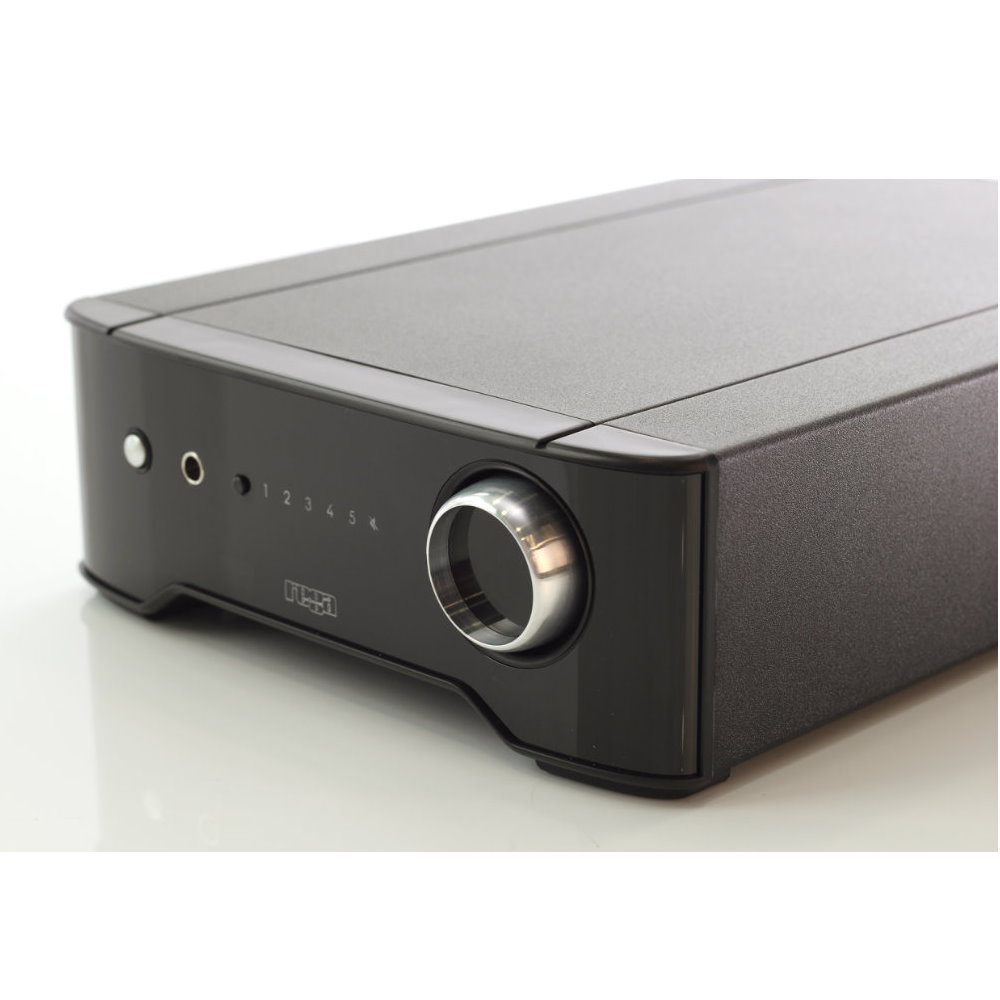 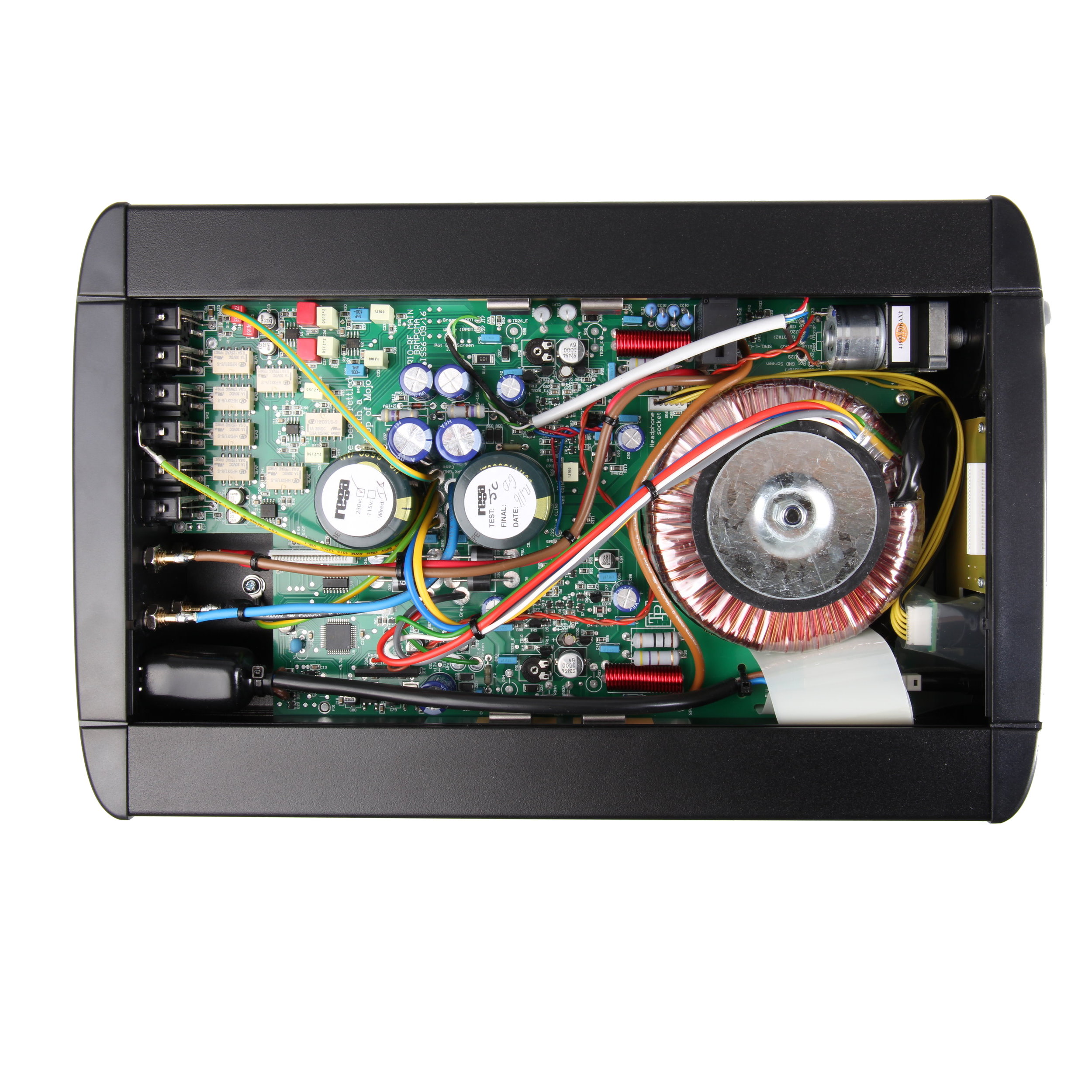 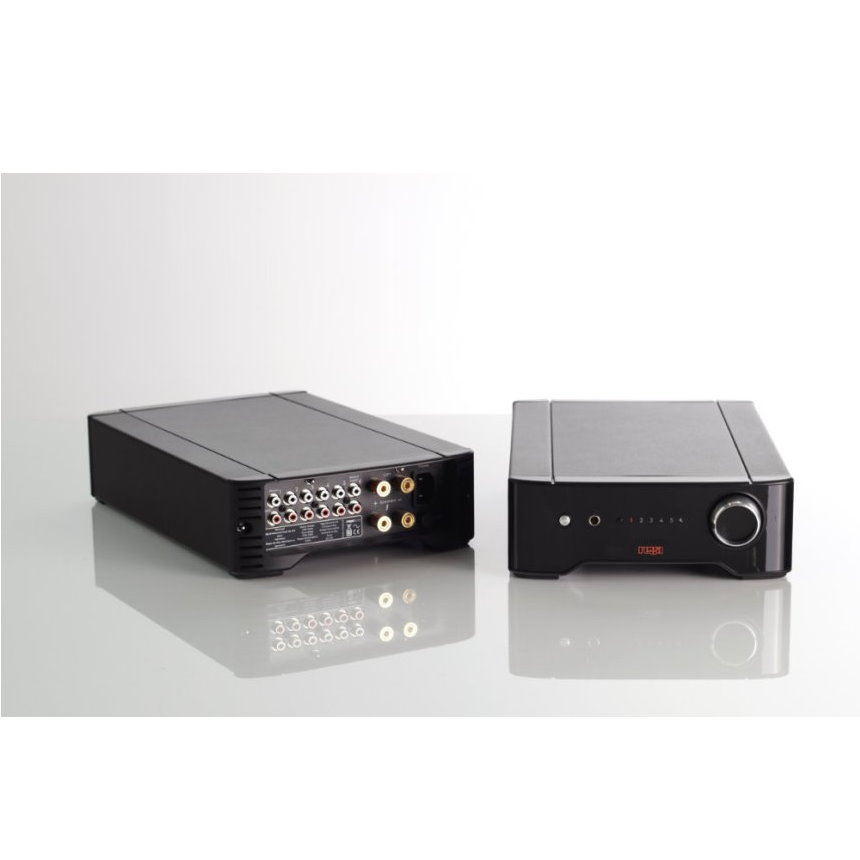 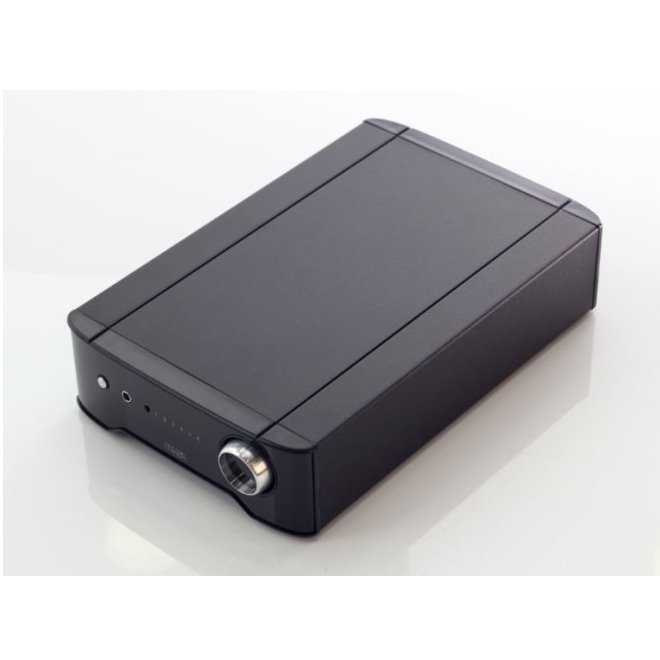 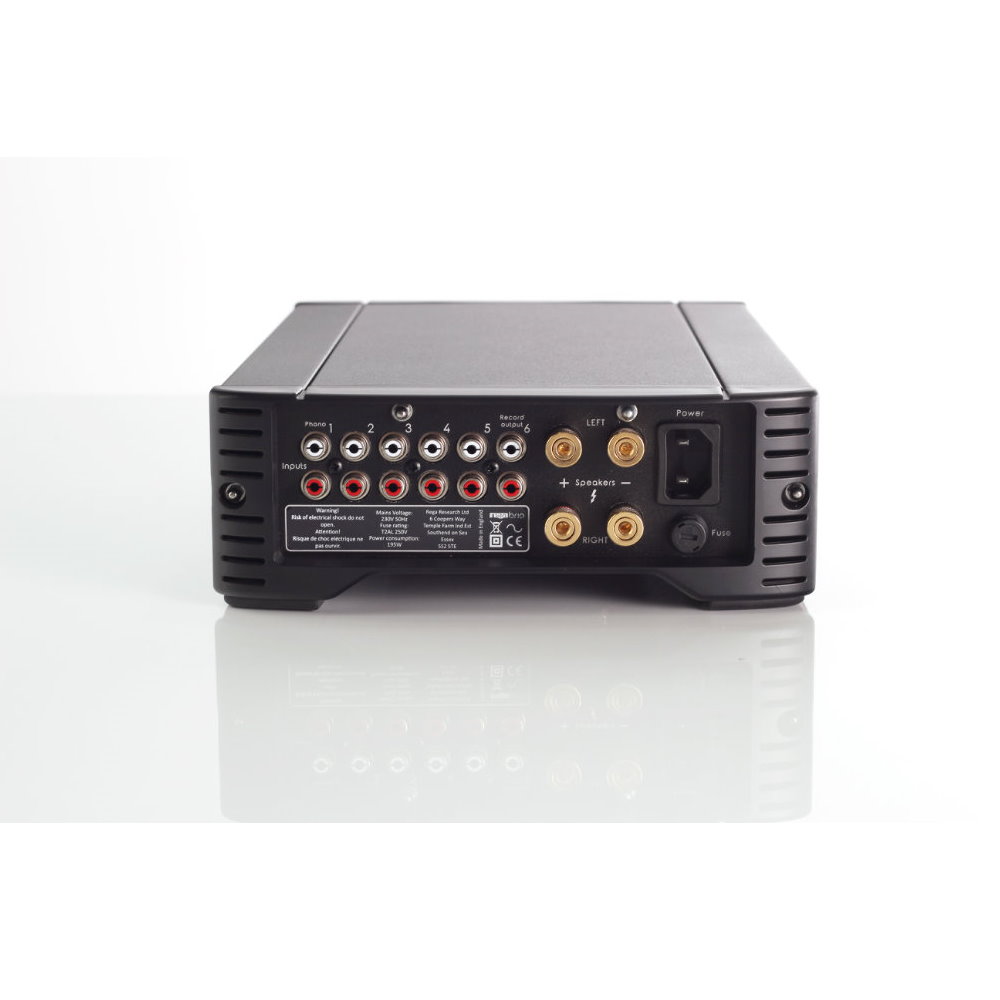 The new Brio sets new standards in performance at the price range. Inside you’ll find a substantial toroidal transformer, generous power supply components, rugged output stage, the use of film capacitors in the signal path and at all critical positions within the phono amplifier.

The Brio has a completely new case to house its improved circuits and parts. It now sits in a fully aluminum two-part case which boosts the Brio’s heat sinking capabilities and improves on Rega’s already solid build quality and reliability. The new Brio has a cleverly integrated headphone socket specially designed to avoid interference with the audio circuit when not in use and as you would expect, a very high specification moving magnet phono stage is built in as standard.

Throughout the design process the Brio has been meticulously improved in every aspect, from the quality of materials to the manufacturing process, to make this new Brio a step ahead in Rega’s engineering and design for amplifiers.

Brand new case design.
The sleek and minimal look was designed to bring elegance to Rega’s classic style but still harks back to the swooped features hidden away in Rega’s past amplifiers. Combining all these aspects makes this Brio case a unique standpoint amongst the competition.

Re-designed circuit.
Key improvements have been made to the circuits. The PCB layout has been fully upgraded to handle higher specifications for all critical parts. A second raw power supply has been added to provide further isolation between output stage and the driver stage/line and phono amplifiers. This improves the isolation between high and low level signal stages of the amplifier. Higher specification MUSES operational amplifiers have been used in the line and phono amplifier.

Headphone Socket.
For convenience, the Brio has the capability to drive standard hi-fi headphones from the internal amplifier. Adding a headphone socket was only possible by finding a way to reduce its impact on the main signal path so it doesn’t disrupt the overall sound quality. We have paid special attention to the switch that deactivates the main speakers.

WHAT HI-FI: "Everything we loved about the Brio-R is here: its incredible sense of rhythm, the punchy dynamics; the agility, detail and fun. The new Rega Brio takes all of those prime qualities and hones them even more finely. As a result the sound it produces is clearer, more detailed and more muscular. If we had one issue with the old Brio-R, it’s that its lean character meant it had an excitable treble that needed careful matching with the rest of your kit.

"So we're particularly delighted to report the leanness has been filled out by the new Brio, making it much more forgiving than its predecessor when it comes to pairing with speakers. It has a fuller, richer sound that also has a gorgeous solidity running through every single note.

"The same 50W per channel (into 8 ohms) runs through the amplifier’s veins and, while that may not sound like much, you only have to crank up A Perfect Circle’s Pet to feel the sheer force of wailing guitars and thunderous drums from the second you hit play. It goes loud. And it’s thrilling.

"But the Rega hasn’t transformed into some muscle-bound heavyweight. Despite the satisfying oomph that accompanies weighty music, it's this amp’s nimble footing and rhythmic prowess that's the true highlight and the thing that makes us play song after song through it. It ducks and weaves its way around tricky compositions, tying all musical strands together in a way that’s authoritative and skilful without ever losing its sense of fun. The sustained build up of tension in Arvo Pärt’s Fratres is a real test of the Rega’s talents: the strings are light but urgent, and you can hear the screechy texture of the bow scraping across them. The piano notes are pleasingly solid, and the sudden drop into silence after it ratchets up the tension is handled masterfully. The leading edges of notes are stunningly precise, and there’s a depth to the quieter moments that’s as impressive as the crescendo is controlled.

"You can lose yourself in the way the Rega handles whatever song you throw at it, regardless of the source. It’s not so analytical that it comes over like a clinical lecture in how music should sound, but it is revealing enough to expose the differences in recordings and the atmospheres of songs. The dreamy, melodic tones of Alt-J’s Breezeblocks comes across all fluid and delicate through our streamer, while the playing of Alice in Chain’s Unplugged album on vinyl conveys the live audience, the much bigger scale and the deliberate roughness of the production. Listen to the same songs through the Brio's new headphone socket and you’ll find the same presentation: it’s a terrifically musical amp.

"Thanks to its newly acquired sonic weight, the Brio is evenly balanced across the frequencies. The top end sparkles and yet there’s a sweetness to it, while basslines enjoy depth and rumbling textures. Voices are intimate and expressive: you can hear the restraint in Corey Taylor’s usually roaring vocals in From Can To Can’t, while Tom Waits’ gravelly tones are textured and full of rawness in Alice. At this price, the Brio’s main rival is the Award-winning Cambridge Audio CXA60 (£500). While the affable Cambridge is more open and delivers a bigger scale of sound, it sounds soft around the edges compared with the Brio’s punchy, articulate sound.

Verdict - "We loved the Rega Brio-R enough to give it a Best Buy Award in 2012, and continued to look upon it fondly even as newer amplifiers stole its crown. There’s a price hike (the Brio-R was £480 when we first tested it in 2011), but the new Rega Brio more than justifies every single penny of its £600 price. It’s an upgrade in every way, from its redesigned features to its immensely engaging, precise and subtle sound. It’s the kind of amplifier we want to leave on and play our entire music collection through. Again and again. And isn’t that what all good hi-fi is meant to do?"


STEREOPHILE: "Inserting a $995 integrated amplifier into a music rig totaling about $17,000 (sans CD player) may sound crazy, but the Rega Research Brio was hardly out of place, and was only barely outpaced. The Brio revealed itself as a consummate music maker that conducted itself as if to the manor born. It didn't deliver the last word in transparency or absolute detail, but it did something more important: It made me toss away my reviewer's cap and take to the dance floor—I got to boogie down! Can you tell how much I like this mighty mite? I'm unashamed to quote Watts's own titans of 1970s R&B, the Sylvers, to make my several points: the Brio makes music swing, jump, and dance.

"At the end of the day, I want to forget the gear, pull on my faded old-man jeans, pour a glass, and let the music have its way with me. Rega Research's Brio integrated amplifier understands me. It's a cracking brilliant music maker with big tone, big beat, and big ambitions. With the Brio as my guide, I felt totally sated with the sound of music. It lets me forget my cares, forget websites and hi-fi mags, and simply be one with my music. At $995, the Brio is better than it should be. Roy Gandy has done it. Again." - Ken Micallef