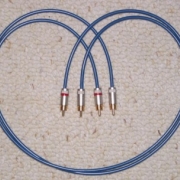 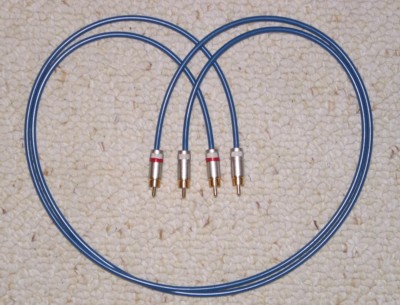 Audiophiles who’ve been around for a while recognize the Quicksilver brand. Known for performance, reliability and high value, the company has gained an enviable reputation over the years.

Anyone who has spoken with the designer, Mike Sanders, knows him to be a very understated, honest and very forthright man. He believes in solid engineering and proven concepts over current fads. His amplifiers are simple in design, conservative in execution and constructed using the time honored concept of point to point wiring, all by hand. It’s this no nonsense approach that has earned him the respect of many and established a large group of devoted fans. His philosophy and mindset now extends into the world of cabling.

Mike experimented with wire for some time, not with the intention of selling cabling, but rather for use inside his electronics. Over the years he tested a number of options, finally settling on a design. Almost as an afterthought he decided to offer the wire as a finished set of interconnects. Welcome the Quicksilver Interconnect.

The very unassuming wire won’t impress you with weight or girth. It’s not likely to wow you with sexy cosmetics or exotic design or construction techniques. What it will do is surprise you with its performance! The pure silver wire optimizes signal transmission and allows maximum resolution and bandwidth. The low capacitance configuration makes long runs easy to drive.

The Quicksilver Interconnect offers a neutral tonal balance, not straying too far toward either extreme. It’s a refined cable with surprisingly low grain and good harmonic texture.

As you well know, there a literally hundreds if cables to choose from. There’s no way anyone can tell you which one is “the best,” only your ears can make that distinction. That said, I think you’d be hard pressed to find a cable at this price that offers more value. Check it out.

Quicksilver states the Interconnect is designed specifically for tube preamps, but we’ve had great results in many solid state systems, so don’t let that stop you from trying them.