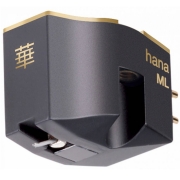 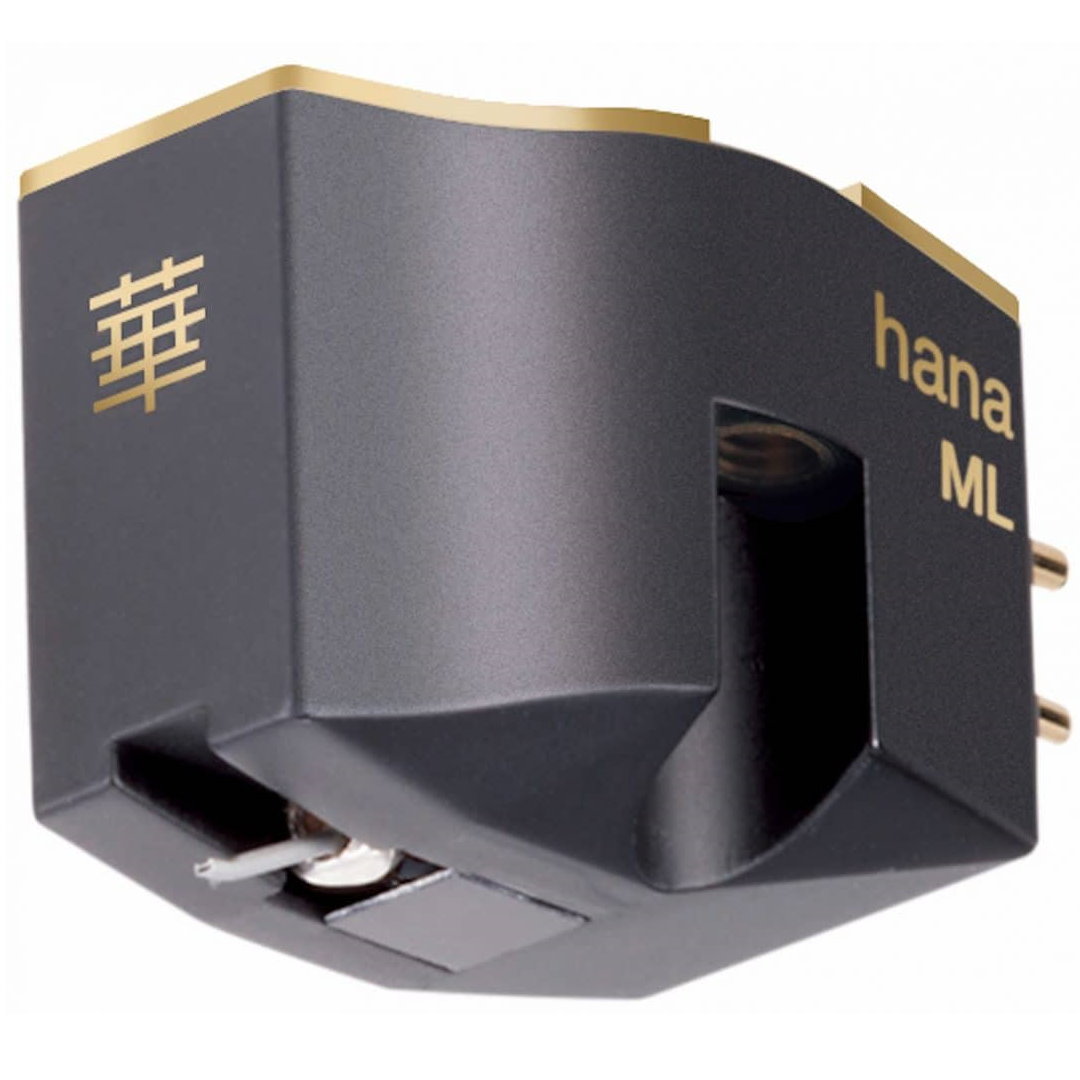 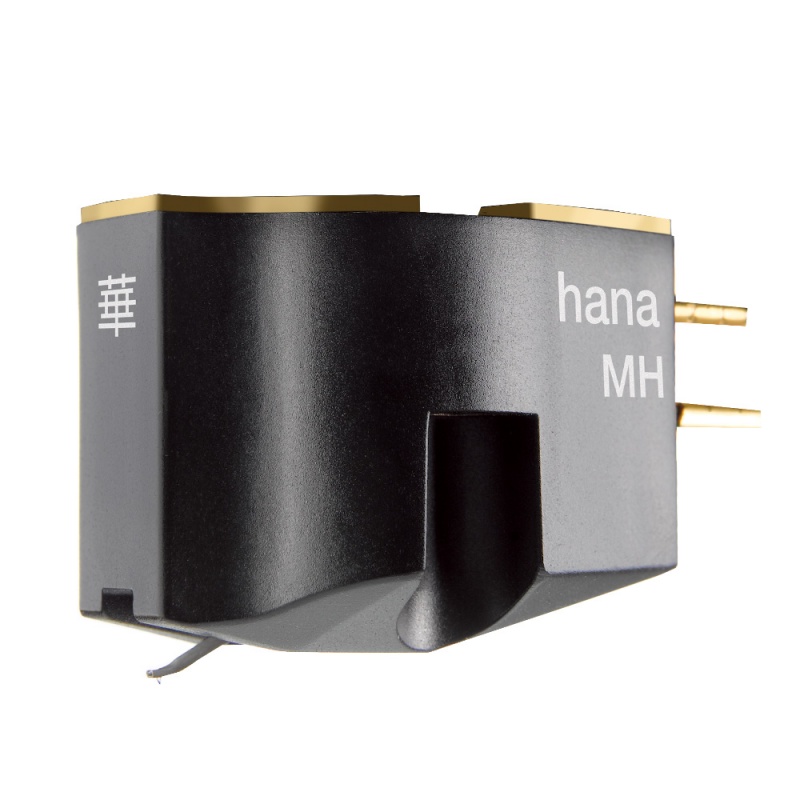 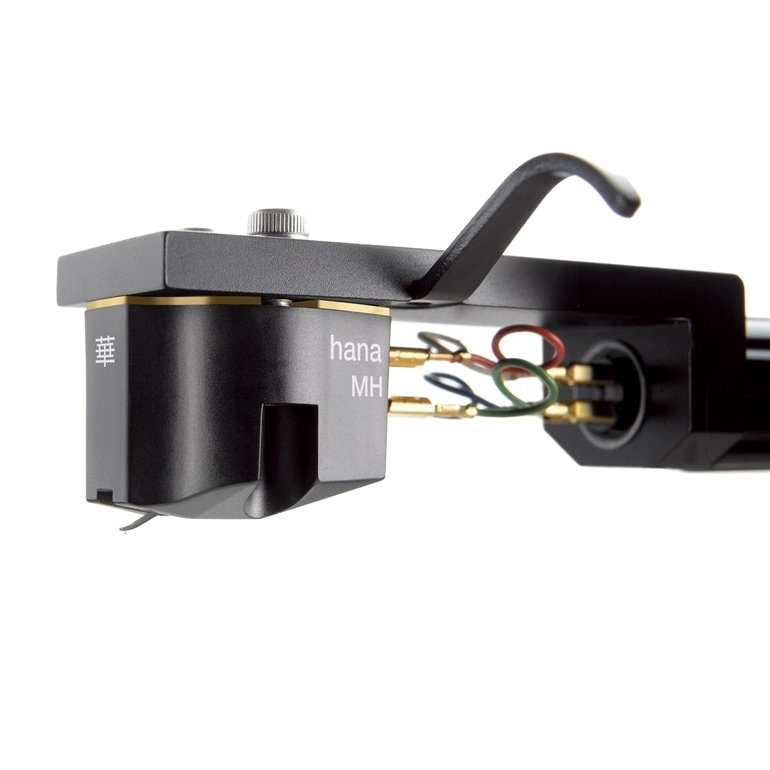 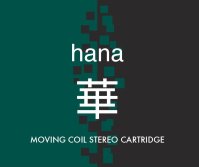 MY TAKE: The latest introduction from Hana, the M, continues the company’s reputation for an outstanding value. The M Series cartridges push the line into rarified territory with a performance that rivals cartridges costing far more. – Galen Carol


The Hana M Series cartridge bodies are made from black polyoxymethylene (POM) which is a very hard, extremely rigid and very strong thermoplastic Excel uses a particular formulation of POM manufactured by DuPont that sells under the trademarked name ‘Delrin’. Both cartridges have nude Microline styluses and aluminum cantilevers. ‘The shape of the nude Microline stylus, mimics that of the cutting stylus used in the cutting lathe and therefore fits precisely into the vinyl groove,’ says Aleksandar Maksimovic, of Audio Magic, which distributes Hana cartridges in Australia. ‘It’s this enhanced tracking ability that enables the Hana M Series cartridges to capture the most delicate musical details with better frequency resolution, channel balance, and stereo imaging as well as lower distortion.’


Excel Sound Corporation has been manufacturing Excel-branded phono cartridges for more than 50 years as well as phono cartridges for other manufacturers under other names (OEM). The parts for the company’s Hana cartridges are manufactured for maximum and consistency, after which they’re assembled by hand at the company’s facility in Yokohama, Kanagawa, Japan. Several of the components used in the magnetic circuit of the Hana M-Series cartridges, including the front yoke, are cryogenically treated—a process Excel claims results in the creation of a more precise and controlled magnetic flux field that in turn enables greater linearity and a more musical presentation.

HiFi+: "The big story is two-fold. Both sound and tracking are excellent. Short of trying to get it to track the stitches in a revolving shoe, if there is a groove cut in a slab of vinyl, these two will play it. OK, so my run-flat copy of the Decca 1812 still warbles and buzzes when it should go ‘boom!’ but that was thanks to generations of music lovers before me, and although the Hanas are a pair of little miracles, raising the dead is a bit past most miracle-workers!

"What the two have (and the ML has in spades) is a delicate, almost filigree top-end air coupled to a midrange that is only just on the sweet side of invisible, and a structural, architectural solidity to the bottom end, all of which combine to make a sound that is bolted down in place and yet sounds as light as air. That’s a hard mix to produce and is usually the preserve of those ‘spoken of in hushed tones’ cartridges.

"There is also something truly delightful about the way these cartridges handle voices. Listening to ‘Just a Gigolo’ from Louis Prima’s The Wildest! [Pure Pleasure] is always a pleasure, but here the mono recording pushes his powerful voice front and centre. It’s not only a delight to listen to, but the Hana brings out his delight in singing, and the intervening 63 years since the record was originally cut just melt away. This is more than mere vocal articulation; there are warmth and vibrancy to his voice that just shines through here. This recording does highlight the one slight flaw in the Hana sound, the one chink in the armour that keeps the big guns at the top; when the band go really wild (about once every three minutes), things can get a bit jittery. But for the money... c’mon!

"Tonally, the Hanas are close to the mid-point between the sound of several of the big hitters of the Japanese cartridge world, with much of the romance of a Koetsu, the ‘shimmer’ of a Kiseki or a ZYX, the insight and detail of a Lyra, and the musical boppiness of a Dynavector, and they manage to do all of this without suffering the ‘Jack of all Trades, Master of None’ problem. Yes, all of these cartridges got their stellar reputations for being the best you could get in that field for a reason, but the Hanas give you more than a glimpse of what the true masters have to offer, without the financial outlay. And yet, at no time does this sound like scraps from the very top table. The Hana ML in particular and the MH trailing close behind are every inch high-end super cartridges, only without the high prices.

"What separates these Hana cartridges from the top echelon of Japanese jewel cartridges is casing. POM (Delrin) is an entirely right material for a cartridge body, but it isn’t a piece of jade or obsidian. The box it comes in is a nice black box that doesn’t smell of sandalwood. If it had these things, I’d be praising the considerably more expensive Hana ML for its remarkable performance. As it stands, this is the best £3,000–£4,000 cartridge you can buy… for £995.

"The MH is awesome, but in the right setting the ML is awesome-r!"

"The Hana ML in particular and the MH trailing close behind are every inch high-end super cartridge, only without the high prices." – Alan Sircom

The Absolute Sound: (Most Significant Analog Products at RMAF) - "As usual, Musical Surroundings debuted a number of enticing high-performance analog components at RMAF. Of particular note were its Hana “M-series” moving-coil cartridges, which feature Delrin cartridge bodies to dampen resonances and allow more low-level details to emerge, as well as nude microline styli, aluminum cantilevers, high-purity copper wire, and cryogenic processing of the front yoke and center and rear components. Hana’s M-series cartridges come in both high- and low-output versions. The low-output Hana ML ($1200) was not out of place in one of the best-sounding systems at RMAF. The sound was big and bold on a Gershwin album and seductive on female vocals. I thought I was listening to a much more expensive cartridge, which makes the Hana ML a great value." - The Absolute Sound