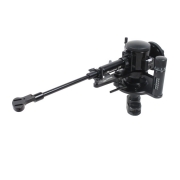 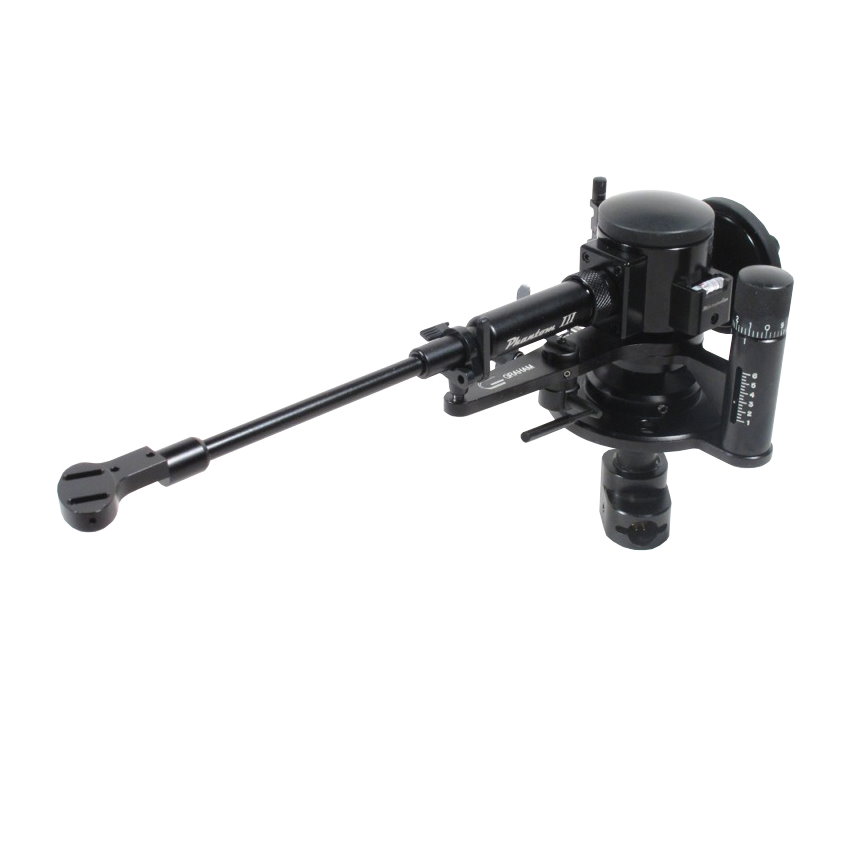 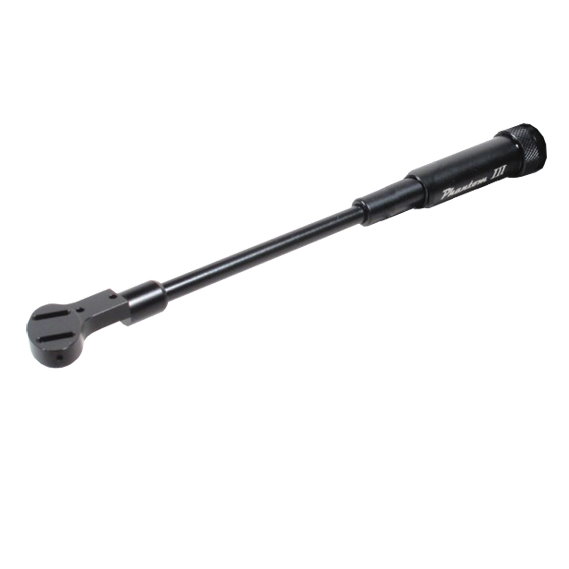 MY TAKE: For many years, Bob Graham has engineered some of finest tonearms in the world - I have owned several and loved every one. The Graham arms are impeccably crafted - with attention to detail and finish quality rivaling the finest cameras - and come with the most novel and easy-to-use set up tools in the business. Using the patented Graham cartridge alignment system and tools, anyone can easily install and adjust a cartridge, and be assured know that you have precise alignment. The Phantom III is the latest iteration of this sterling series of tonearms from Bob and it's a honey! - Galen Carol

Compared to the original Phantom, the new Phantom Series III has a similar outward appearance, but there are many important internal differences. These include a refined Magneglide (tm) stabilizer, new internal wiring for even better detail and improved freedom from mechanical resistance, an upgraded pivot design for even greater dynamics, and a new titanium armwand. Together, these improvements yield greater performance in the areas of dynamics and sheer musicality, while retaining the features the earlier Phantom was noted for.

So unique is the Graham Phantom III that it has been granted three patents and other patent applications are pending.

The armtube itself, easily removable using the Graham patented alignment system, offers the safety, convenience and accuracy of off-turntable cartridge installation and alignment, as well as allowing quick interchange of multiple pre-mounted cartridges. The new design is a significant upgrade over previous versions and employs a half-inch wide stainless-steel post-and-connector that supports the armwand under tension. The result is an armtube and pivot assembly so tightly coupled as to act as a single structure.

Secondly, the Phantom III addresses the all-important (and often ignored) area of dynamic balance. Tonearms should have as little inertia as possible, yet too often, as a result of the correct placement mass distribution being overlooked, they contribute excessive resisting forces in opposition to the phono cartridge as it attempts to follow the ups and downs of a typical record. The answer to this lies at the very heart of the Phantom's design and its unique ability to retrieve groove information unprecedented in our experience. The key is a magnetic stabilization system which which we have called "Magneglide" (TM). With this unique, patented system, all lateral stability, and a portion of the damping, is provided by powerful neodymium ("rare-earth") magnets, placed in a horizontal line from the pivot point of the tonearm.

In combination with pivot fluid damping (similar to that used with the Model 2.2), the Magneglide (TM) system allows normal vertical pivoting of the tonearm in true Neutral Balance, with vanishingly low friction; yet, provides a strong lateral stability that feels almost like fixed bearing arms. (No wobbling of the arm as it is lifted, for instance).

In addition, this dual-damped system forces the <b>Phantom II</b> to pivot in the correct vertical plane of the stylus tip, with no rotation as the arm is raised. No regular unipivot can achieve this important geometric requirement. Even a few fixed bearing arms don't get this right!

The Phantom III is a true "drop-in" replacement - an improved one - over any other tonearm, and the proof will be in the listening. Claims - and counterclaims - abound in the high-end market and it can become confusing as to what's really correct; however, once you experience the new <b>Phantom II</b> for yourself, we know you will agree that this is, truly, the best Graham arm ever and quite probably the best arm available today.