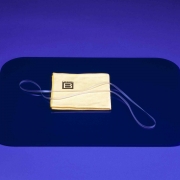 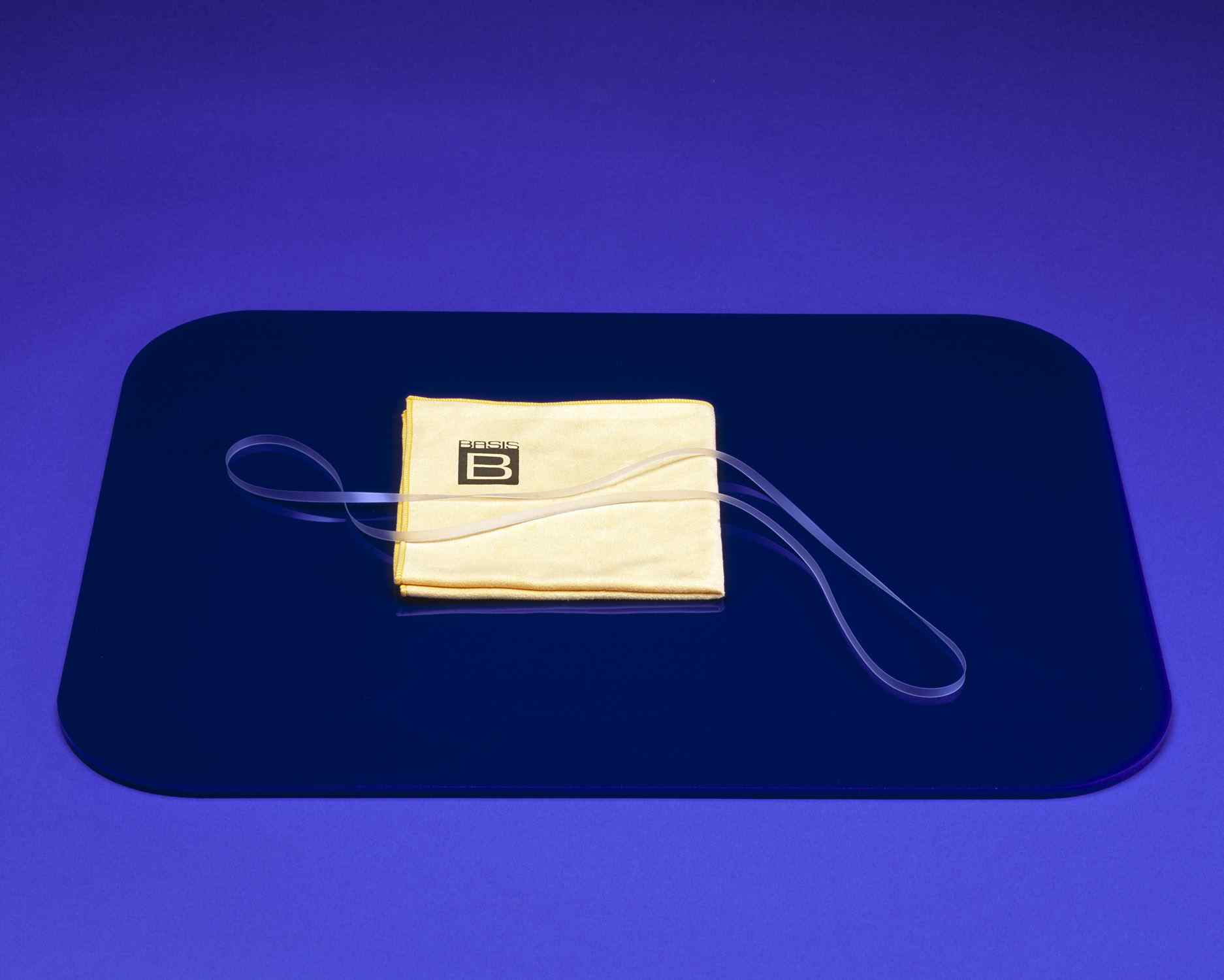 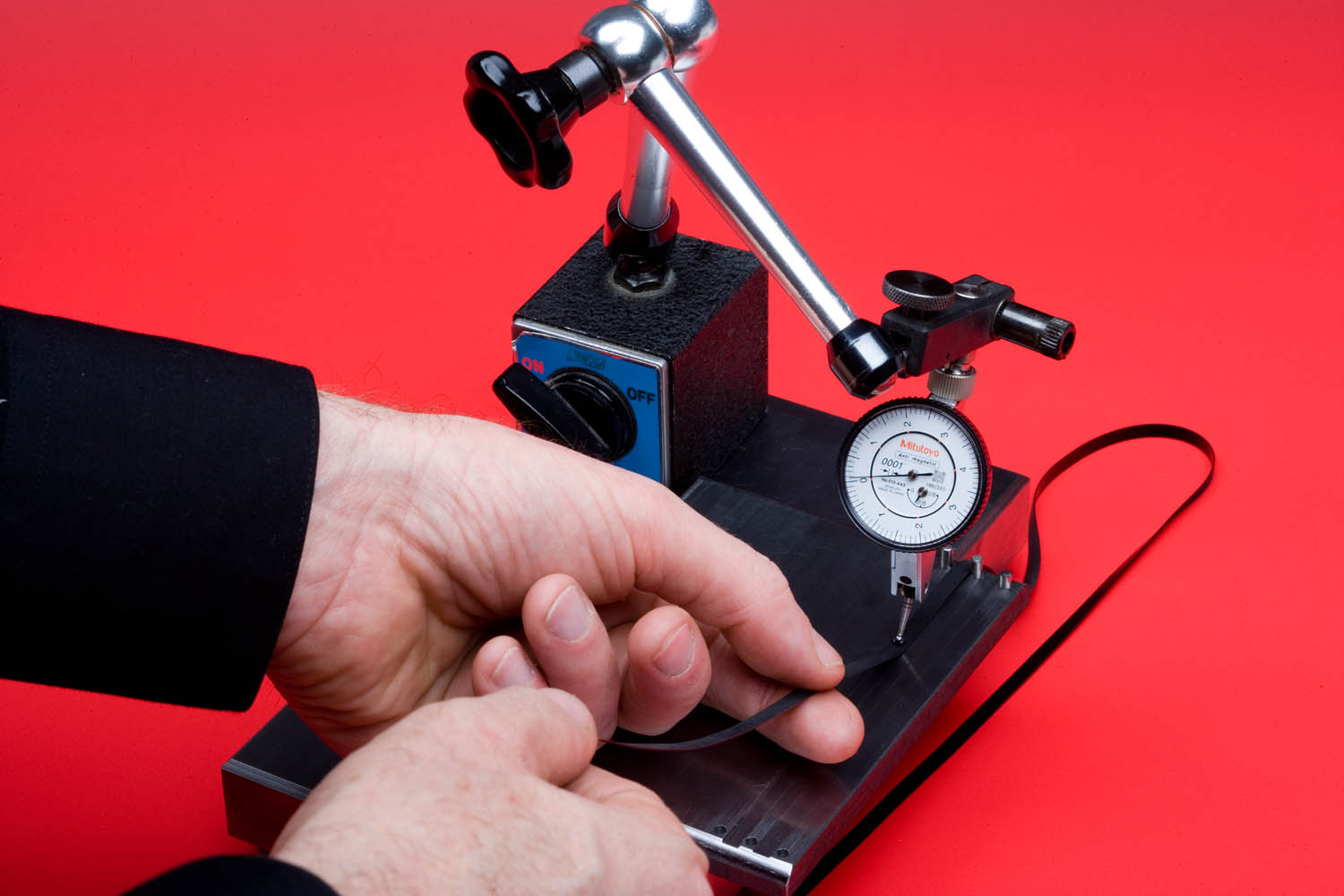 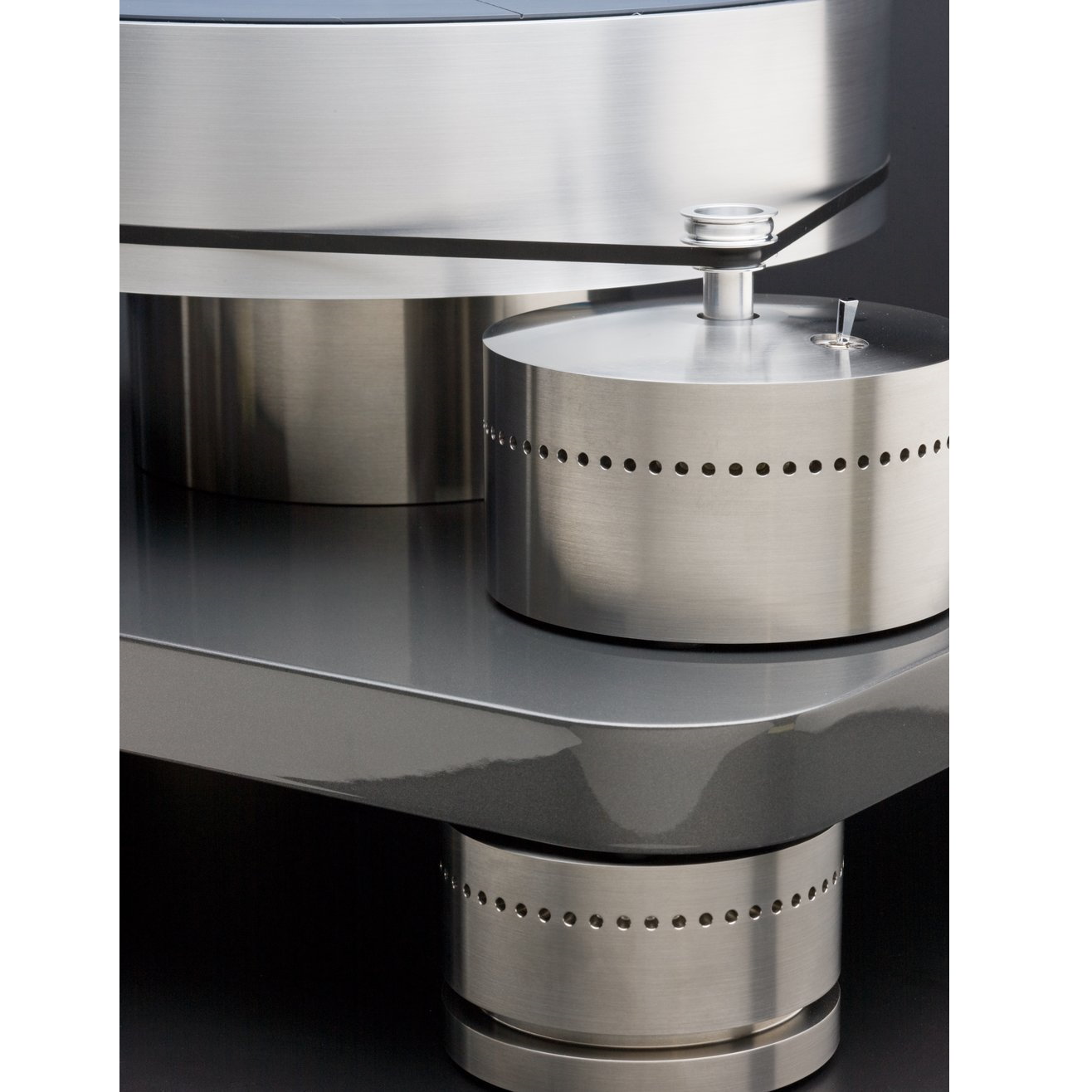 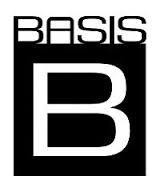 MY TAKE: These belts are an absolute must for every Basis owner. The improvement will startle you! - Galen Carol

Years of research at Basis have been directed at reducing noise and speed variation in their turntables. Tighter tolerances, improved machining techniques, and new designs have resulted in dramatic gains. The strides had been so great that A.J. felt it was virtually impossible to go further, yet exacting measurements of speed stability revealed irregularities still existed.

It occurred to Basis designer, A.J. Conti, that the belt itself may be playing a role. He measured a range of the belts on hand, selecting the most accurate (consistent thickness), and found that the tighter the tolerances resulted in less speed variation and much better sound quality. So how to increase tolerance was the question. Basis belts were already made to the highest standard in the industry, and their supplier said it just wasn’t possible to reduce tolerances further. So A.J. embarked on a crusade that eventually led him to design his own process and apparatus which grinds the belt and to an astonishing accuracy of one-ten-thousandths of an inch!

There are two versions, the Revolution and Superior models. The Superior Belt is our own precision-ground belt, like the Revolution, but with enhanced speed control and overall performance.

The Superior and Superior Microthin (the Microthin can only to be used with Basis turntable equipped with the Syncro-Wave system) belts now perform better than ever. A new rubber formulation is used to cast this truly endless belt, with rubber that helps provide greater surface contact between the belt’s inner surface and the pulley and platter’s edge. The difference is most startling on the alloy surface of the Super Platter, and for all Basis platters, the new belt enables quicker at-speed times and more tightly-controlled speed constancy. Because of the improved fineness of the ultra-smooth inner side, the belt’s surface to surface interface is now a more disciplined connection that grips platter and pulley with new authority. Then, virtually frictionless, it releases both on their trailing edges like a raindrop falling from a leaf. The result is that speed flutter, already virtually unmeasurable with the original belts, is reduced even further. Sustained music notes do not waver; speed is eerily stable, the most obvious result being ever better pace, rhythm, and timing.

Careful analysis of flexible drive belts will show that the effective radius of a pulley is the measurement from the center of the pulley to the neutral axis of the flexible belt (plane in the belt where stress is zero as it is curved around the pulley), which is near, but not exactly at, the center of the belt. Simply stated the thickness of the belt factors into the calculation of the drive ratio of the pulley and platter. The ramifications of this are numerous: 1. Different thickness belts will cause the driven pulley (platter) to run at different speeds. 2. Changes in thickness along the length of a belt will modulate the speed of the platter. 3. Round cross-section belts will attempt to roll to achieve the lowest potential energy state, in addition to their scuffing action and increased propensity to hunt. 4. Any splice in a belt changes the effective radius as well as stiffness, causing spikes in the critical measured parameters of wow, flutter, and drift. As a result of the above facts, perfecting the belt drive turntable must first include perfecting the drive belt itself.

THE BELT MODELED AS A MASS-SPRING-DAMPER SYSTEM

Belt-driven turntables’ chief advantage over direct drive, idler wheel drive, and other drive systems is isolation from motor noise. The belt can be modeled as a classic mass-spring-damper system. Extensible, highly damped materials offer the greatest isolation from motor cogging and noise as these materials bring spring and damping properties to the drive system. As in any vibration isolation system, compliance and damping must be present for effective isolation. PERFECT UNIFORMITY OF THICKNESS The ultimate speed stability cannot be achieved without near perfection in the uniformity of thickness along the length of a drive belt. Limitations in casting techniques of rubber belts places a severe compromise in the speed stability in turntables using belts in the as-cast condition. To achieve more critical tolerances and greater precision a grinding process must be employed. Pertinent facts on grinding of rubber include the following: 1. The more desirable lower durometer materials are more difficult to grind. 2. As a compressible material exhibiting hysteresis effects, highly damped rubber compounds are more difficult to grind. 3. It is worth noting that round cross-section belts cannot be effectively ground. UNPRECEDENTED BELT PRECISION As research continued to confirm that a precision, flat, highly damped rubber belt is the optimal drive for a belt-drive turntable Basis Audio continued the search, over the past 5 years, for a company that could precision grind a rubber drive belt to 1/10,000 inch precision (.0001 inches/2.54 microns). Hundreds of requests for quotation were sent out, hundreds of follow-up telephone calls made, with each company expressing that we were asking for the impossible. In March, 2006 the decision was made to design in-house grinding equipment and develop belt grinding expertise. At various point in 2006, we experienced limited success, with usable belts first becoming a reality in November at a production yield of less than 25%. These belts were of standard thickness. As of February 2007, normal thickness precision-ground belts (the Basis Revolution Belt) are shipping with all Basis turntables. The grinding operation is running at a 50% yield. We have achieved the desired 1/10,000” (2.54 micron) tolerance on a production basis.

SPEED STABILITY GAINS AS A RESULT OF REVOLUTION BELTS

The Revolution Belt has resulted in the speed stability measurements becoming “buried” in the error of our best test records. Cyclical error in readings can be traced back to the test records by rotating the records ½ turn on the platter and noting that the peaks in cyclical error continue to coincide with the marked points on the test record and not the turntable platter, proving that the test records include substantially more speed drift than the actual record player. Until we devise more accurate tests, we use this full reading, despite the inability of “pulling” the turntable error from the larger error of the test records, as working specifications. The current speed stability error is less than 35% of the error (65% reduction in cyclical speed drift) of the same Basis model with a non-Revolution belt, and of any other belt-drive turntable ever measured at Basis.

GREATER GAINS FROM REVOLUTION BELT THAN OTHER EXTREME MEASURES

Illustrative of the importance of a drive belt is an experiment performed at Basis Audio with two different turntables:

Turntable "A" has a 4.5x platter inertia advantage and a 3x platter roundness/centering advantage. The belts were of the standard Basis thickness of 0.015". The results of the test show turntable "B" to have a 2 to 1 advantage in speed stability over the otherwise superior turntable "A". The improvement in the drive belt far outweighed the 4.5x advantage of platter inertia and 3x advantage of roundness accuracy of turntable "A". The Revolution Belt redefines the limits for record player drive belt precision and the consequential speed stability of the belt-driven turntable.

BEYOND THE REVOLUTION BELT

Basis has always used the thinnest drive belt available in an effort to isolate the motor from the platter. The thinnest belt available from any commercial source we could locate was .015”. At the first signs of limited success for in-house grinding of standard thickness belts, we realized that with a properly controlled process we could grind a belt to any thickness we desired. We ground extremely thin belts (less than the thickness of 2 thin sheets of paper) in hopes of finding a large reduction in noise and feedback reaching the platter and pickup system. The first limited success in grinding the Microthin belts was in November 2006. After positive results in listening sessions in February 2006, Basis commenced production of Revolution Microthin Belts, which are now shipping with the Basis Synchro-Wave Power Supply. Much of the time between February 19 through 23 at Basis Audio was spent on efforts to quantify the changes in signal and noise brought by the Microthin belt. Offshoots of these tests have yielded quantitative information on various details of record playback including:

1. A determination of the actual coefficient of friction between the stylus and record groove.

3. The motor noise transmitted by a rubber turntable belt.

4. Feedback from the listening room transmitted by turntable belts.

5. The effects of highly dynamic music on turntable speed stability.

For us, at Basis Audio the most immediately important finding was that the Microthin belt has no measurable effect, either positive or negative, on speed stability, even when playing highly modulated grooves. It was essential to know that we do not have to tradeoff speed stability to gain the silence and clarity advantage of the Microthin Belt.

The Superior and Superior Microthin belts now perform better than ever. A new rubber formulation is used to cast this truly endless belt, with rubber that helps provide greater surface contact between the belt’s inner surface and the pulley and platter’s edge. The difference is most startling on the alloy surface of the Super Platter, and for all Basis platters, the new belt enables quicker at-speed times and more tightly-controlled speed constancy. Because of the improved fineness of the ultra-smooth inner side, the belt’s surface to surface interface is now a more disciplined connection that grips platter and pulley with new authority. Then, virtually frictionless, it releases both on their trailing edges like a raindrop falling from a leaf. The result is that speed flutter, already virtually unmeasurable with the original belts, is reduced even further. Sustained music notes do not waver, speed is eerily stable, the most obvious result being ever better pace, rhythm and timing.

TIP: You'll note that one side of the belt is slightly dull, the other side has a bit of a sheen. The shiny side should contact the platter.