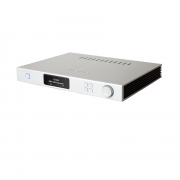 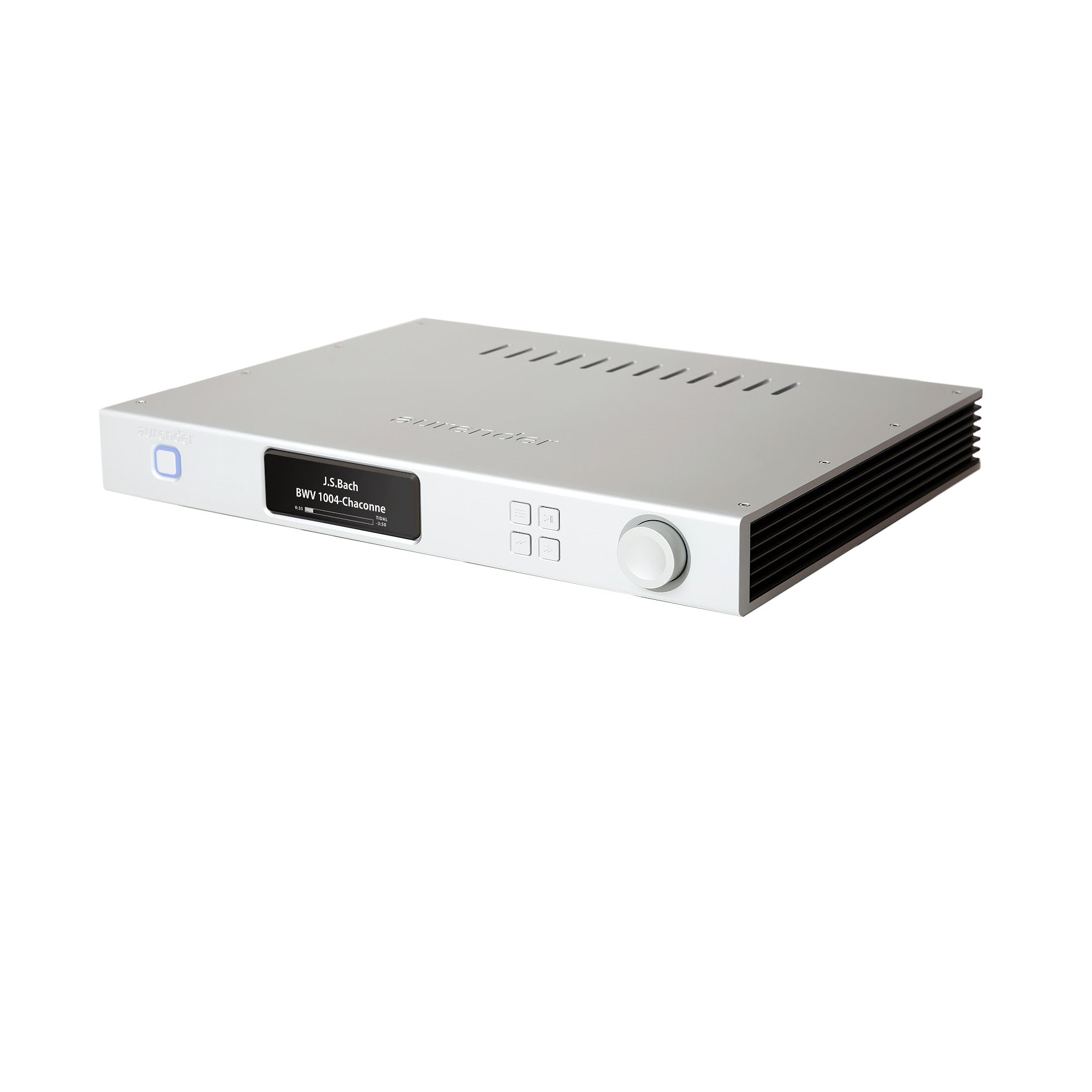 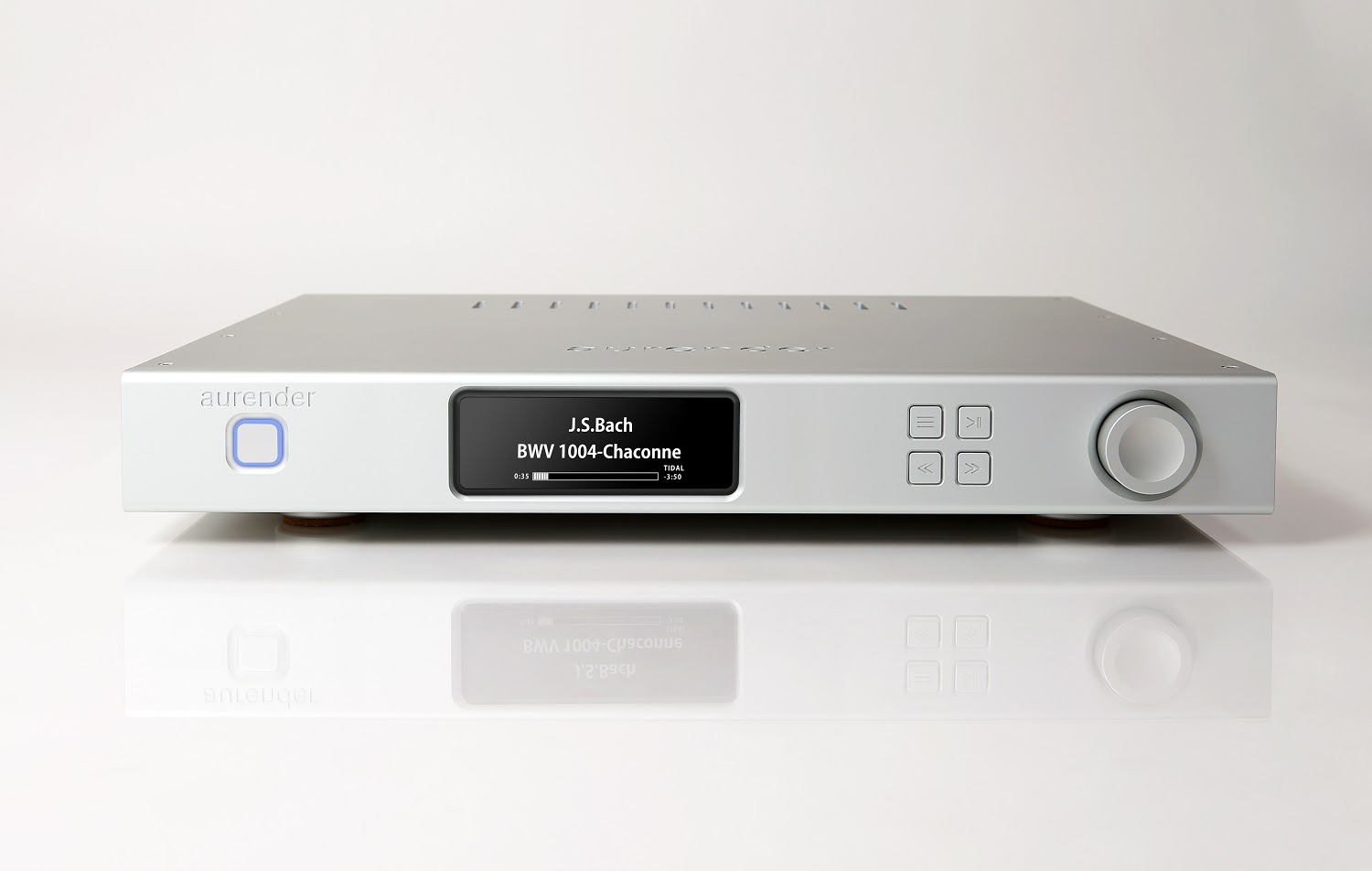 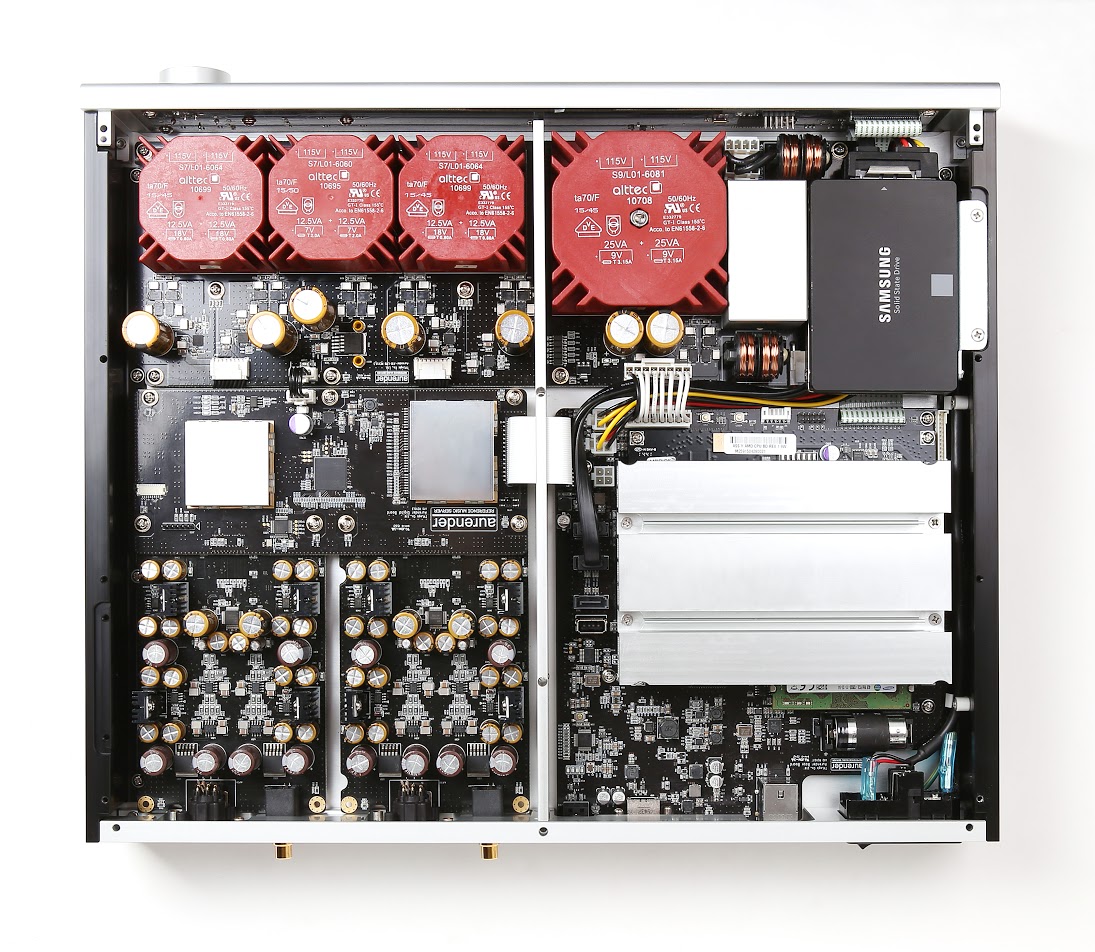 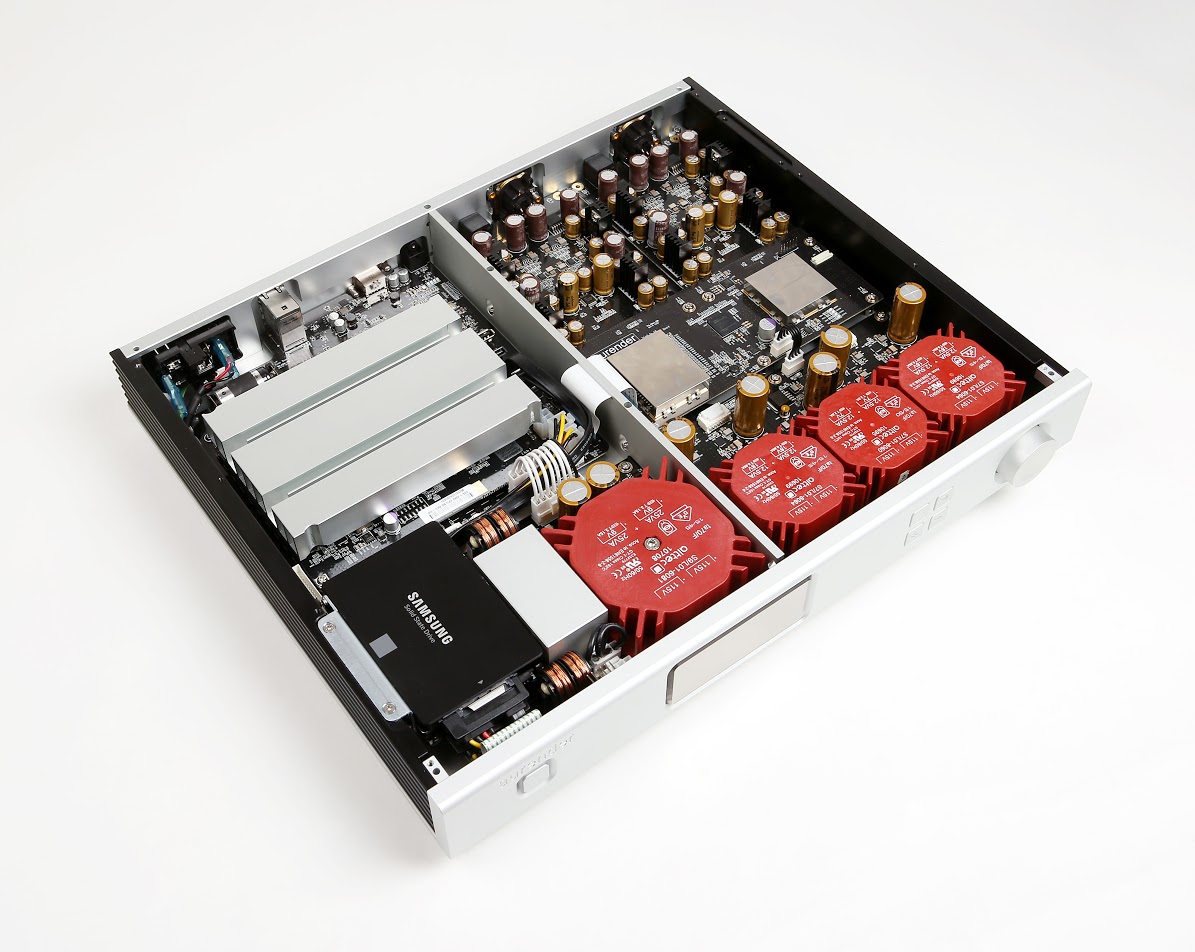 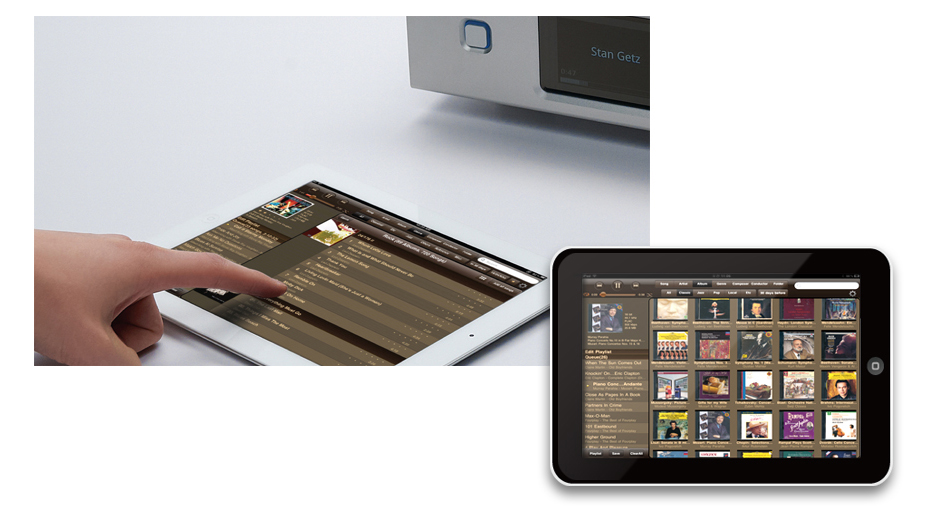 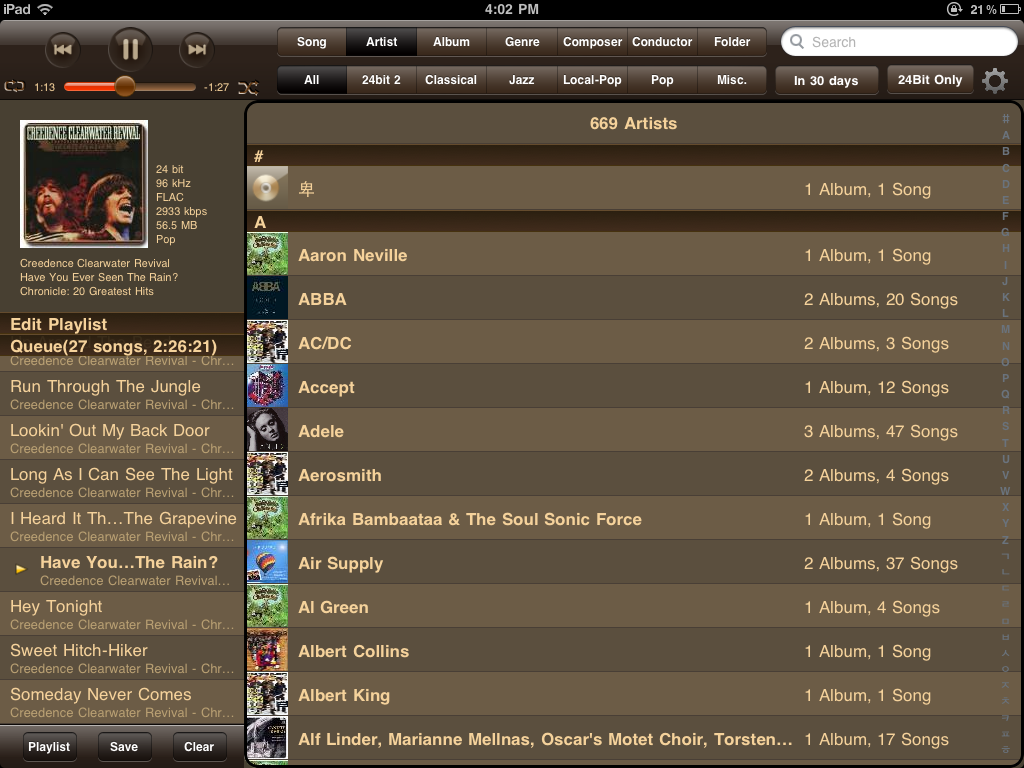 MY TAKE: Simplify your system with one less component, one less digital cable, and one less power cord by combing the DAC and music server into a single chassis. The Aurender A10 does just that, marrying their outstanding music server technology with an equally impressive internal MQA-Certified DAC. The built-in volume control can drive a power amp directly, allowing you to bypass a preamplifier if you like.  – Galen Carol

With 4TB of internal hard disk drive and one 120GB solid-state drive cache for playback (an Aurender unique feature that improves performance), the A10 is the perfect solution for those replacing CD Players. All Aurender models are controlled by the dedicated Aurender Conductor App, hailed by reviewers worldwide for its performance and intuitive operation. The iPad App was developed in house with managing large music databases in mind, providing exceptionally fast browsing and searching of your favorite music. All Aurender Servers and Players fully support the service. Enjoy 35 million lossless CD quality music tracks with the world's best-sounding Music Server. You can also easily play music from your NAS, on Aurender's HDD or music from the TIDAL and Qobuz service using the same app.

Computer Audiophile - "The all-in-one Aurender A10 caching music server/player with analog output is the right product for many music lovers. It's built to a high standard both inside and out. The classic Aurender, all aluminum, look and feel is unmistakable and is also present in the A10. Internally the A10's single chassis, dual-purpose design has many advantages. The simplicity of a one-box solution can't be denied. In addition, the ability to bypass a preamp, connecting the A10 directly to power amps, can't be underestimated.

For some listeners, it may be time to ditch the Mac Mini and external DAC, in favor of an all-in-one A10. The ability to add an amp and speakers, and call it a day with a complete audio system, is exactly what many music aficionados desire. There are no USB drivers to install, USB add-on devices or USB DAC issues or cables to be had when using an Aurender A10.

The A10 is the world's first full MQA decoding music server with onboard DAC. Inside, Aurender has managed to keep electrical and acoustical noise to an absolute minimum. This design is why the product sounds so delightful. Reproducing all types of music, the A10 brought out the best in my collection and maximized my time spent listening. From deep double bass to exquisitely high pitched violins to the decaying tone of an electric guitar, the A10 delivered consistently impressive results. Highly recommended and C.A.S.H. Listed." - Chis Connaker

Audio Science Review: Conclusions: "The triplet of tests that I ran on Aurender A10 shows it to be a very well engineered machine. It produces performance at the top level of DACs tested, falling just shy of state-of-the-art. For people wanting a fully configured streamer as opposed to building their own out of PCs, Macs or Raspberry Pi boards, it makes a very good option. Yes, $5,500 is a fair bit of money but my own server cost me nearly half of that and I had to put in a lot time and effort to build it.

"So overall, if you are looking for a high-end streamer, I can recommend the Aurender A10 from performance point of view." - Amir, Founder, Audio Science Review