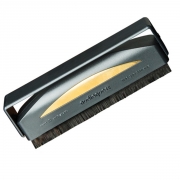 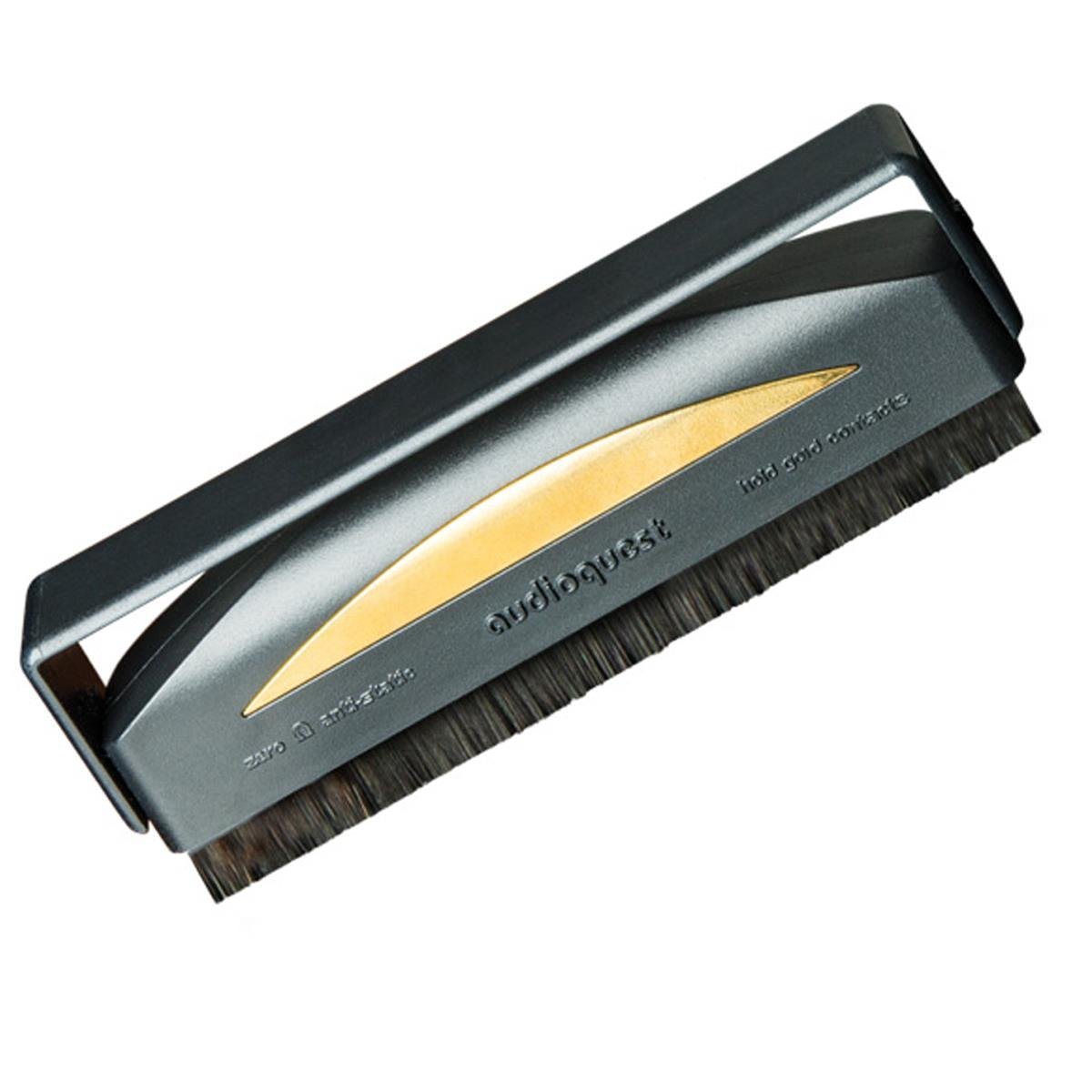 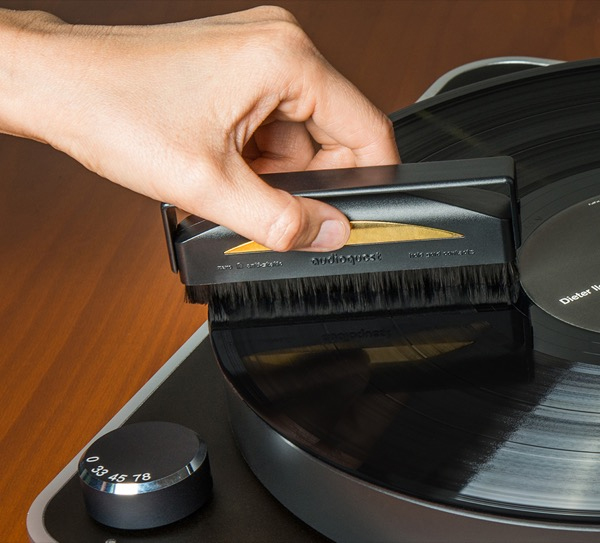 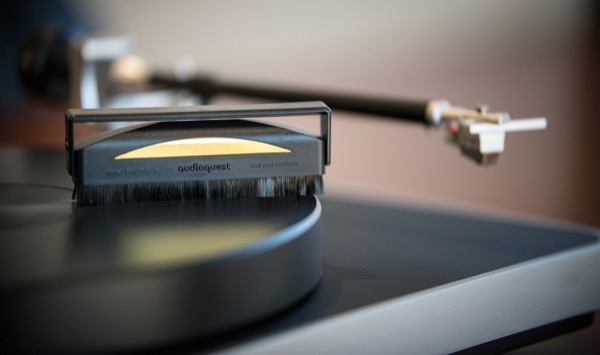 MY TAKE: The Audioquest Carbon Fiber Brush gets our #1 recommendation. It’s best dry brush going and something that belongs next to every turntable. - Galen Carol

Back in 1973, I became a dedicated user of the Decca Carbon Fiber Record Brush. The British Decca Brush was so wonderfully more effective than any of the wet-cloth-pad cleaners that smeared dirt around on one’s records.

As often happens to truly superior products, the Decca Brush was mostly ignored — the overall record-cleaning market was dominated by cleaning pads attached to wood handles — not because they worked well, but because many hi-fi stores preferred to sell a cleaner that forced customers to come back to buy “special” fluid, again and again.

After creating AudioQuest in 1980, and with the wild success of the AQ 404 phono cartridge in 1982, and because I personally used a Carbon Fiber record brush every single day — AudioQuest began making the AQ Carbon Fiber Record Brush — now a 35-year old success story, and maybe the world’s favorite way to respect and care for LPs.

Except — we eventually learned that the AQ Record Brush (and every other brand of carbon Fiber brush), doesn’t have a good electrical path between the fibers and the handle, and that the print-protecting coating on the metal handle prevents a proper electrical connection to the user’s hand. The user is the “ground” for static electricity, so having a good electrical contact from fibers-to-hand is a big deal!

In creating AQ’s new Conductive Carbon Fiber Brush, AudioQuest created new tooling for every part of our new design. AQ’s reborn Brush has ideal conductivity from the Carbon Fibers, through the internal parts of the brush, to the conductive Gold Contacts placed right where your fingers need them.

We also reinvestigated what is possible with Carbon Fibers, finally choosing for our new Brush a far greater quantity of new smaller fibers in order to more effectively sweep away micro-dirt, not just the less relevant visible dust.

We invite you to experience the reborn AudioQuest Conductive Record Brush.

Your records will thank you!

THE ABSOLUTE SOUND: "I’ve been using (the same) AudioQuest Record Brush since I lost my Decca record brush in a move many years ago. I imagine I’ll keep using it until my next big move, after which someone else will inherit it. These things last forever—certainly longer than I will—and do the job they’re intended to do. (Or so I thought—foolish me.) No, they don’t replace a record-cleaning machine, but let’s face it: Do you really use that Klaudio or Clearaudio or Record Doctor every time you put a given LP on the platter?  I don’t. Oh, I give records a deep cleaning every half-dozen or so plays, but the rest of the time, like you, I brush them off with my AudioQuest.

Comes now a new and improved version of AudioQuest’s ubiquitous carbon-fiber wonder that answers the burning question: “Does the AudioQuest Record Brush provide a ‘good electrical path between the fibers and the handle?’” Apparently the answer is: “No,” according to AudioQuest’s Bill Low.

Enter AudioQuest’s Conductive Fiber Record Brush, which has “ideal conductivity from the Carbon Fibers, through the internal parts of the brush, to the conductive Gold Contacts placed right where your fingers need them.” The result: Static electricity (and the clicks and pops it can cause) is grounded at your hand, rather than being sent back into the vinyl through the brush. Additionally, the new AudioQuest uses “a far greater quantity of new smaller fibers in order to more effectively sweep away micro-dirt, not just the less relevant visible dust.”

Well, ok, maybe. I dunno. On first acquaintance, the only change I noted was that the brush feels different (lighter and a bit flimsier) than the original. But who cares? You’re going to buy one; I’m gonna buy one; anyone who listens to vinyl is gonna buy one. And if Bill Low says it’s improved, so much the better.

It’s critical that you dry brush the LP before and after each and every play.