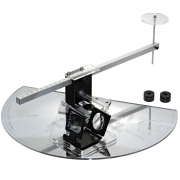 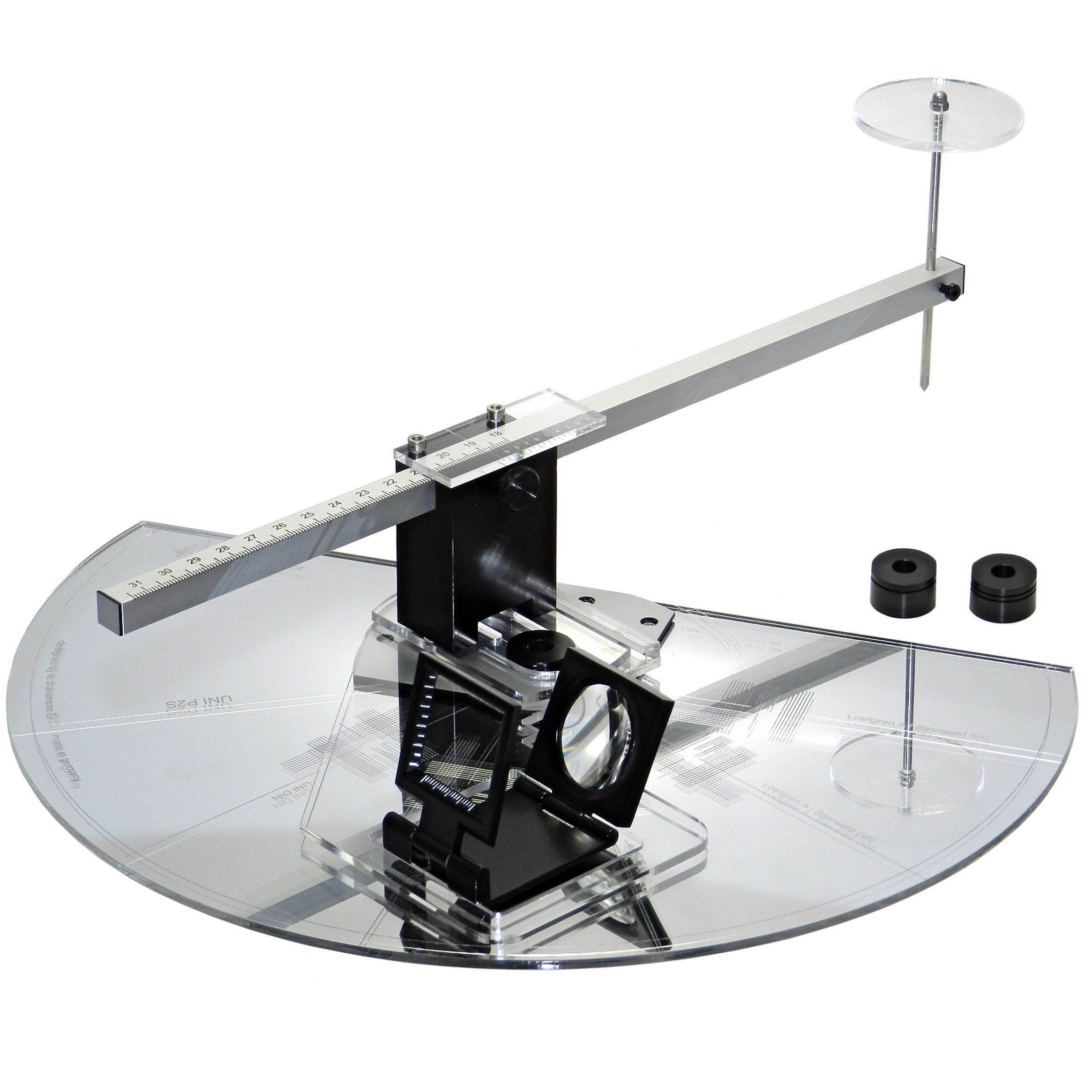 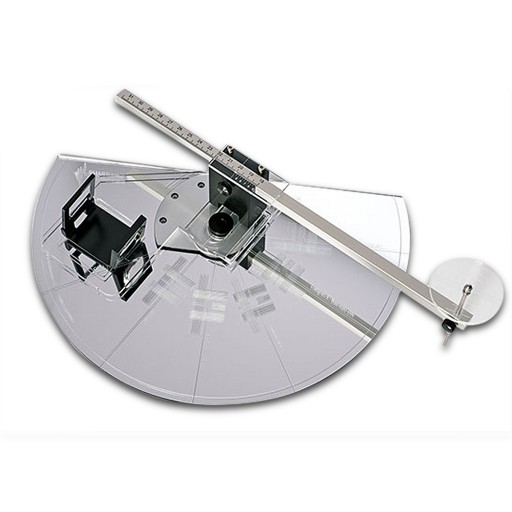 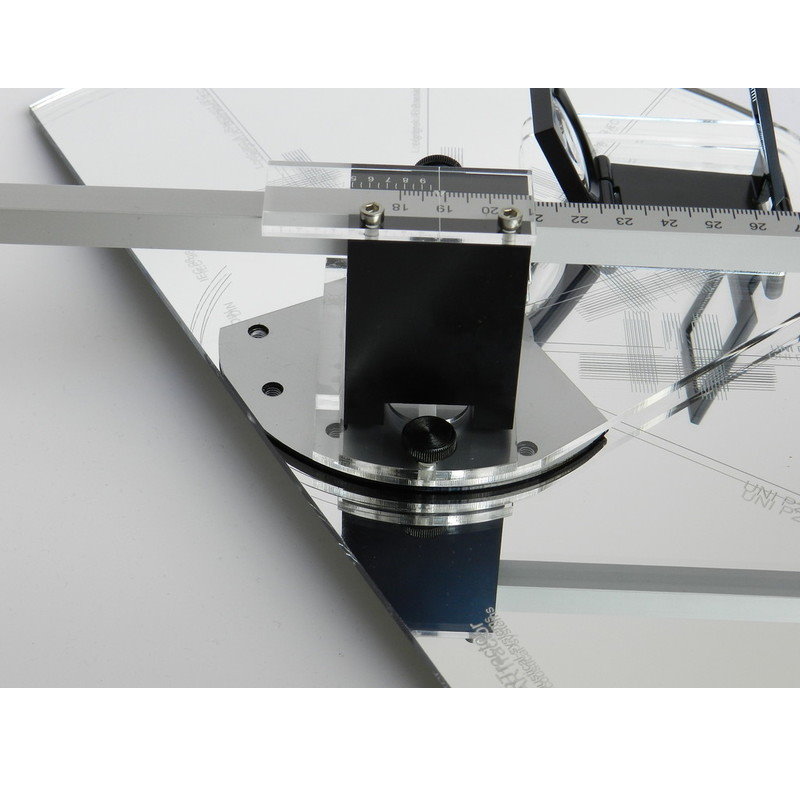 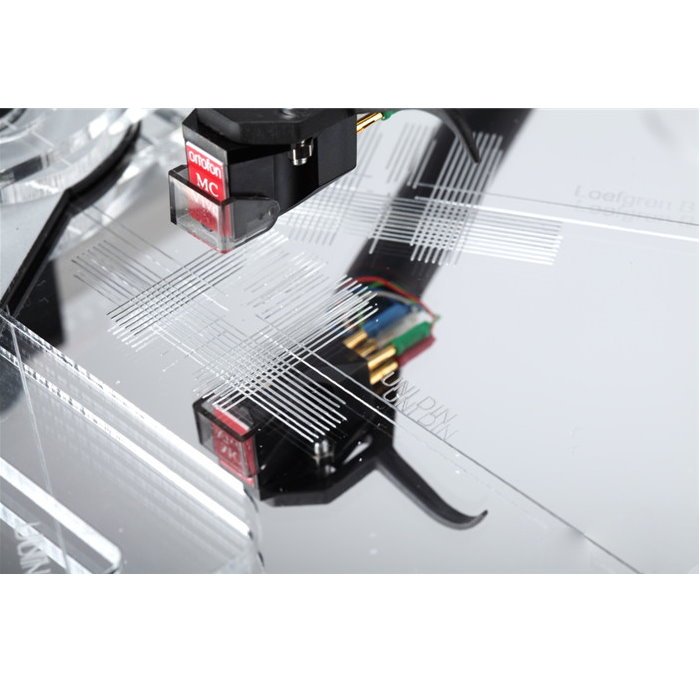 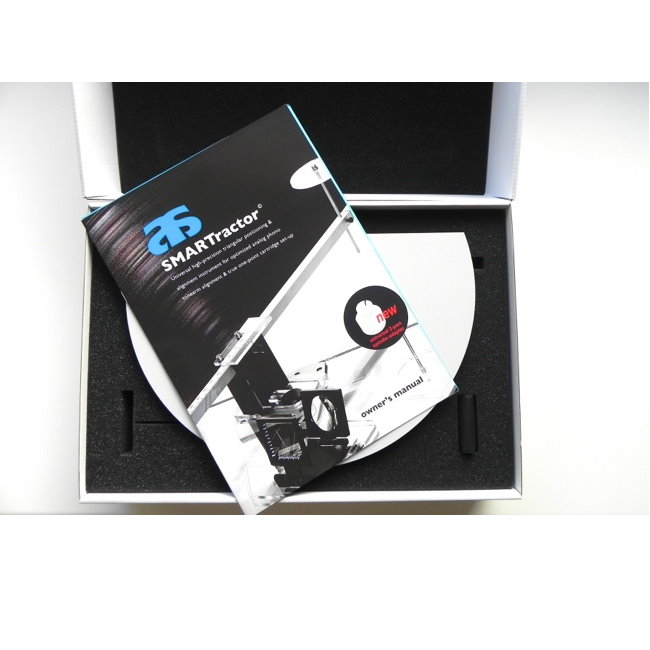 MY TAKE: This is best protractor I've used. The design of the gauge makes it both flexible (allowing one to choose different geometries) and easy to use. Everything is well thought out, even down to the loupe that provides a great view of the stylus and cantilever, making precise measurements much easier. - Galen Carol

Precise cartridge alignment is paramount to achieving the best performance from any analog set up. For the serious audiophile interested in optimizing his cartridge alignment, the SMARTractor from Acoustical Systems is the ideal tool.

The SMARTractor features the critically acclaimed UNI-DIN tangential curve. An all new tangential curve using the latest calculations. In the last 2/3 of the record's groove, the UNI-DIN curve offers significant (18-45%) less average - as well as less total! - distortion than Baerwald or Loefgren. Sonically this gives you less stress on human (female) voices, more subtle details, less "grain", increased "air" and considerable more "headroom" in critical passages and especially so in climaxes.

Why 5 different options for alignment of cartridge/tonearm? - The vast number of tonearms introduced in the past 40 years not only displays a large number of different concepts, but also a considerable diversity in geometries. Furthermore it makes a significant difference whether the record we want to track with best possible results is a modern pressing with a very long run-out/lead-out ('unmodulated groove' or 'dead wax'), or whether the record's groove is cut close to the paper inner label. The later is often found with countless records made in the early stereo years from 1958 up till 1974. The SMARTractor takes into account the diversity of geometries found in pivot tonearms - as well as the different situations in records past and present. The SMARTractor offers the best possible tangential curve for every request. For every pivot tonearm - as well as for every record collection, SMARTractor insures the most precise alignment possible.
Setting up your analog front-end with unparalleled precision - and with the BEST SONIC results obtainable - is only a matter of a few minutes when using the SMARTractor.