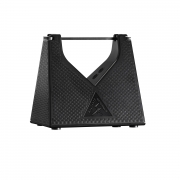 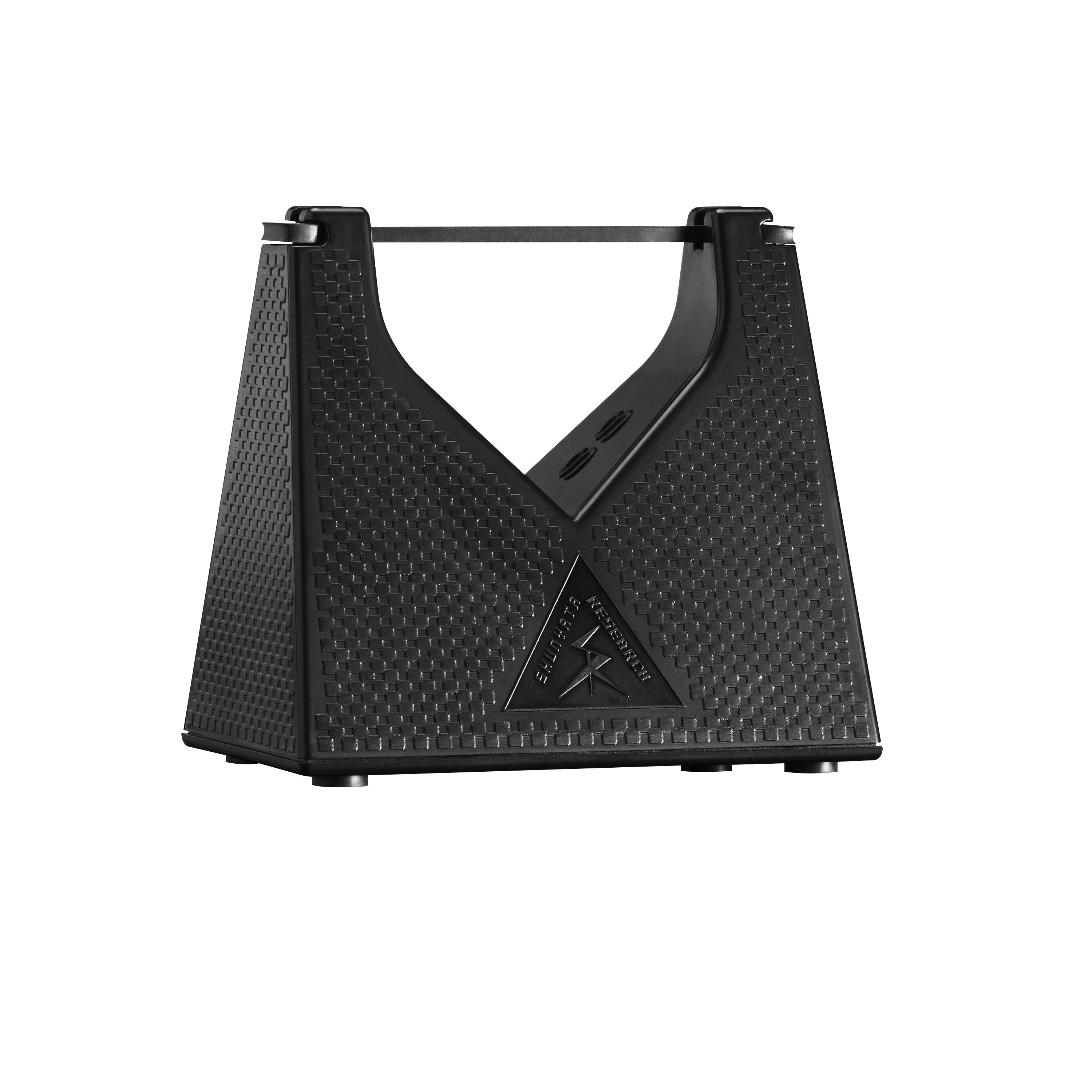 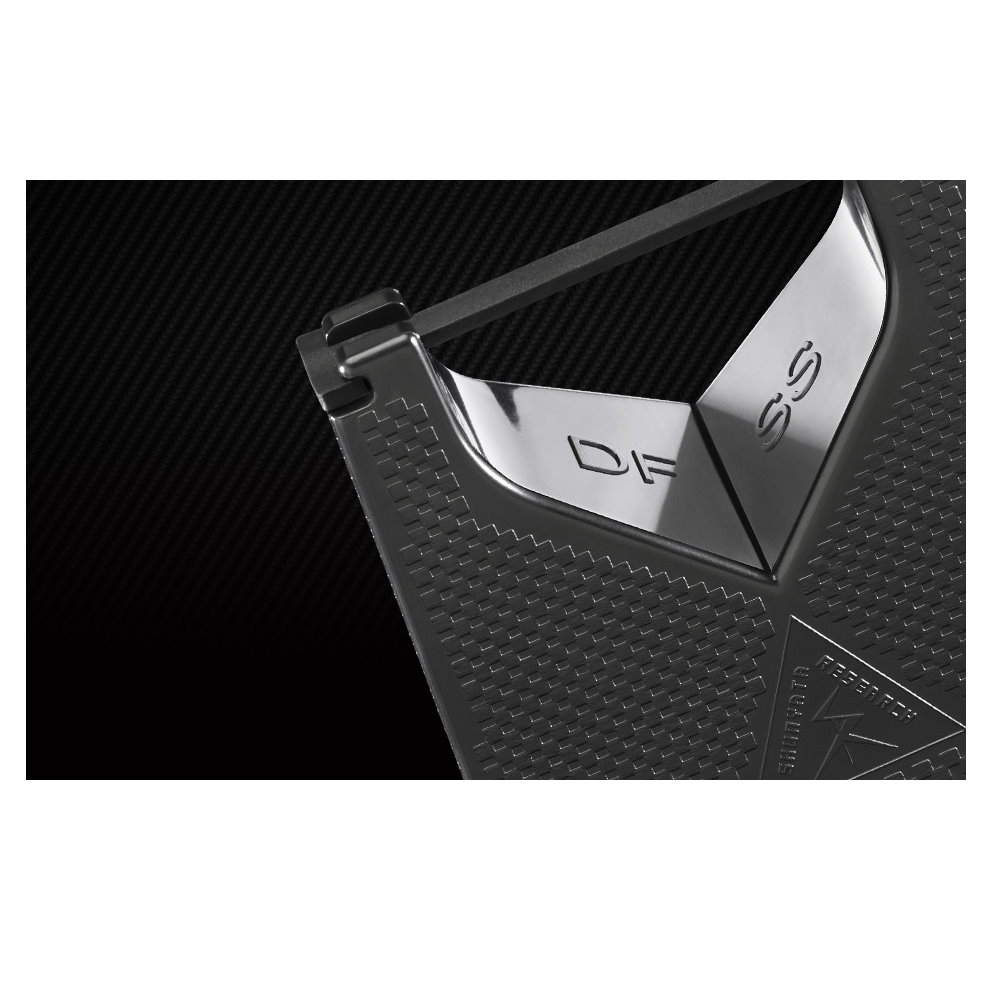 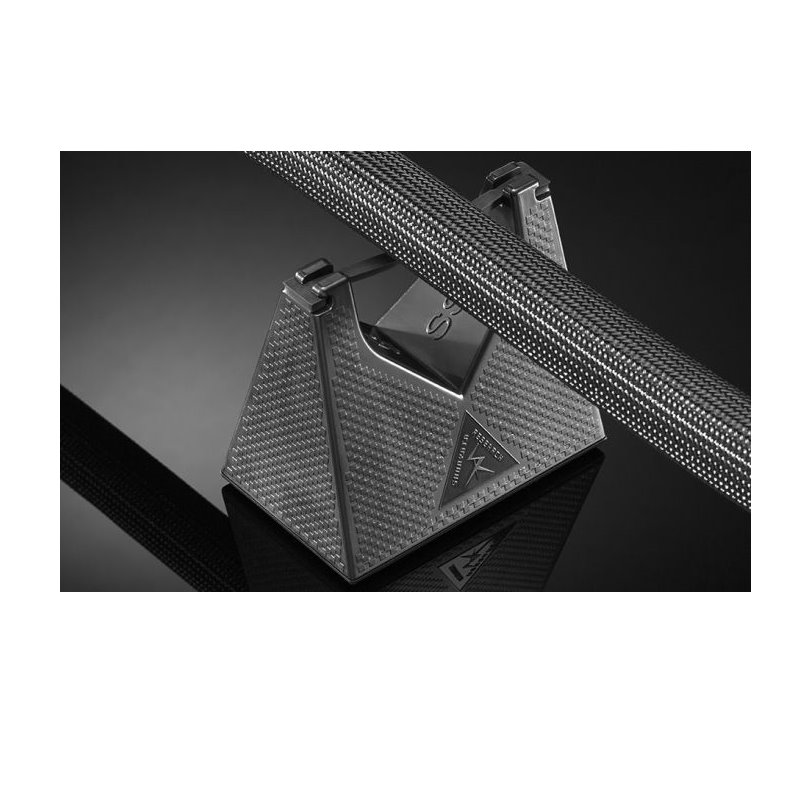 MY TAKE: Without question, the Shunyata DF-SS Dark Field Cable Suspension System is the cable elevator/isolation I've ever tried. Don't think of these as just a tweak, the DF-SS can represent a significant upgrade in a high-resolution system.

During the 2015 CES I visited with designer Caelin Gabriel at CES (which is always fascinating, educational, and enlightening) and he shared some thoughts on his latest work which was particularly interesting. We talked about Shunyata’s new cable isolator, the DF-SS. Okay, so we all realize that getting cables up off the floor is a nice little tweak, but not earth-shattering. However, Caelin assures me that the improvement offered by the new design is on the level of changing a component… say what?! Seriously, he believes the new DF-SS is a revolutionary product for the genre that can offer improvements far beyond what one would expect from such an accessory. Shunyata has even invested in custom hardware (a miniature accelerometer small enough to attach to a cable) to measure the effects of vibration on cables and the reduction the DF-SS offers. That’s quite an investment in time and money, but Caelin is all about providing objective measures to back up his claims of subjective sonic improvements. To that end, Shunyata gave a demonstration at CES which measured the vibration reduction provided by the DF-SS. They hope to post a video of that demo on Shunyata’s YouTube Channel soon. - Galen Carol https://www.youtube.com/user/shunyataresearch

The DF-SS takes the patented technology Shunyata Designer Caelin Gabriel applied in the original Dark Field Elevators (DFE & DFE v2) to an elite performance level by adding two important design innovations. In addition to the patented energy-field neutralization material used in the original DFE, the DF-SS incorporates two forms of vibration isolation that quiets energy transfer between the floor and any cable product. The most significant advance applied to the DFSS is the dual-band cable suspension bridge, designed to support any cable, power or signal, while dissipating vibrational energy through the purposefully tensioned polymer bands. The second innovation is the energy-absorbing granular compound that fills the base of the DFSS. This compound formulation absorbs floor borne energy that would otherwise couple to the cable, causing signal degradation.

These combined technologies define the DF-SS as the most technically advanced cable suspension system on the market. To prove the DF-SS efficacy, Shunyata will be publishing Accelerometer test results with the DFSS, indicating the level of isolation they provide from floor borne vibration, common to all sound system environments.

The difference in performance the DarkField Suspension System renders is dramatic and easy to appreciate when applied to literally any high-performance audio or video system. When applied as a system, the DF_SS renders a dramatic reduction in perceived noise and time smear, yielding improved clarity, depth, and spatial information within any audio/video system.

"Hi Galen, The DFSS delivered today and I really can’t believe what I’m hearing. My system is already dead quiet and the DFSS seems to enhance the width and depth, placement, and it’s like a veil has been lifted to immerse me more into the music.
I don’t even want to move them off the speaker cables.
Thanks for continuing to mention them." - David F

Follow-up from David F: "Hi Galen, I just spent another couple hours listening to music and I am even more amazed by those damn things.  It’s weird, I’m listening to music at a lower volume and it sounds louder and more complete. Also the stridency of some recordings, Janis Joplin-Pearl, are much less strident. That’s probably the album I have that I wish had better recording the most, but it is much more listenable. I’m scratching my head trying to figure out how the DF-SS can make that big of a difference. Thanks again, I’ll put a review up this evening.