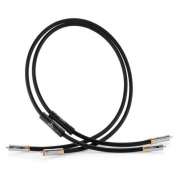 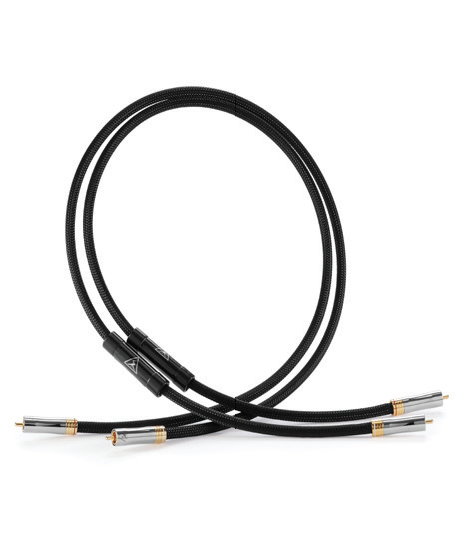 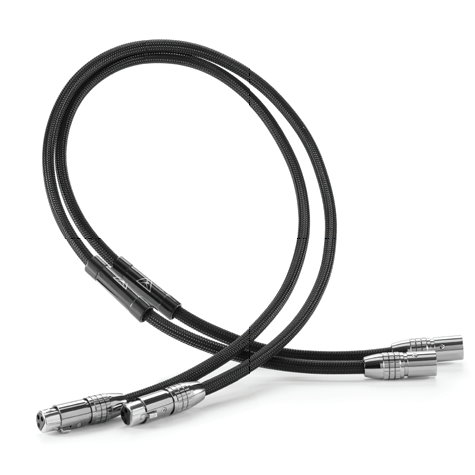 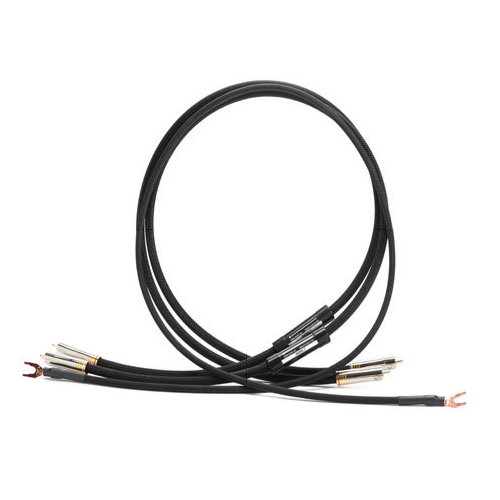 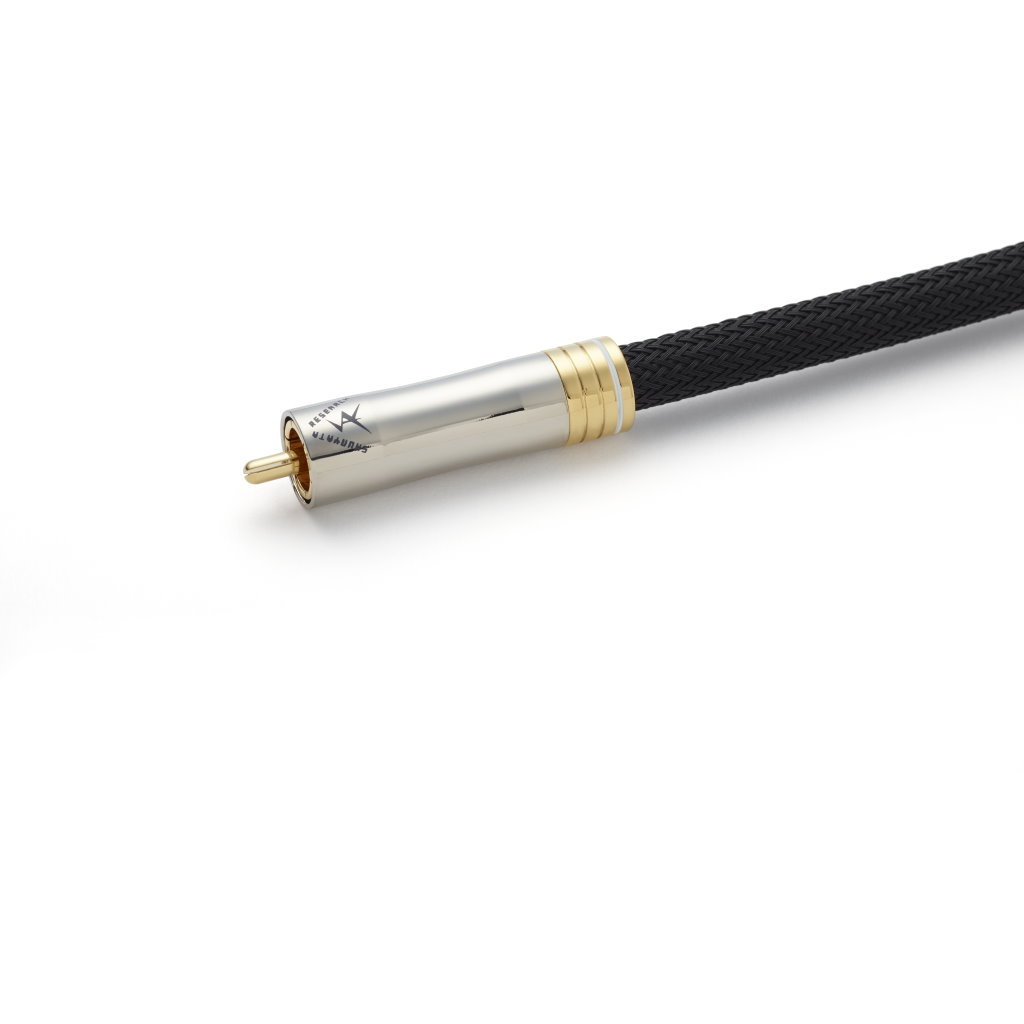 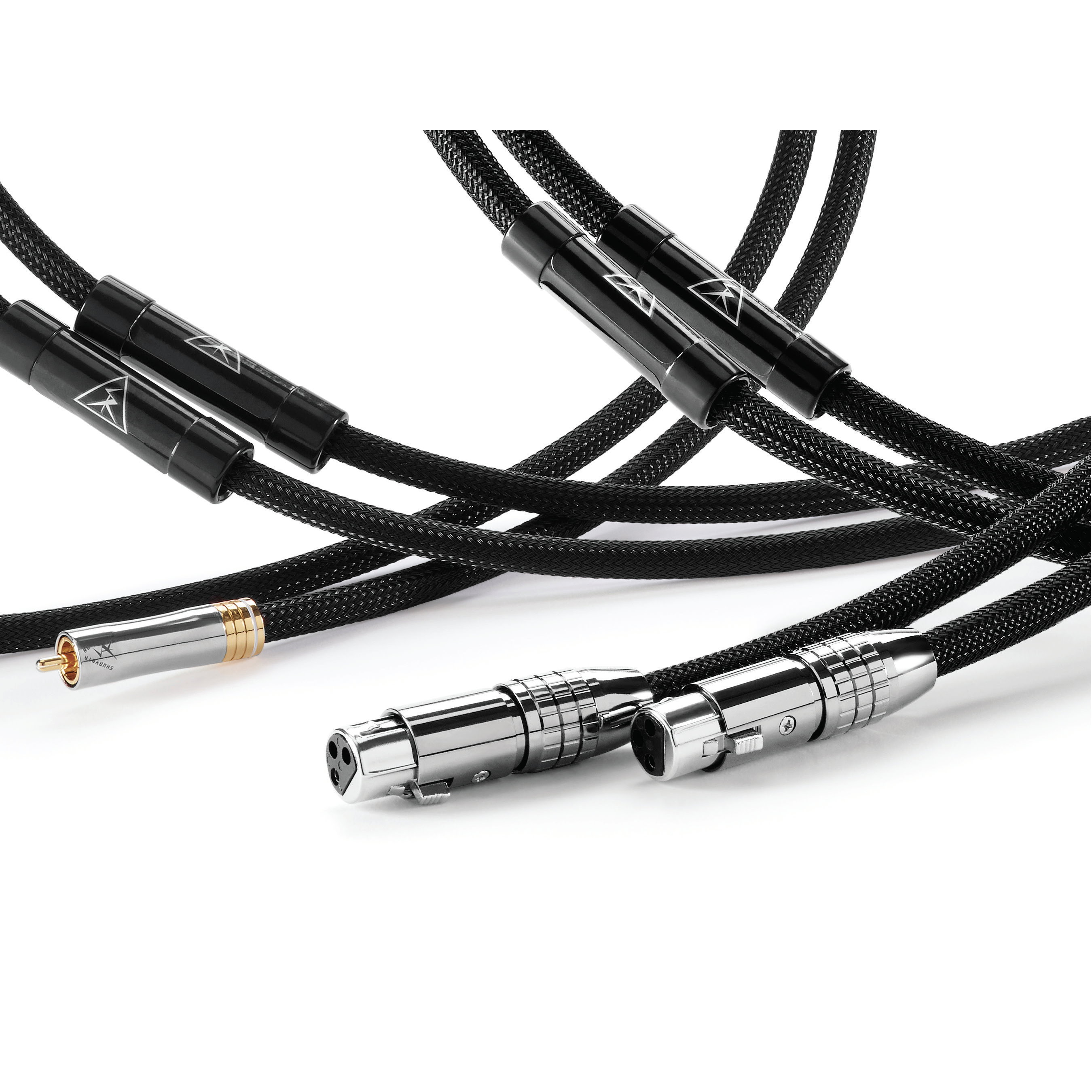 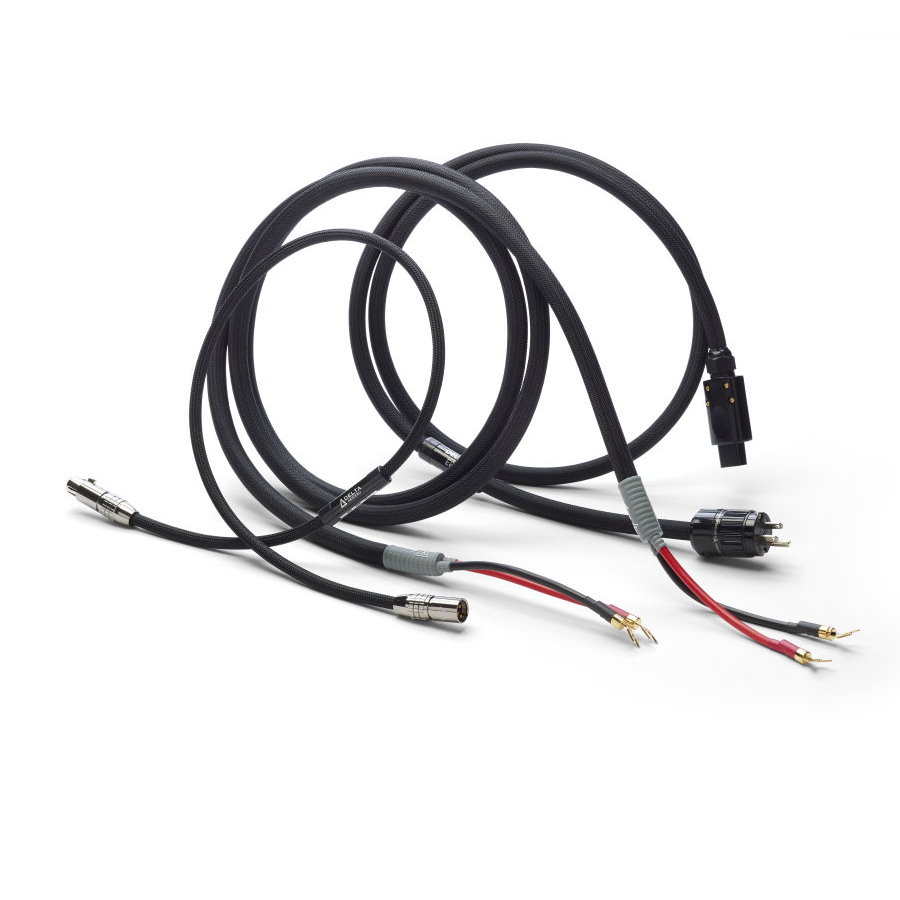 MY TAKE: Can’t think of a product line I enjoy selling more than Shunyata. The reason is simple – people love it! Virtually regardless of the system, Shunyata products consistently offer extraordinary performance and outstanding value. Let us introduce you to Shunyata products and unlock the full potential of your system. - Galen Carol

DELTA SERIES builds upon the Venom Series high-quality features with advanced fluorocarbon dielectrics, larger VTXTM conductors, and superior connectors terminated using a high-tech sonic-welding process.
The Delta power cables include Shunyata Research’s own CopperCONN® connectors made with pure copper contacts. The Delta is also the first in Shunyata Research’s NR Series of power cables to incorporate on-board CCITM noise reduction filters. Finally, the Kinetic Phase Inversion Process abbreviated KPIPTM, makes its first appearance in the Delta Series. KPIPTM is more than just another break-in box; it is a truly transformative conditioning process that goes beyond simple burn-in. KPIPTM not only makes time consuming burn-in a thing of the past; it elevates the performance of the products to which it is applied.

Analog Interconnects carry a system’s lowest-level signal. Unlike the high-speed signals in digital cables, or the mass-current traveling through power cables or speaker cables, analog Interconnects must be designed to perform a refined, yet simple purpose, which is primarily to preserve and protect the source’s original signal. With high levels of RFI, EMI and component-radiated noise ever-present, interconnects require careful consideration be given to isolation from their external environment. Less well known, but equally important factors affecting performance are internally generated micro-distortions such as skin-effect and dielectric absorption, inherent within all signal-carrying conductors.

Shunyata Research scientist Caelin Gabriel, a recognized expert in area of signal-transmission and low-level signal resolution, has developed specialized metal treatments, conductor geometries and patented technologies that addresses both the external and internally generated distortions that interfere with the superior resolution of the original signal. These technologies start with the finest raw material in Ohno Continuous Cast Single Crystal Copper, which is used in all Shunyata Research interconnect models. The Ohno Copper is then wound into hollow core conductors which Shunyata terms VTXTM (Virtual Tube Conductor). VTXTM conductors dramatically minimize conductor distortions known as skin-effect. In the Delta model interconnects, the conductors are made larger and include the finest fluorocarbon dielectrics for improved resolution and for the first time, KPIPTM (Kinetic Phase Inversion Process) is used to pre-condition conductors well beyond what normal break-in accomplishes. From Alpha through Sigma interconnects, Shunyata’s most advanced patents and technologies, such as ΞTRON® and the Transverse Axial Polarizer (TAP) are deployed, further minimizing distortion and dramatically improving resolution.

The Delta Series interconnects inherit all of the fine features from the Venom Series including the exotic Ohno copper conductors. Their performance is notably enhanced with advanced fluorocarbon dielectrics, larger VTXTM hollow core conductors and superior connectors terminated using Shunyata Research’s high-tech sonic-welding process. KPIPTM, or Kinetic Phase Inversion Process, makes its first appearance in the Delta Series. KPIPTM is not just another break-in box; rather, it is a truly advanced process that goes beyond simple burn-in and literally conditions conductors, making time consuming burn-in a thing of the past. KPIPTM dramatically elevates the performance of all products to which it is applied. The combined effects of the features found in Delta Series cables delivers a significant improvement in resolution, clarity and coherency. Delta Series cables may represent the sweet-spot in the Shunyata Research line-up with an exceptional price-to-performance ratio.

Highest Purity Copper -
Shunyata Research uses only the highest purity of copper available for the production of its wire products. OFE Alloy 101 or C10100 is the highest grade of copper with a minimum 99.99% purity and a conductivity rating of 101% IACS. OFE stands for oxygen-free electrolytic and supersedes the term OFHC (oxygen-free high conductivity). C10100 is the only grade of copper that comes with a written certification of purity. Certified by ASTM F68 C10100.

Single Crystal Technology -
Ohno wire, also called PCOCC was invented in 1986 by professor Atsumi Ohno of the Chiba Institute of Technology in Japan. Copper wire is created by an extrusion process that pulls a rod of cold copper through a small orifice which creates multiple crystalline boundaries. By contrast, Ohno wire is made by a process using heated molds that cast a wire to form a single crystalline structure. Ohno wire is well known for its exceptionally pure, grain-free sonic qualities.

KPIP Conditioning -
KPIPTM (Kinetic Phase Inversion Process) was developed by Caelin Gabriel after years of research into the underlying causes of various effects such as burn-in, wire directionality and the effects of cryogentic treatment. He discovered that there was an underlying core principle that burn-in and cryogenics only “partially” addressed. Once the governing principle was understood it became possible to create a processing technique and machine that could virtually eliminate the need for burn-in and cryogenic treatment.

Unique Conductor -
ArNi® is a type of wire created by Shunyata Research designed to be the finest quality wire available for audio purposes. It begins with the highest purity of copper available – OFE C0100 or Ohno (single crystal). Then it is formed in virtual hollow tubes eliminating skin effects and eddy current distortions. In addition, the wire undergoes our proprietary KPIPTM process.

Patented ΞTRON® -
ΞTRON® is a technology developed by Shunyata Research that prevents dielectric absorption and re-radiation in signal transmission. It requires a special type of conductor that has two signal paths and an electric field compensation circuit that creates a cancellation signal that prevents the insulation from developing a charge. ΞTRON® cables preserve the integrity of the source signal even when using very long runs of cable. Patent US 8,912,436, Patent Ch ZL201180047344.2.

Custom Connectors -
Many audiophile grade connectors are made from brass or bronze. While some may get a plating of silver, gold or rhodium, the majority of the current is carried by the contact’s base-metal. CopperCONN® connectors contain pure copper contacts which has a much higher conductivity that brass. The difference in performance is clearly audible.

Superior Termination Techniques -
Crimping, soldering, brazing and cold soldering are all inferior methods of joining two wires or terminals together. Sonic welding uses high energy sonic waves to literally join two metals together at a molecular level. There is no solder or intermediary metals involved in the process.